Queen Of Zazzau - Story Of Amina, Female Ruler Of Zazzau Who Created The First Kingdom Among Hausa. 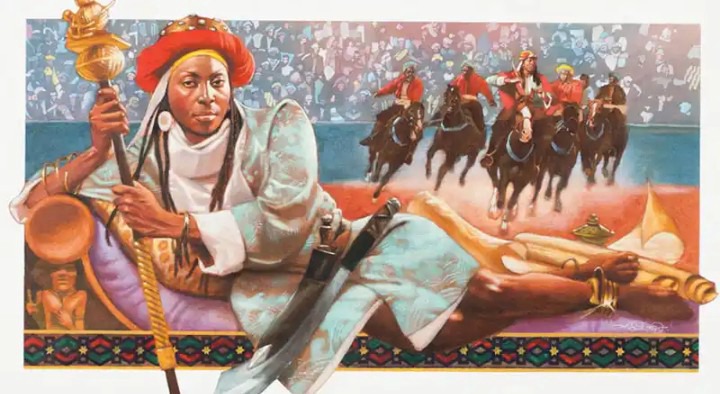 Even though, the generation of Amina might have long expired, stories about her heroic acts persist. A gripping tale of honour, blood and treachery! Such was the live and death of Queen Amina of Zaria (Aminatu Sarauniya Zazzau), the warrior woman credited for establishing the first kingdom among Hausa. 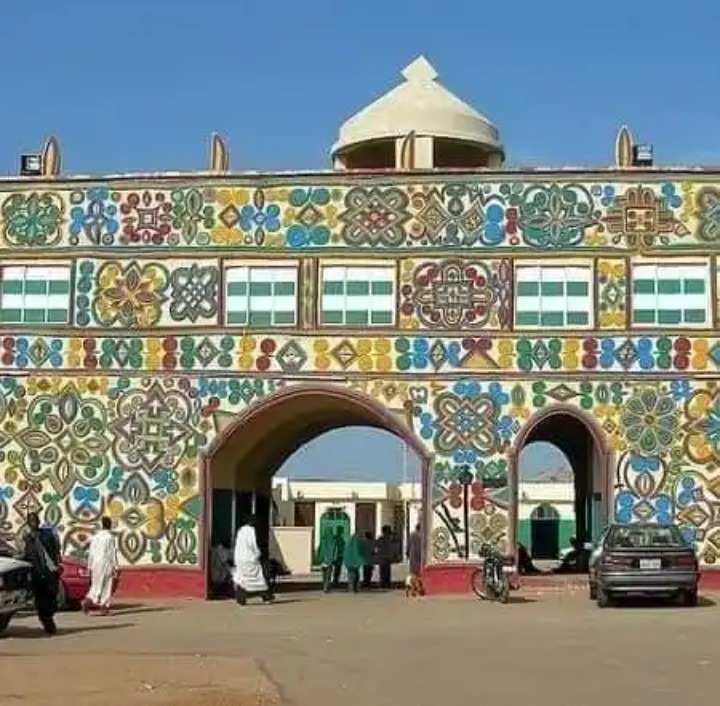 Amina wasn't only the first female ruler in the male controlled Hausa State, she also subjugated the other states being ruled by her male counterparts who paid tributes to the fearless woman; lest they faced her wrath. Zazzau was one of the original seven Hausa States (Hausa Bakwai), the other six being Kano, Rano, Daura, Gobir, Katsina and Garun Gabas. 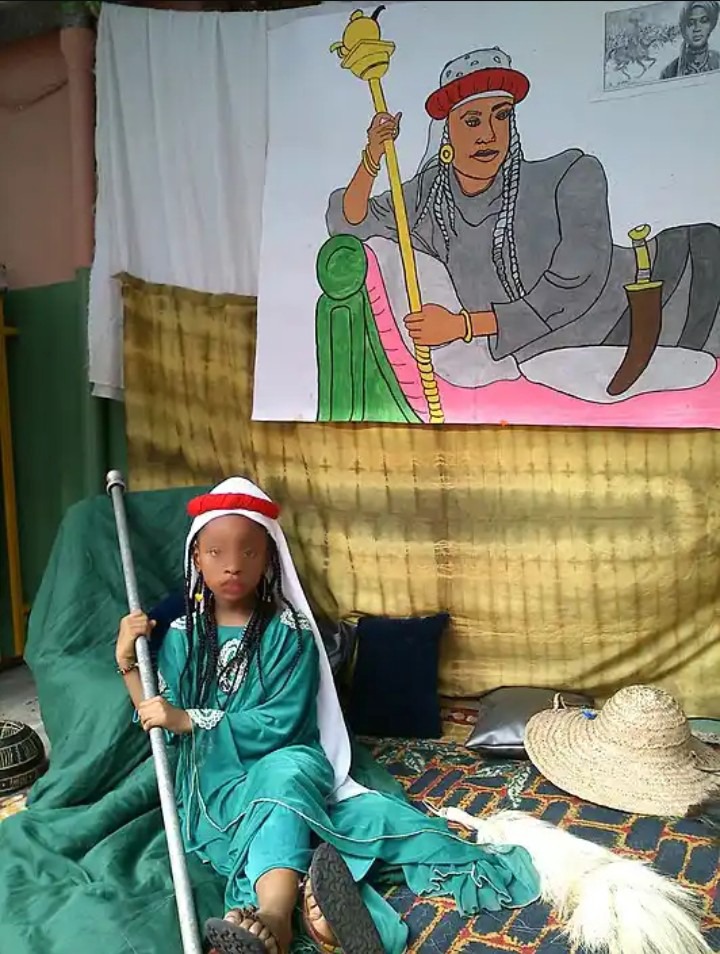 Amina was born in 1533 to King Nikatau and Queen Bakwa Turunku. Her father was the 22nd ruler of Zazzau. She had a younger sister named Zaria, after whom the modern city of Zaria (Kaduna State) was renamed by the British after the conquest of the area in 1904.

She was raised as a warrior by her grandfather who played the role of her military and political matters instructor. At age sixteen, she was named heir apparent (Magajiya), and was subsequently given forty female slaves. She got a number of marriage proposals since her early age, but didn't accept one. 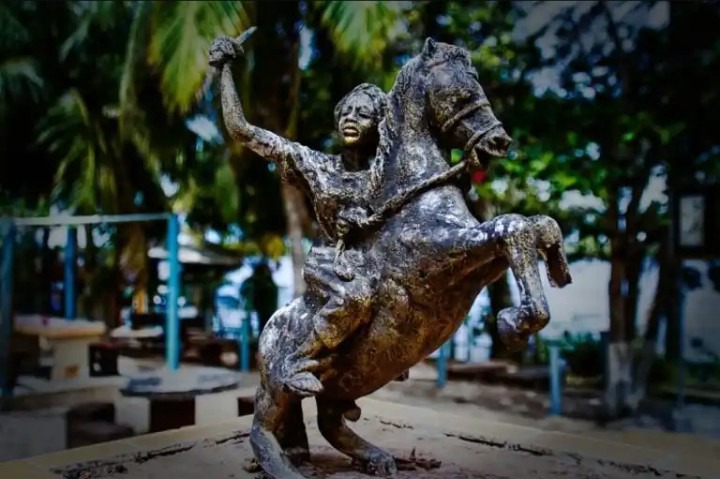 After the death of her father, Nikatau of Zazzau, Amina's brother, Karami, ascended the throne of the State. At this time, Amina had became a fearless warrior who led the King's cavalry. She became popular and widely admired for her military acumen, both within and outside Zazzau State.

When her brother, King Karami, died in 1576, Amina took over the throne as a queen and became the first female ruler of Zazzau. Before she assumed the throne, Zazzau was one of the largest of the seven Hausa States. It was also the primary source of slaves for slave markets in Kano and Katsina.

As soon as she was crowned, Amina declared war on the neighboring states. With her well trained army of 20,000 foot soldiers, 1,000 cavalry, along with her mystical golden staff, Amina waged a 34-year war against her neighbors, expanded Zazzau territory as far as Kwarafa and Nupe, and established the first kingdom among Hausa States. 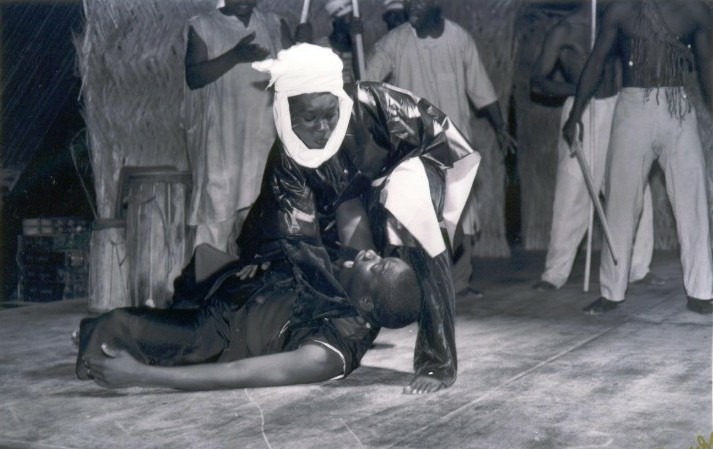 One of the accounts of Amina's history says she always took a new lover for one-night stand in every town she went through. The one-night groom would however be beheaded in the morning so that no man saw her nakedness and live to tell the tale. 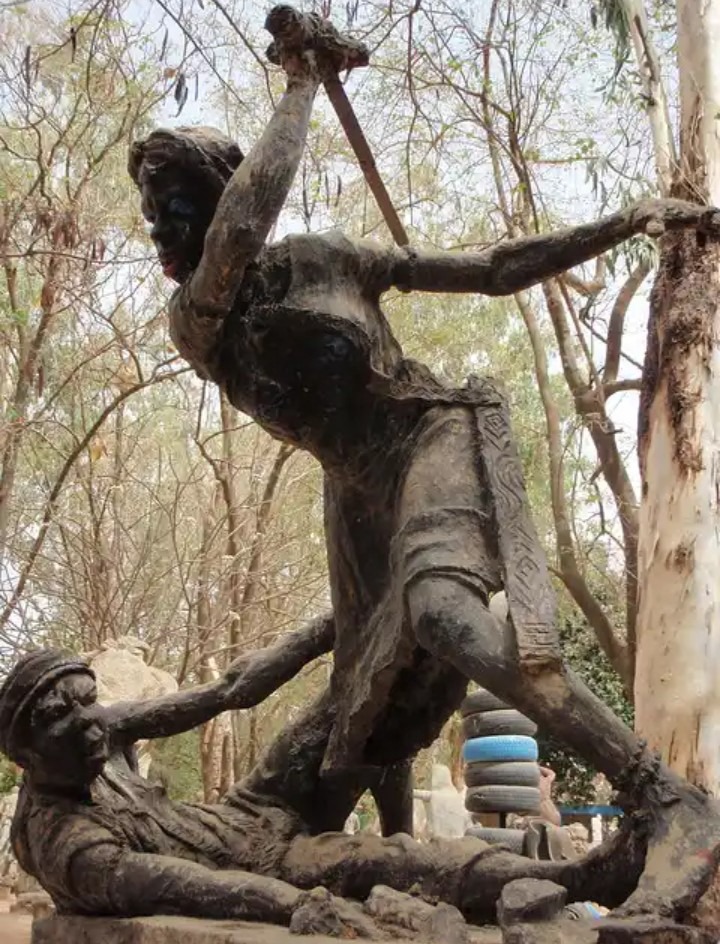 Under her, the kingdom of Zazzau controlled more territory than ever before. She always built fortresses round the territory under her control. Many of these fortresses were destroyed by the British during the 1904 conquest of Zazzau, however, Some, known today as Amina's walls (Ganuwar Amina), still endure till today.

Amina died during a military campaign against the ancient Attaagar kingdom of Nupe people, in the present day Bida. By the time of her death, she had pushed the frontiers of Zazzau to the south of Niger-Benue confluence. 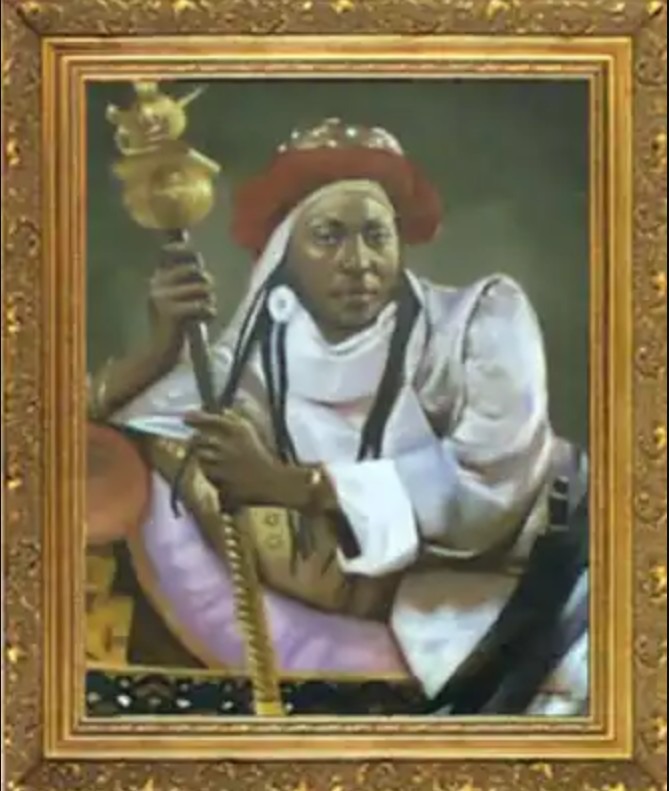 No other Hausa woman has enjoyed the lasting reputation that posterity accorded Amina, the warrior Queen. While writing about her, Muhammad Bello, an early 19th-century Hausa historian and the second Sultan of Sokoto wrote:

"Strange things have happened in the history of the seven Hausa States, and most strange of these is the extent of the possessions which God gave to Aminatu, daughter of the ruler of Zazzau. She waged war in the Hausa lands and took them all so that the men of Katsina and the the men of Kano brought her tributes. She made war in Bauchi and against the other towns of the south and of the west, so that her possession stretched down to the shores of the sea [Niger]." 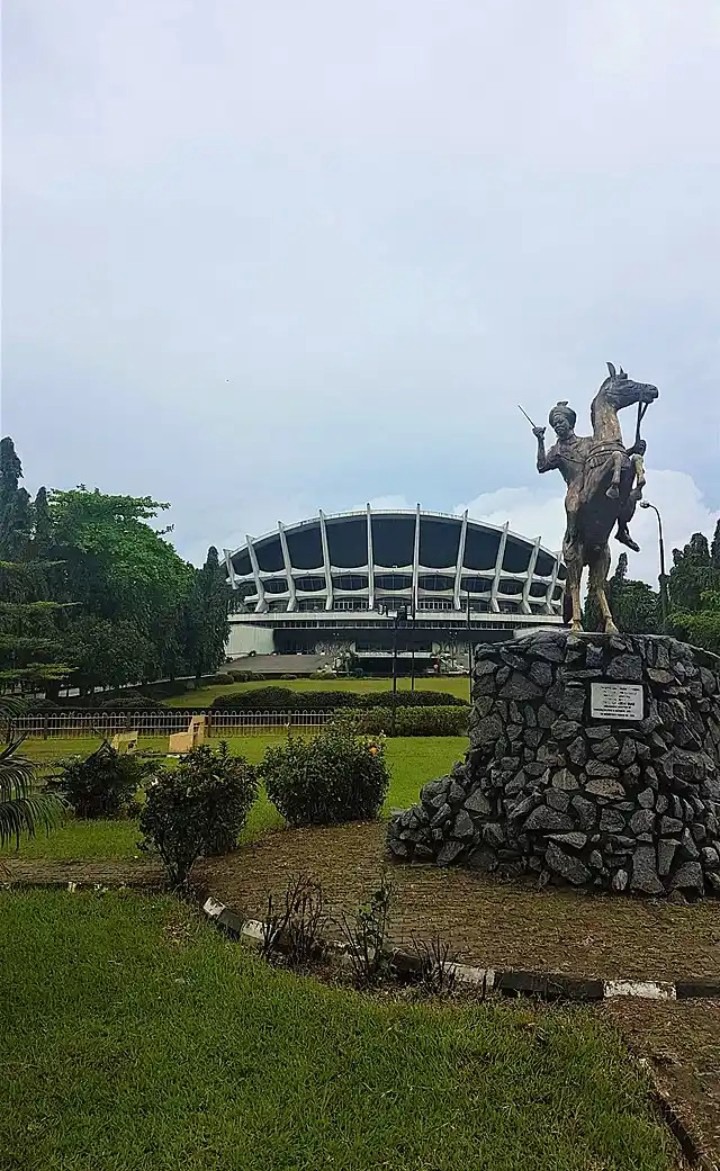 Queen Amina of Zazzau has been the subject of many work of art in Nigeria. One of her sculptural depictions gallantly adorns the entrance of the National Arts Theater in Lagos State. Her struggles largely contributed to the current high profile status of the Zazzau Emirate. 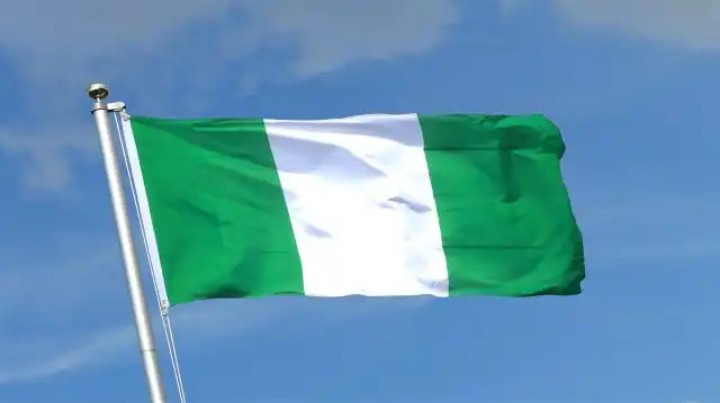 THAT THE LABOR OF OUR HEROES PAST SHALL NEVER BE IN VAIN! 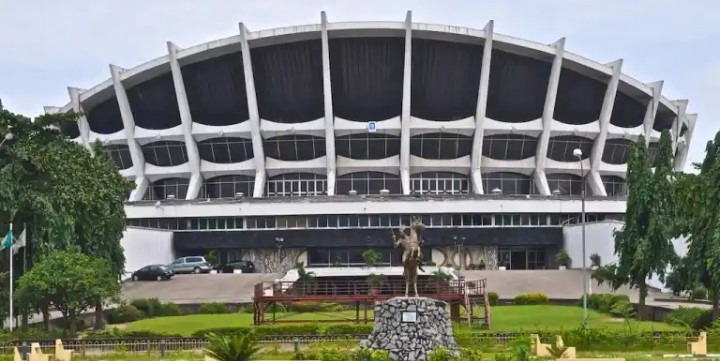 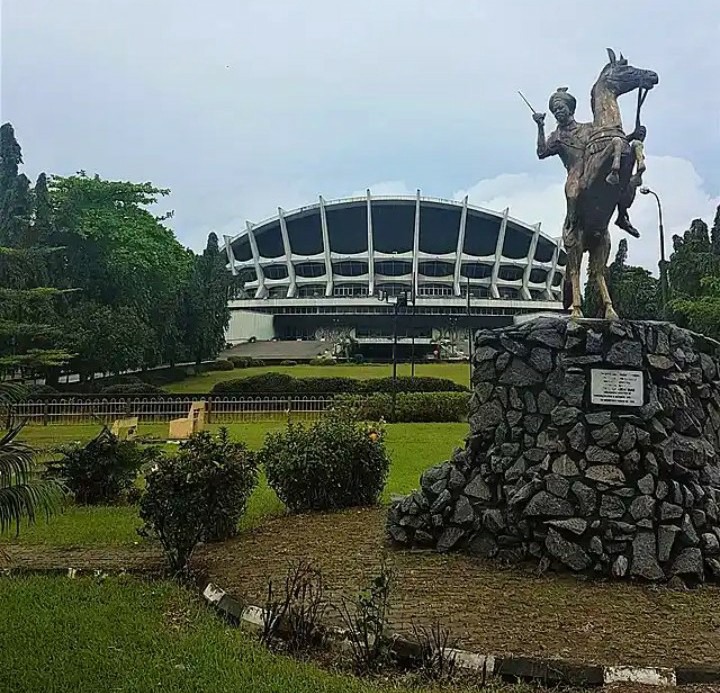