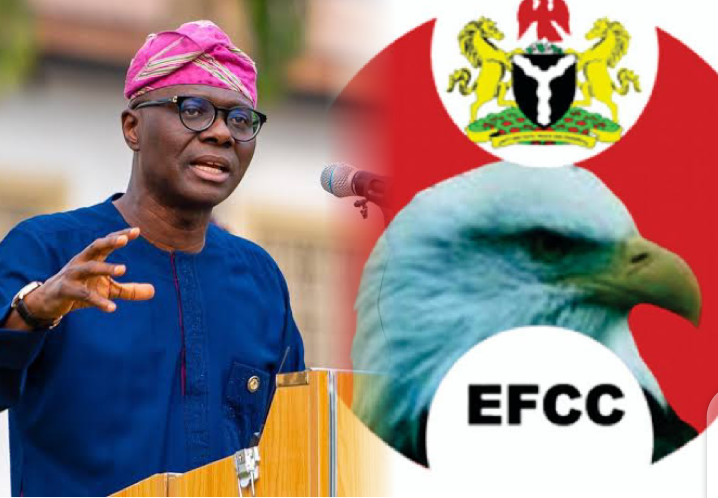 Lagos State Governor, Babajide Sanwo-Olu, on Thursday, declared support for the 2023 presidential bid of the National Leader of All Progressives Congress, Bola Tinubu, when he inaugurated the SouthWest Agenda 2023 in Lagos. 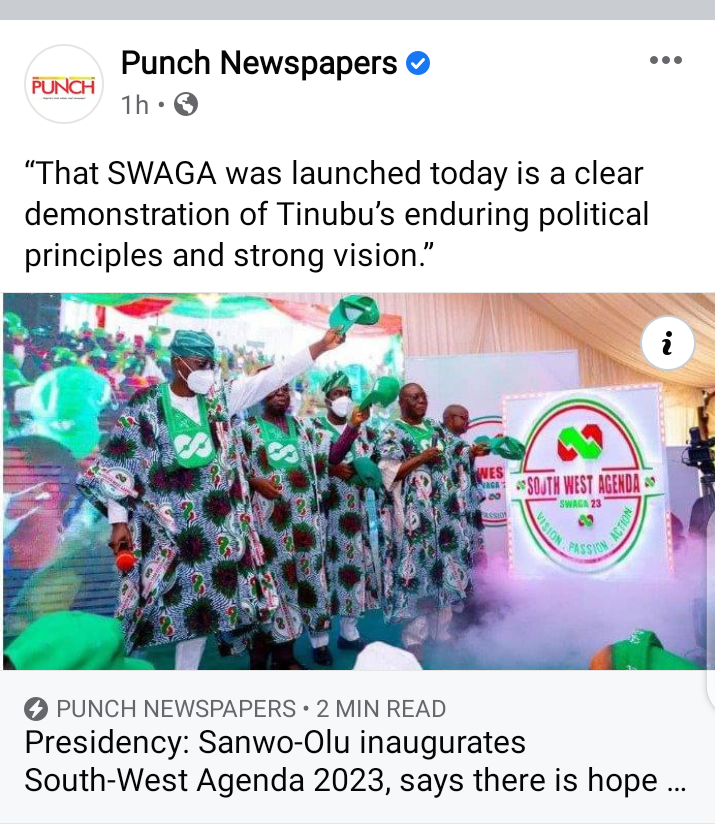 Tinubu, who celebrated his 69th birthday in March 2021 and command an arguably large following of political loyalists, has been reported to nurse presidential ambition in 2023.

Taking to his Facebook page with photos of the event, Sanwo-Olu wrote, “I attended the formal launch of the SouthWest Agenda 2023 in Lagos today (Thursday) where I described Asiwaju Bola Tinubu as a rallying figure and a beacon of hope for progressive leadership in Nigeria.

The couple was arraignment for money laundering allegedly carried out in 2015. 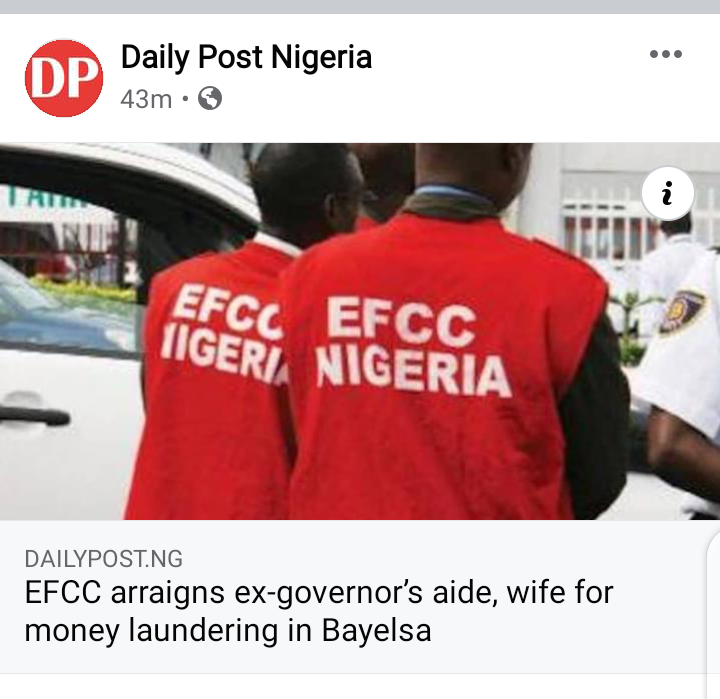 Embelakpo is a former aide on Sustainable Development Goals to the then Gov. Seriake Dickson of Bayelsa.

The News Agency of Nigeria (NAN) reports that following the opposition by Defence Counsel, Mr Andrew Arthur, to the arraignment of Embelakpo, the latter’s plea could not taken.

Senator Michael Bamidele Opeyemi representing Ekiti Central Senatorial district has hinted that the N16.39 trillion 2022 annual budget was arrived as a result of President Muhammadu Buhari’s ambition to address critical infrastructure in the next one and final year of his tenure. 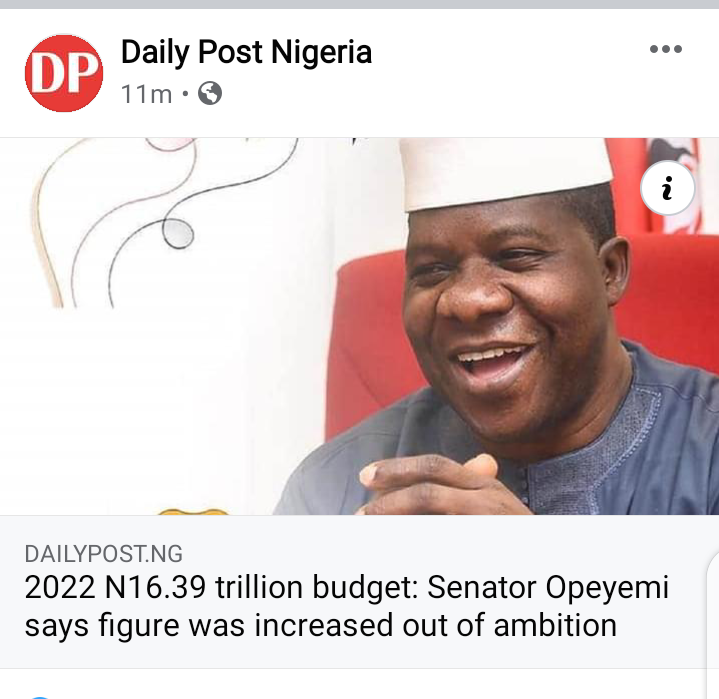 Speaking in an interview with journalists in Abuja, Opeyemi noted that the increase of the budget above that of 2021 in trillions was to also respond to shocks brought about by the global pandemic that has left human devastation on all fronts of the economy.

According to him, it wasn’t out of place that the government in its final phase would want to leave legacies, hence, the budget reflected that it’s not going to be business as usual which is that the government faces the reality or shy away from it.

Former President Olusegun Obasanjo, on Friday, declared that his faith in a better Nigeria remains unshakable.

Obasanjo insisted that, the country would not be destroyed by the myriads of challenges confronting it.

Obasanjo disclosed this during the opening of Abeokuta Window on America held at the Olusegun Obasanjo Presidential Library Abeokuta, the Ogun state capital. 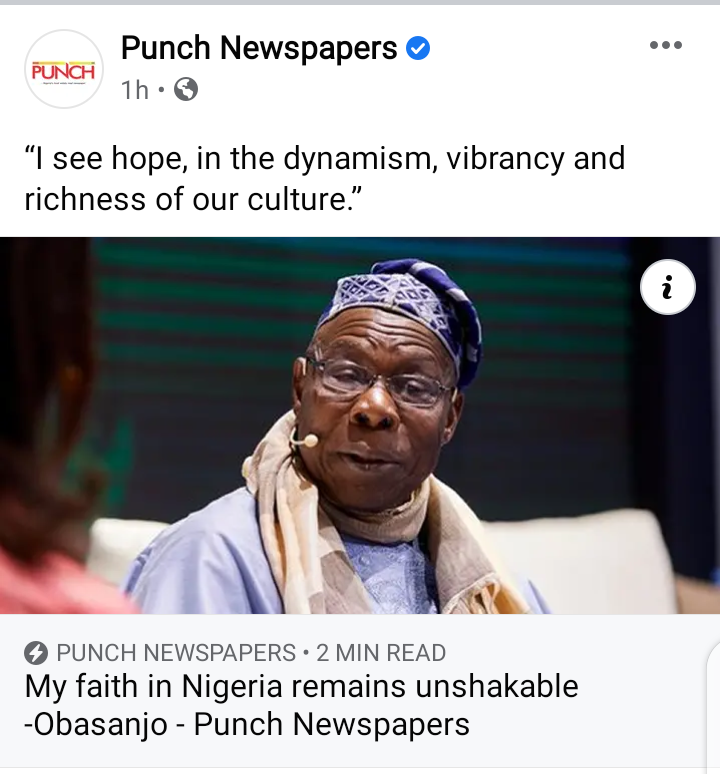 The Abeokuta Window on America is a type of American Space located in over 150 countries worldwide set up to engage Nigerian youths in learning about American culture and politics.

The Space is set up in the youth centre of the OOPL in partnership with US consulate in Nigeria.