Edo: Oshiomole's Opponents In Edo Are Hoping For A Miracle For Obaseki On The Election Day (Opinion)

By AtrociousWriter (self media writer) | 1 year ago

Edo: Oshiomole's Opponents In Edo Are Hoping For A Miracle For Obaseki On The Election Day (Opinion) 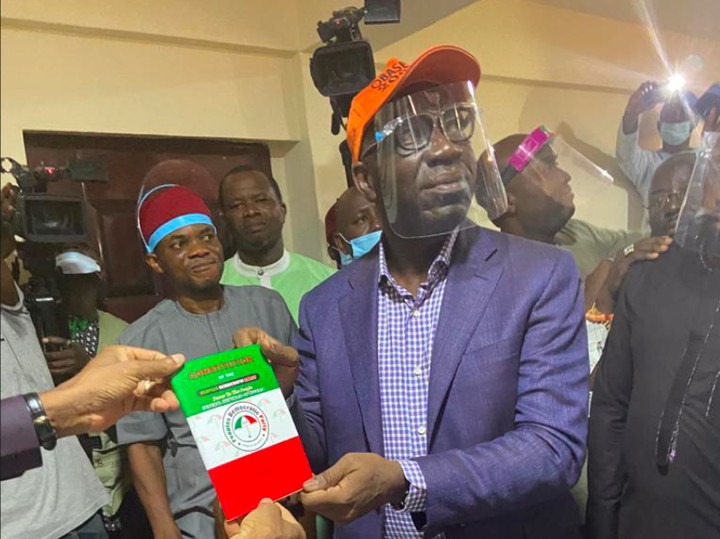 NOTE: This is my personal opinion about the political difference between various parties in Edo state.

Let me begin by saying this. Hardly will you see any Nigerian who is a member of another Political party other than the APC and the PDP.

During many years of studying politics in the university, I haven't met with 7 people or supporter of a political party other than the APC and the PDP and this again, further shows that both parties are doing well in terms of growing their support base.

Also, it is evidently clear that over the world, people are of different opinion about issues even when it is crystal clear that one party is doing excellently well than the other. This is the case of the current political atmosphere in Edo state.

Many PDP supporters would find it difficult to accept the fact that the APC is more strategic and has more support base than their party. Just recently, I read many news on social media and other media platforms stating the number of APC members that defected to the PDP due to certain reasons.

However, I have not seen pictures, videos or Physical Evidence to back this clams. Some PDP chieftain has even claimed that the PDP has ran out of membership card. should I be shocked?

Campaingn has not started in Edo state, yet, APC is leading already and this seen in the unexpected turn out which oshiomole received when he came to Edo few days back.

Since obaseki's defection to PDP, such ground has never gathered to cheer the PDP. Even while many members of the PDP welcomed obaseki to the PDP Secretariat to get his nomination form, the crowd that welcomed him was not up to 2 Percent of those that welcomed oshiomole.

These are no biased statements, they're facts. check your records.

As a student of Politics, I learnt that it takes majority votes to win Election. Election has not started and the APC is gaining grounds already, Strategising in the day and in the night just to achieve their goal.

I also learnt that the APC agent have been moving from house to house to introduce people to their mission and agenda. Yet, the PDP are doing nothing aside playing videos of oshiomole and Ganduje on billboards.

With this actions and inactions, it should be noted that as long as both parties continues this way, the APC would get more support and votes in the forthcoming Election and it's Candidate would become the next governor.

Note: This is an analysis, my opinion.