Delta State is an oil and agricultural producing state in Nigeria. It is situated in the region known as the South-South geo-political zone. 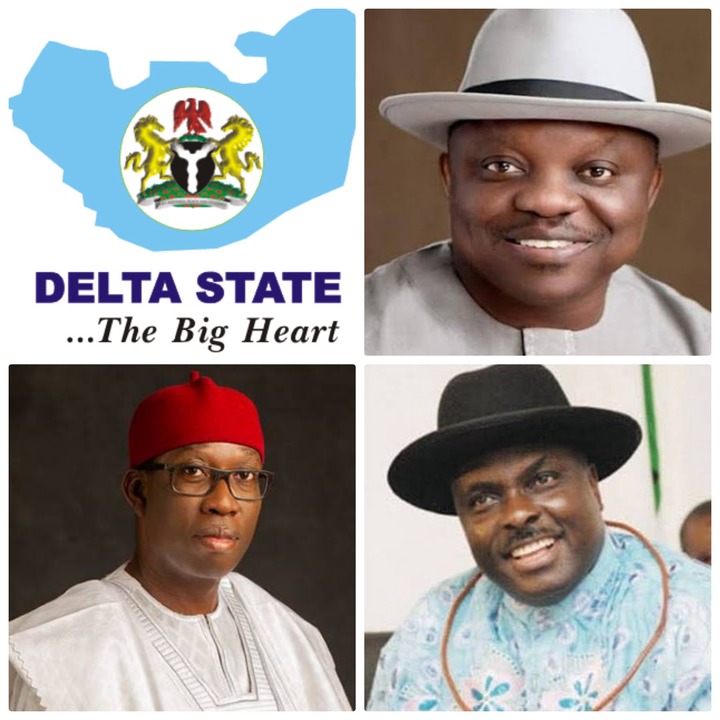 Nigeria is a federation of 36 states and 1 Federal Capital Territory. Each of the 36 states is a semi-autonomous political unit that shares powers with the Federal Government as enumerated under the Constitution of the Federal Republic of Nigeria.

Luke Chijiuba Ochulor served as the first Military Administrator of Delta State, Nigeria, appointed in August 1991 after the state was formed from part of Bendel State during the military regime of General Ibrahim Babangida.

Abdulkadir Shehu was acting Administrator of Delta State, Nigeria between November and December 1993.

Shehu was also Delta State Commissioner of Police and filled in after the elected government had been dismissed until Colonel Bassey Asuquo was appointed administrator.

Bassey Asuquo was a Nigerian soldier who served as Military Administrator of Delta State between December 1993 and September 1994, and then Edo State from September 1994 to December 1996, during the military regime of General Sani Abacha.

Ibrahim Kefas served as Military Administrator of Cross River State in Nigeria between December 1993 and September 1994, and then of Delta State until August 1996 during the military regime of General Sani Abacha.

﻿John David Dungs served as Military Administrator of Delta State from August 1996 until August 1998 during the military regime of General Sani Abacha.

Walter Feghabo was then appointed administrator of Delta State in August 1998 during the transitional regime of Abdulsalami Abubakar handing over to the elected civilian governor James Ibori on 29 May 1999.

James Onanefe Ibori is a Nigerian politician who was Governor of Delta State in Nigeria from 29 May 1999 to 29 May 2007.

Emmanuel Eweta Uduaghan was the Governor of Delta State from 2007 to 2015.

Ifeanyi Arthur Okowa is a Nigerian politician who is the incumbent Governor of Delta State.

﻿He was inaugurated as a governor on 29 May 2015 after winning the state elections conducted in April 2015.

Content created and supplied by: Bassey2222 (via Opera News )