By Omotee_writes (self media writer) | 10 months ago 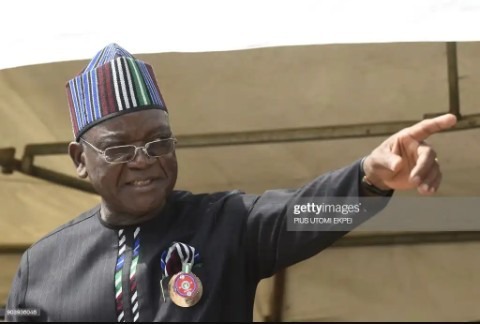 The Executive Governor of Benue State, Governor Samuel Ortom, have come under attack by the presidency, following the interview he had on the Sunrise Daily, a Breakfast Programme that comes up on Channels TV.

The presidency reacted in a message by the senior special assistant on media, and publicity, Garba Shebi,

The extract of the message reads;

"Governor Samuel Ortom has few political principles. We can see this from the fact that he has changed political party five times during his undistinguished career. Every time he feels the wind may be blowing in a certain direction, he follows it.

“Unfortunately, for the good citizens of Benue State, the most dangerous direction he blows in today is that of sectarianism and ethnicity. In an attempt to boost his sinking political fortunes, Ortom takes the cheapest and lowest route possible by playing on ethnic themes – and in doing so knowingly causes deaths of innocent Nigerians by inciting farmers against herders, and Christians against Muslims.

“Specifically, Ortom stirs up hatred by targeting one single ethnic group in Nigeria – using language reminiscent of the Rwandan genocide.”

In this article, I will be sharing 4 things, out of the many statement made by Governor Samuel Ortom, in his interview with channels TV, that might have warranted the reaction by the presidency;

1. He stated clearly, that he will not allow the open grazing policy in his state, he futher stated that the President Mohammed Buhari, will have to kill him first, before he can have the open grazing in his state. This statement is indeed very bold, and might have strikes a nerve, within the presidency.

2. Governor Ortom, also chided the president, for not declaring the herdsmen terrorist, but is quick to declare Sunday Igboho, Nnamdi Kanu, and their likes as terrorist, this statement is indeed very brave, and might also have prompted the reactions from the Presidency.

3. The Governor also said that he does not kick against Fulani people who are peace loving and conducting their activities within the state, but that anyone among them found indulging in open grazing will be arrested and prosecuted accordingly. This public debunking of a policy made by the president, could also be one of the reasons, why the presidency had to react.

5. Lastly, Governor Samuel Ortom pointed out how quick and fast it was for the federal government to quickly arrest Sunday Igboho, and Nnamdi Kanu and put them in custody, but fail to use the same energy to apprehend the herdsmen who were killing people.

What do you think about what Governor Ortom said?

Do well, to drop your opinions and contributions

Content created and supplied by: Omotee_writes (via Opera News )