Over the years, what we hear people say about African leaders have been negative upon negative comments. I personally believe that as human beings we have good sides as well as the bad, we have what we are good at doing and those things we are bad at, we have our strength and our weakness too.

People tends to dwell so much on the weak point or bad sides of others than the qualities they have. Is it normal? May be!

In this article, I will be dwelling on the positives by opening your eyes to the good sides of three African leaders you probably don't know about them as the negatives seems to have since overshadowed their positive sides.

Permit me to start from the home front. Nigeria has a country have been led by both the military men and civilians since independence in 1960. And in my counting, I was able to arrive at fifteen leaderships under twelve personalities.

The most talked about is the man called Sani Abacha who ruled this country (Nigeria) from 1993 until his death in 1998.

Many Nigerians don't know that this man brought about stability in the economy. You may wonder how, that couldn't have happened during his time as a dictator. But let me shock you. Abacha's administration brought about increase in the country's foreign exchange reserves from $494 million in 1993 to $9.6 billion by the middle of 1997, and reduced the external debt of Nigeria from $36 billion in 1993 to $27 billion by 1997. Amazing? Let me add that Abacha also constructed between 25–100 km of urban road in major cities such as Kano, Gusau, Benin, Enugu to mention but a few.

What about inflation that the country is still struggling with till date? Abacha reduced the country's inflation rate of 54% through his inflationary measure which was well executed and economically driven.

I move to number two on my list here. 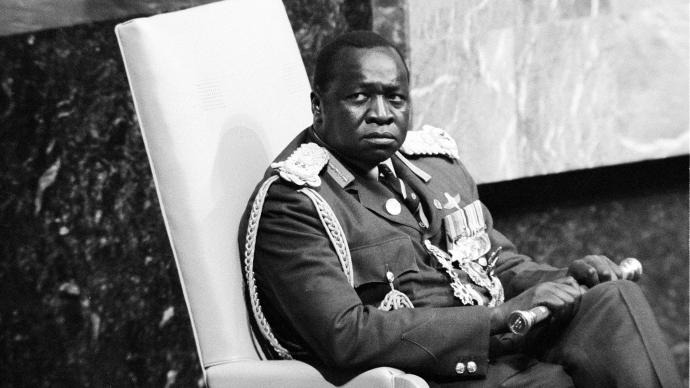 Idi Amin need not much introduction as far as Africa politics and leadership is concerned. He was recorded to be an athlete during his time in both the British and Ugandan Army. Amin was the Ugandan light heavyweight boxing champion from 1951 to 1960, as well as a swimmer.

He drastically reduced the level of importation of goods into Uganda from foreign countries especially goods coming in from Asia thus saving his country over $12 millions annually within a period of six years, between 1972-1978.

And here comes number three man on my list... Libya economy under Muammar Gaddafi saw her per capital income rose to more than US$11,000, the fifth highest in Africa.

﻿Gaddafi ruled for 42 years, leading Libya to a significant advance in social, political and economic matters that were recognized and admired by many African and Arab nations at the time.

That even the United Nations Development Programme (2010) testified and considered Libya a high-development country in the Middle East and North Africa.

Accordingly, UN's submission on Libya was summarized as follows: translated status meant a literacy rate of 88.4 percent, a life expectancy of 74.5 years, gender equality, among several other positive indicators. It is also record as well that these three men love their families. They were said to be very close to their children especially.

As I conclude, none of them is on earth anymore, but they will surely be remembered by Africans especially their country people for one thing or the other... either positively or for the negatives.