NIGERIA'S DEMOCRACY: Do People's Vote Count? See This Critical Explanation To The Question.

Read through till the end. 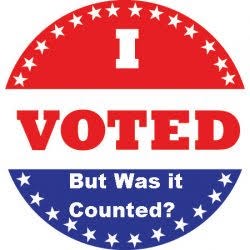 This basic definition was given by former US president Abraham Lincoln (1809-1865). "Government by the people" as quoted in the simple definition of democracy above, is as it were, supposed to confer the right of selecting government officials and rulers on the people being governed through a fair selection process called 'Election' and by citizens' respective choices as cast in their votes. In Nigeria however, "Government to the people" will better describe the kind of democracy practiced. That is, a government given to the people without as much correlation with the outcome of the true and fair results of the electoral process which obliges citizens to vote. To rightly state the point, Nigeria is a country where votes don’t count. Recently, series of petitions in court and tribunals bore down on missing, omitted, falsified, wrong and miscalculated votes. There is also a plethora of cries by the masses on the poor reflection of their votes cast in elections on the results. These all show that 'election' is increasingly becoming an instituted tool for obfuscating the true process which determines election outcomes. 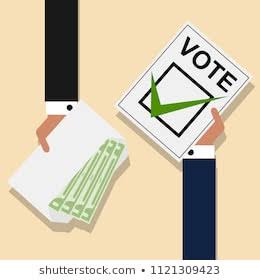 In Nigeria today, many of its citizens who are eligible to vote find it better not emphasizing their franchise because of different grievances they have against the election process one of which includes results being influenced more by corrupt practices rather than cast votes. The electoral governing body in Nigeria has failed overtime. Nigeria’s electoral process has been taken over by thuggery, violence, bribery, and ballot box snatching. The past three administration at all levels of governance have not been void of electoral corrupt practices. Thousands of legal votes have been either destroyed or not recorded. Also there is an increase in the reports of low turnouts in election and yet results are falsified for those voting centres. Democracy is in a meltdown when 70 voters don’t bother to turn up for a presidential election. 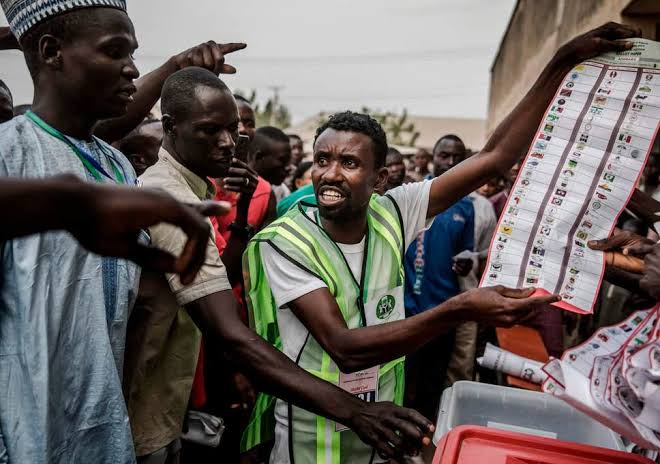 Democracy has failed so much in Nigeria as voters no longer desire to care about wins. It will suffice to say that even when votes are literally counted, it still doesn’t matter to the election outcome. Radical democratic thinking in Nigeria, will decode that democracy means something deeper and wider than mere election. 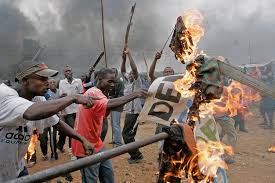 This can be described as a democratic anarchy system. In Nigeria electoral rigging is the unlawful assertion of devious or shrewd influence on election procedures through fraud, thuggery, ballot fixing and plot between electoral officials and party agents to influence and alter the results of an election. It has become spitefully an increasing event in the Nigerian democratic process and a means to ensure victory at the polls while overturning current concept of ‘credible’, ‘free and fair’, democratic process. They are many unresolved problems in Nigeria but the issue of corruption includes purchase of voters with money, promises or special favors, coercism, intimidation and interference with freedom of election. Votes are bought, losers end up as the winners in the election, corruption in offices involves sales of legislative votes, administrative, judicial decision or government appointment. The number of elections in Nigeria since 1999 has been overwhelmed with swinging malpractices in the electioneering and political process. corruption takes place at all levels of political authority. All these is as a result of the politicians and political decision makers who are entitled to make, establish and implement the laws in the name of the people who are also corrupt. It also takes place when policy and legislation is suited to benefit politicians. With all these corrupt practice in our electoral system, it is no exaggeration to state that in Nigeria, citizens' vote is not the outright determinant of the election results and outcome.

Photo credit: All photos used were sourced from Google images and used for illustration