By QualityGist (self meida writer) | 21 days

No matter your perception or belief concerning president Muhammad Buhari, it can only be categorized as personal opinion. It can never be generalized. Even if you are perceiving him as a bad leader, there are those who are already happy over his achievements within the country.

Specifically, the effort of the administration of president Muhammadu Buhari in resurrecting Railway transportation which was long dead before he came into power in 2015 is earning him accolades from well-meaning Nigerians within and outside the country.

The completion of Itakpe-Warri Rail Line which is just one among the rail line projects in the country today, is been commended by several Nigerians at the moment. Recall that, the project which could not be completed by previous administrations, became a reality under president Buhari in his first six years in office.

To show you that, some Nigerians are actually very happy over the development, a community Leader was seen in a happy mode as a train was recently spotted, conveying pipes along Itakpe-Warri Rail line. The man was seen waving at the Wagon which was dragging the pipes about in a video as posted by a Twitter user moments ago on the social media platform.

Reacting to the action of the community leader, the lady who sheared the video on Twitter, applauded president Muhammadu Buhari for bringing the project to reality 33 years after the project was flagged off, but could not be completed by successful governments.

Thank you, Mr. President for making the project a reality, Iyalaya noted on her tweet that contained the video. See the tweet and some photos taken from the video below: 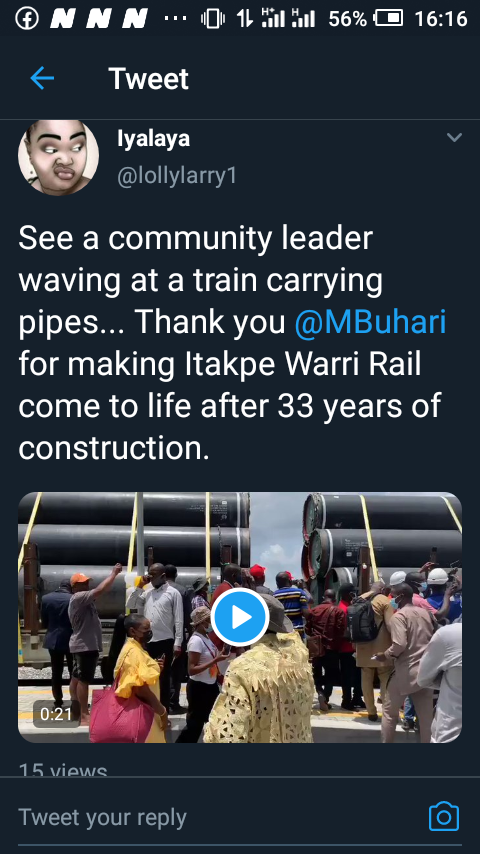 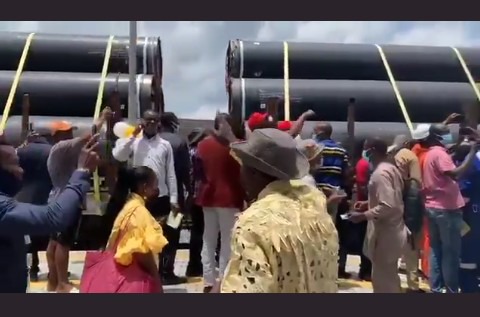 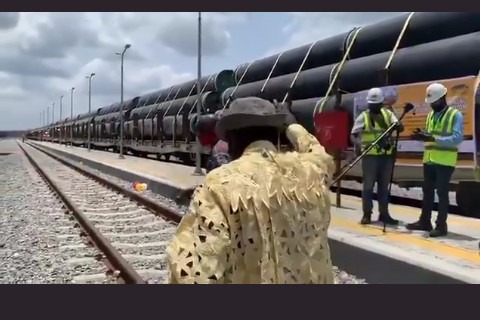 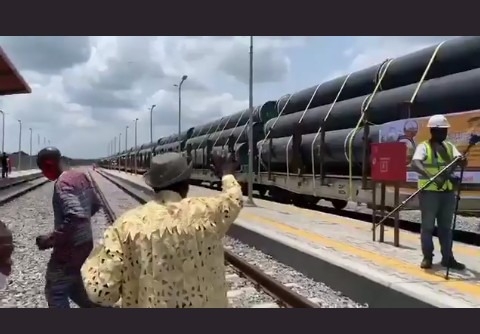 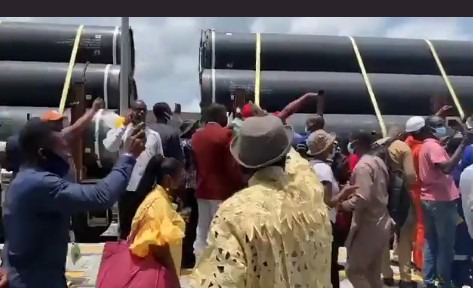 Recall that, movement of gas-pipes using railway began recently on the Itakpe-Warri Rail Line. Although the government planned to officially flag-off the transportation mean in the nearest future, the people along the rail line corridor which start from Kogi to Delta State is already having the feeling of the dividend of democracy.