By PacketTracer. (self media writer) | 8 months ago

According to a report from Peoples Gazette, Lai Mohammed, Nigeria's minister of information and culture, the country is not a failed state and cannot follow in the footsteps of Afghanistan, where the Taliban terrorist group has taken over the country's leadership. This was stated by the minister during interviews with BBC Radio and Television, Bloomberg, and Politico in Washington, DC. 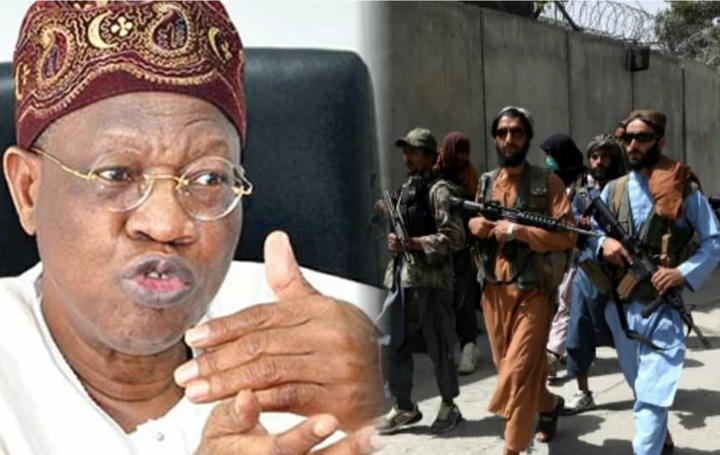 Mr Mohammed is said to be in the United States to meet with international media organizations and think tanks about President Buhari's achievements and efforts to combat insurgency, banditry, and all forms of criminality. In an interview with the News Agency of Nigeria following his meeting with the three media organizations, Mr Mohammed stated that insinuations in some quarters that the security situation in Nigeria could degenerate to that of Afghanistan were incorrect.

Nigeria, he claims, is not at war, and that fake news and disinformation are being used to portray the country in a precarious state. Mr Mohammed stated that the Buhari administration would continue to use the carrot and stick approach to combat the Boko Haram insurgency, which Nigerians have criticized as not only ineffective but also unjust to terrorist victims.

Mr Mohammed stated that the non-kinetic approach had resulted in large numbers of insurgents voluntarily surrendering their weapons and pledging their loyalty to the government. He stated that the country was winning the war against insurgency as of late.

The statement made by Lai Mohammed is proof that Muhammadu Buhari had already made it clear that he would treat terrorists and criminals in the language they understand. With the way these terrorists are surrendering to the Nigerian military, there is no possibility of Boko Haram wining and dining at the Aso Rock Villa.