By Kaptainwendy1 (self media writer) | 6 months ago 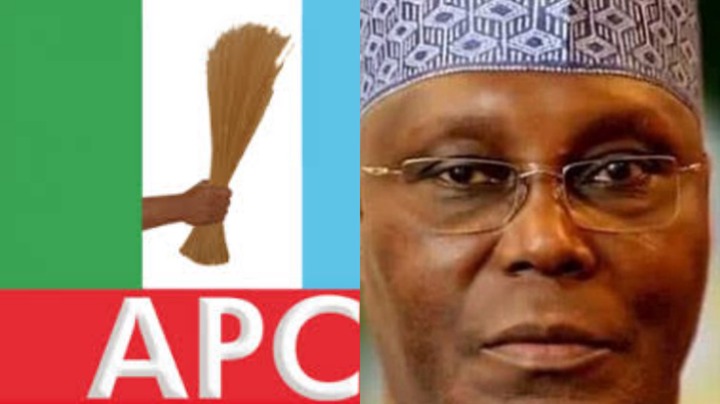 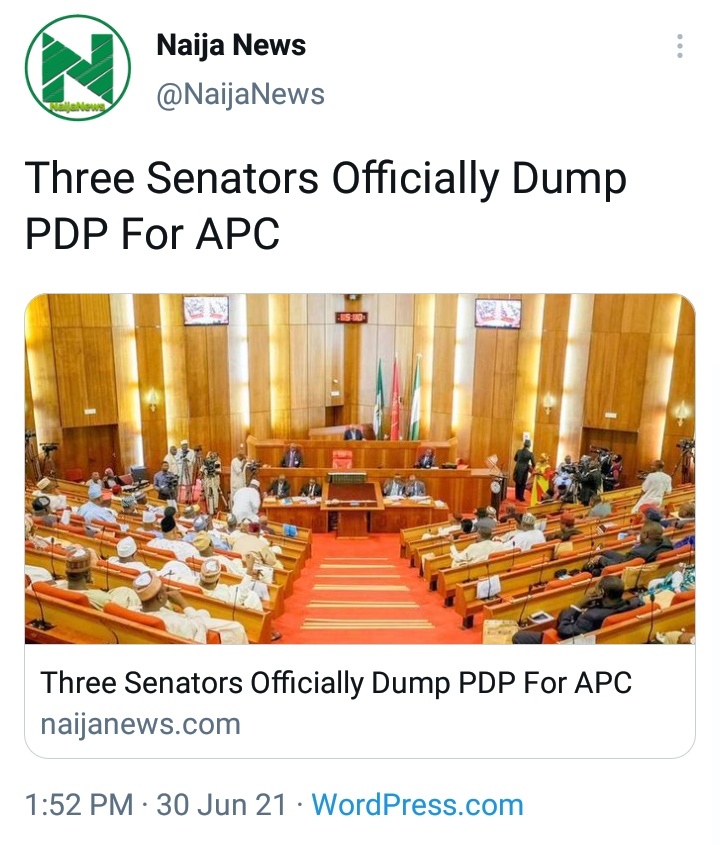 Three Senators on Wednesday notified the Senate leadership of their defection from the Peoples Democratic Party (PDP) to the All Progressives Congress (APC). 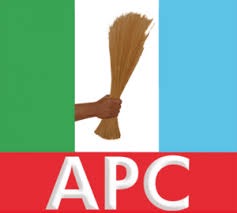 The lawmakers communicated their decision in separate letters read by Senate President Ahmad Lawan during the plenary on Wednesday.

However, they all blamed their resignation on internal crisis, tyranny, and leadership failure within the PDP. 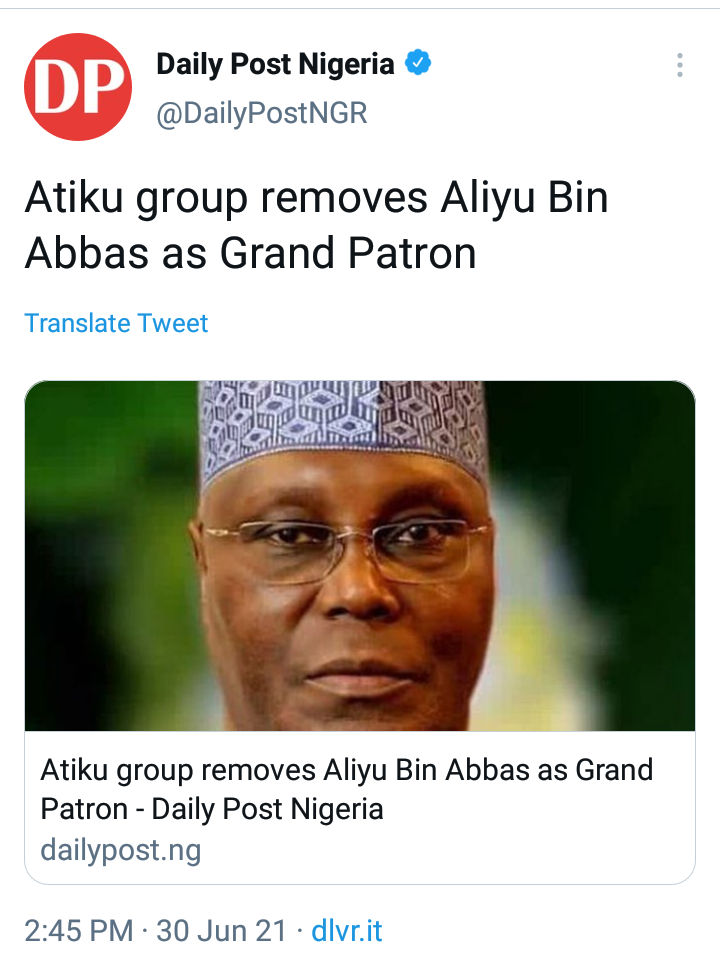 The Northern Youth Advocates for Atiku Abubakar (NOYAA) has alleged that the Special Assistant to the ex-Vice President on Youth and Support Groups, Amb. Aliyu Abbas, was unduly meddling in its affairs and as such removed him as grand patron.

This was contained in a statement signed by Hon. Bello Muazu, National Coordinator/Founder, Northern Youth Advocates for Atiku.

The statement explained that Abbas was appointed to inspire the organisation in an advisory capacity, not to cause disharmony within the group or take over the running of NOYAA.

Abbas, who was appointed last year by the Muazu-led body, had recently suspended the founder and national leader of NOYAA, alleging activities at variance with the ideals of the organization founded by Muazu.

But in reaction, Muazu disputed the allegation of working against Atiku when at the point of his so-called suspension, he was physically present in Kano where alongside with members of his group, he was involved in activities promoting the former Vice President in the populous city. 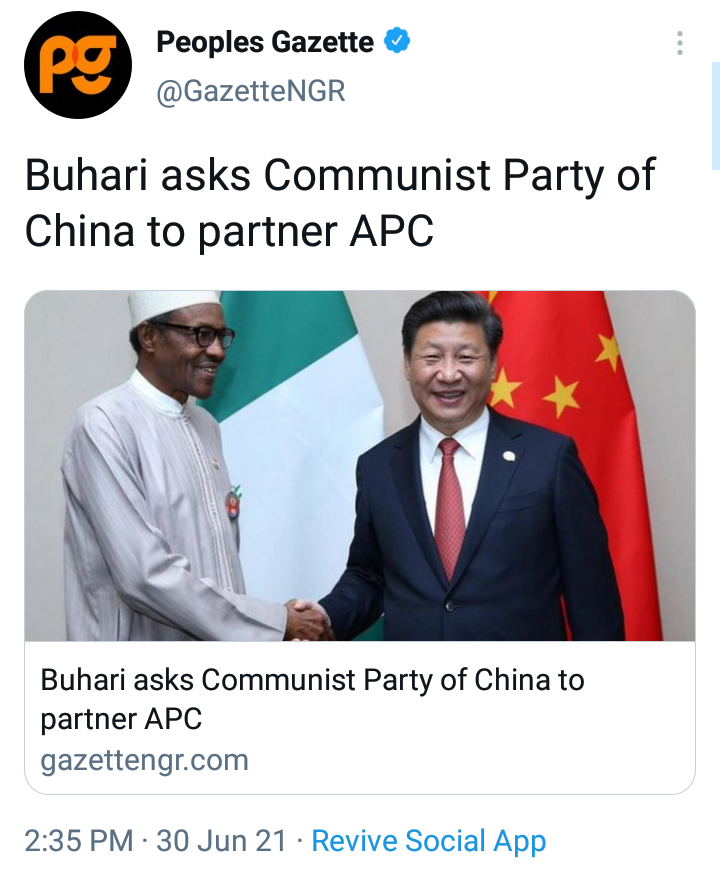 President Muhammadu Buhari has congratulated Chinese President Xi Jinping on the 100th anniversary of founding the Communist Party of China, seeking its partnership with APC.

In a letter to the Chinese leader, according to a statement Mr Buhari’s media aide Femi Adesina, the president said China succeeded in building a moderately prosperous society and is on the way to building a modern socialist country.

The president expressed the readiness of Nigeria to continue to work with China, to enhance bilateral relations, to deepen cooperation in all pragmatic sectors, as well as to promote exchanges between the two ruling parties (APC and CPC), so as to lift the Nigeria-China strategic partnership to a higher level. 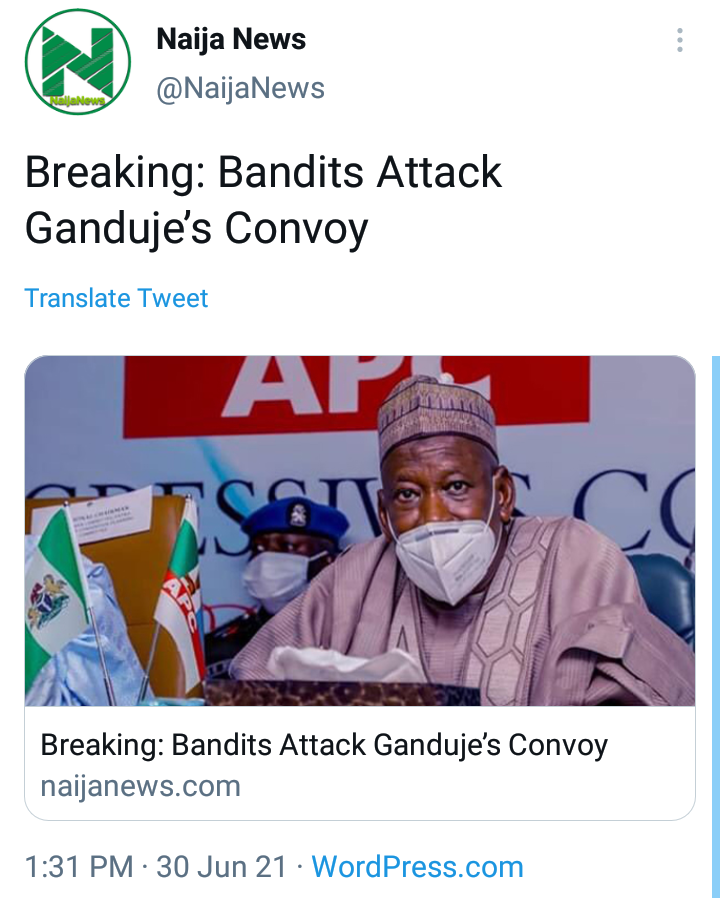 The convoy of the Governor of Kano State, Abdullahi Ganduje, was on Tuesday night attacked by gunmen suspected to be bandits.

It was gathered that three policemen sustained injuries during the attack which happened after the convoy was making its way to Kano from Zamfara State, where a mass All Progressives Congress (APC) rally held on Tuesday.

The Kano State Governor was in Zamfara State to welcome the state Governor, Bello Matawalle to the APC.

Sources in the government house confirmed the attack but noted that the Governor was not in the convoy when they encountered the gunmen.

It was disclosed that Ganduje joined the convoy of his Jigawa State Counterpart, Abubakar Badaru, after the mega rally in Gusau. 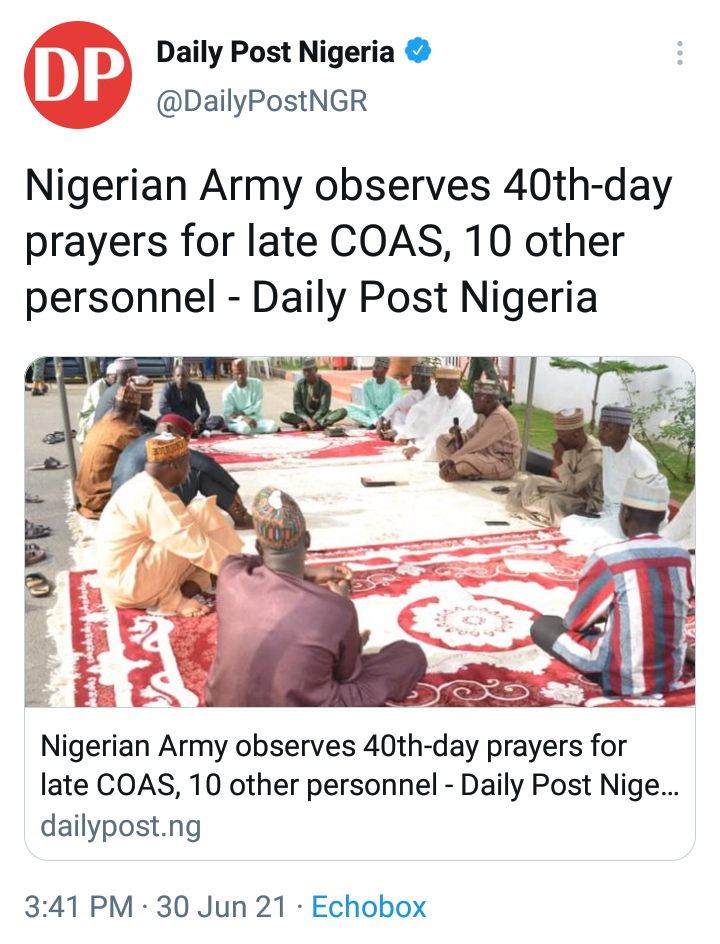 In a statement on Wednesday by the Director, Army Public Relations Brigadier General Onyema Nwachukwu, the Army expressed its condolences to the widows, children and relations of the deceased.

Nwachukwu urged them not to despair and assured them of the continuous support of the Nigerian Army.

He also prayed for the families and relations of the departed souls, the Nigerian Armed Forces and friends, the fortitude to bear the irreplaceable loss.

Content created and supplied by: Kaptainwendy1 (via Opera News )