By Gisting (self meida writer) | 16 days 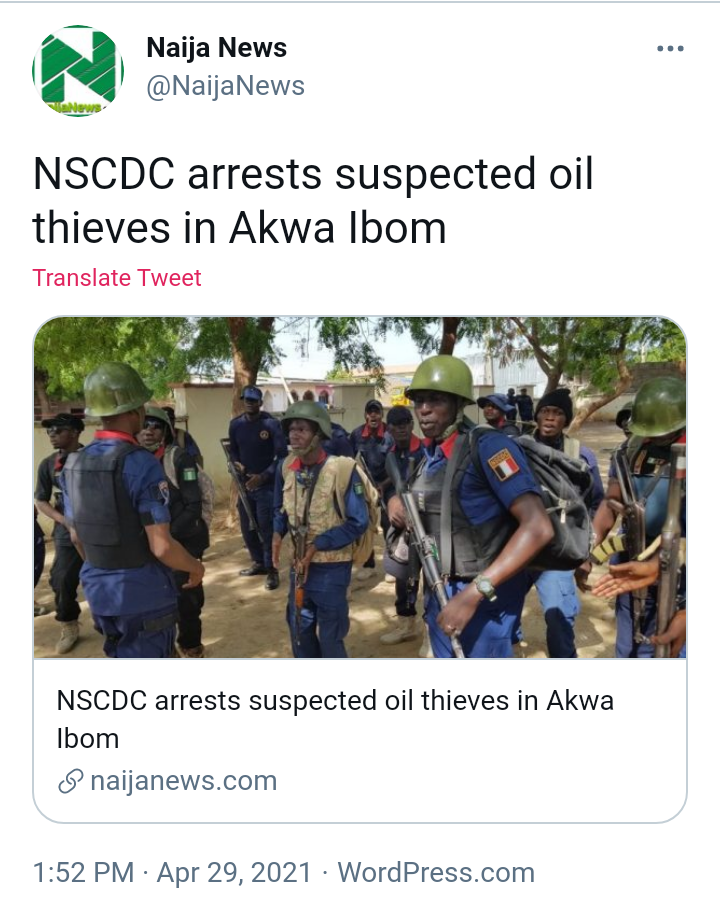 A vehicle containing smuggled adulterated oil has been intercepted in the Itu community of Akwa Ibom State by operatives of the Nigeria Security and Civil Defence Corps.

Naija News understands that the security agency nabbed two men with the seized 3,000 litres of suspected adulterated Automotive Gas Oil. It was gathered that the diesel was concealed in a truck laden with a yoghurt drink.

Confirming the development while speaking with newsmen earlier, the state Commandant of NSCDC, Mr Samuel Fadeyi, said the suspects, who were coming from Ahoada, Rivers State were apprehended on Friday, April 23, by a patrol team on surveillance in Itu Local Government Area. 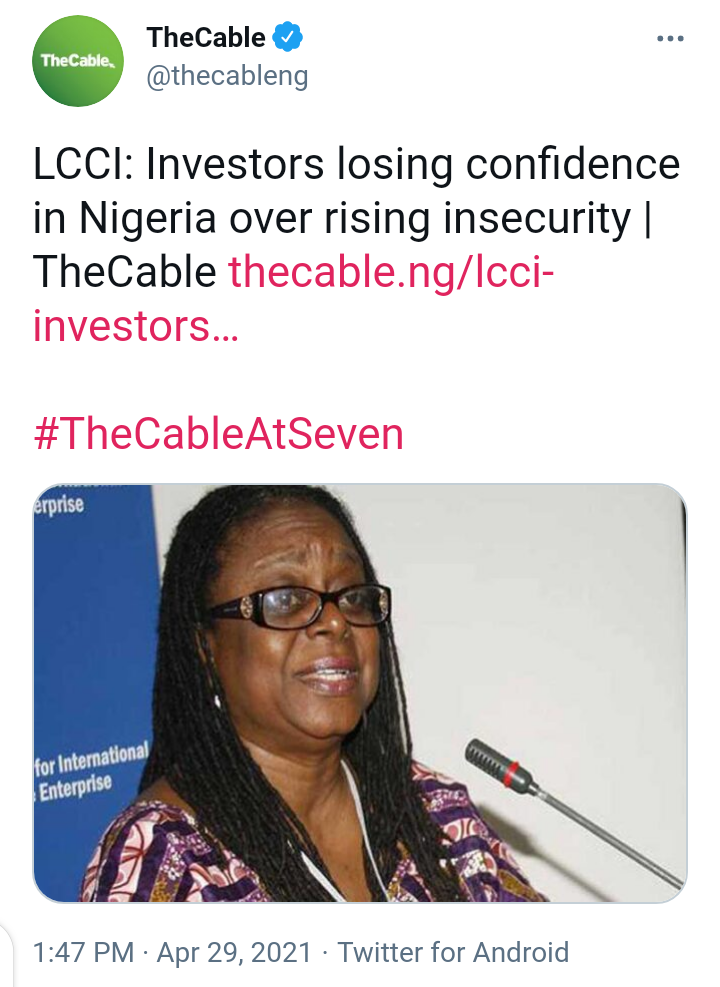 The Lagos Chamber of Commerce and Industry (LCCI) says the rising insecurity in Nigeria has reduced investor confidence.

Over the last few weeks, there has been heightened insecurity in the country with attacks in both northern and southern regions.

Incidents of kidnappings, banditry, and terrorism have dominated conversations as several lives have been lost while properties destroyed.

In a statement on Wednesday, Toki Mabogunje, LCCI president, said the impact of insecurity on the Nigerian economy is multi-dimensional. 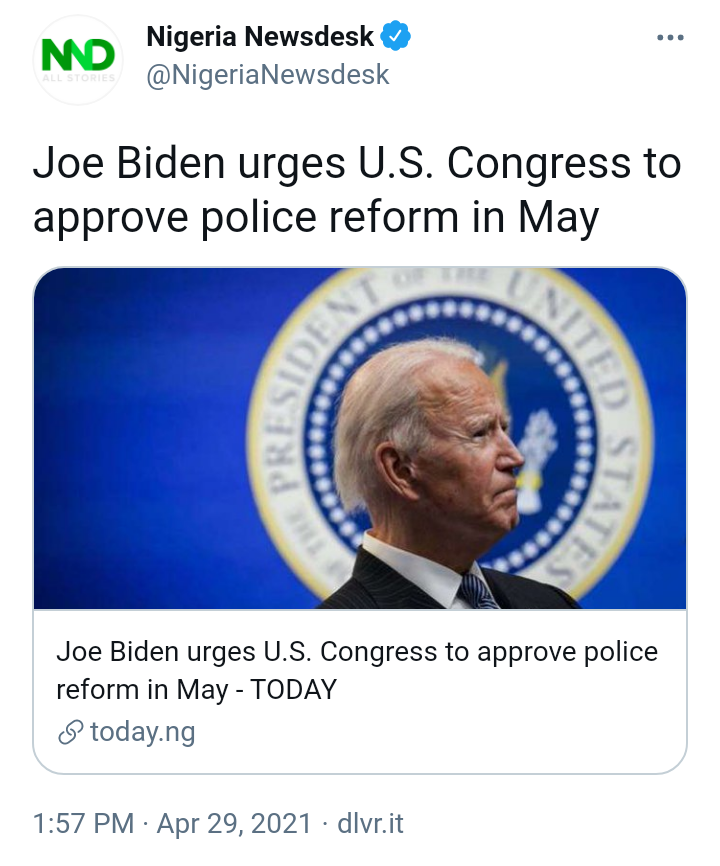 U.S. President Joe Biden on Thursday urged Congress to approve a police reform that would address the issue of racially motivated brutality.

Biden said in his speech before a joint session of Congress on Wednesday evening said “let’s get it done next month, by the first anniversary of George Floyd’s death. The country supports this reform. Congress should act".

Floyd, an African American resident of Minneapolis, died in police custody last May, however, earlier this month former police officer Derek Chauvin was found guilty of murder in the Floyd case. 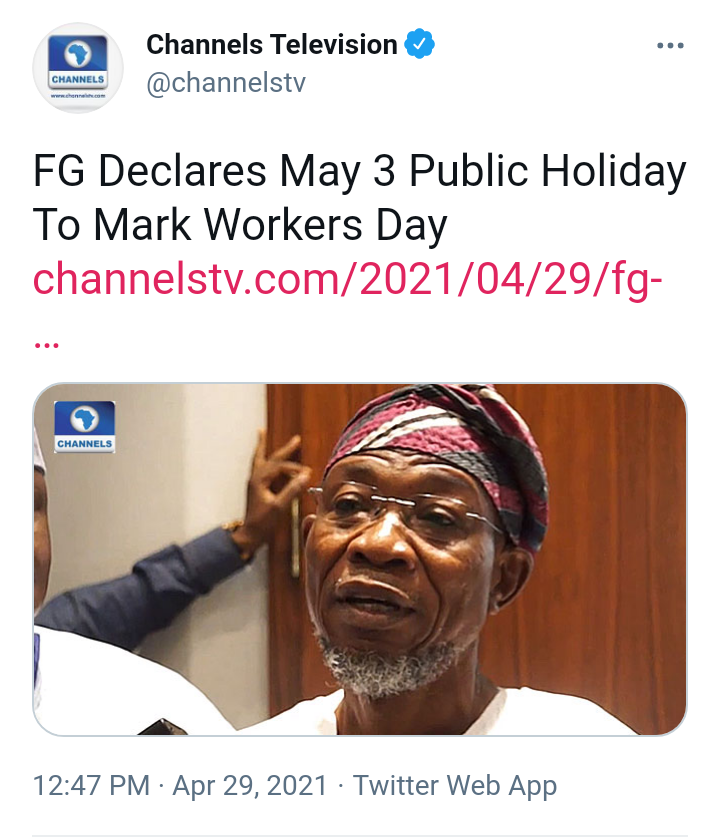 The Federal Government has declared Monday, May 3, 2021, as a public holiday to mark this year’s International Workers Day Celebration.

The Minister of Interior, Ogbeni Rauf Adesoji Aregbesola, made the announcement in a statement on Thursday.

Aregbesola who congratulated the Nigerian Workers for witnessing this year’s celebration commended them for their patience, understanding, and support in driving the policies and programmes of the President Muhammadu Buhari-led administration, in its determination to move the country to the next level of its socio-economic development. 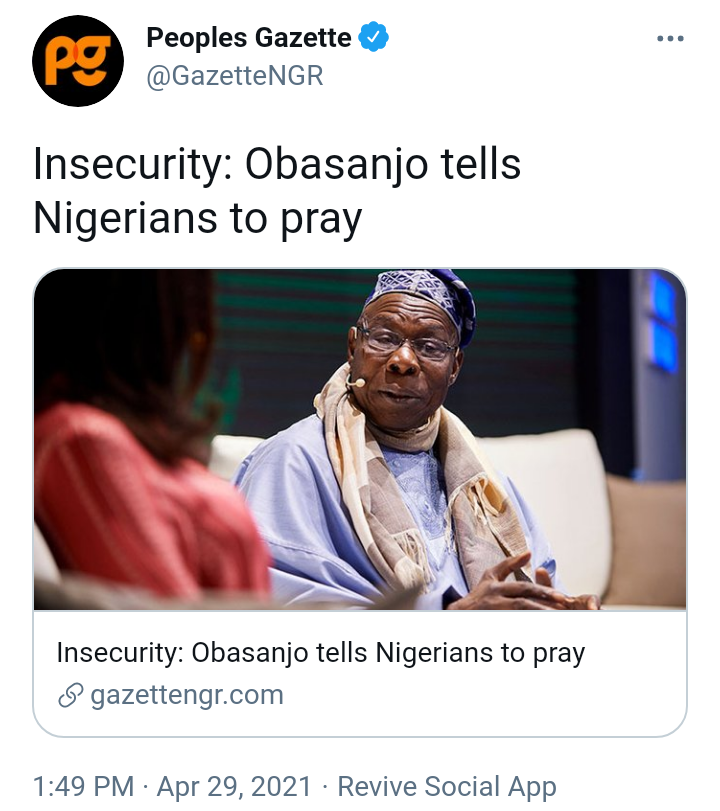 Nigeria must resort to prayers to help the country surmount the security challenges it is currently faced with, says former president Olusegun Obasanjo at the Baptist International Conference Centre during the 108th annual convention of the church, VON reports.

Calling on Nigerians to be optimistic, Mr Obasanjo appealed to Nigerians to come together to ensure that the nation prospers. 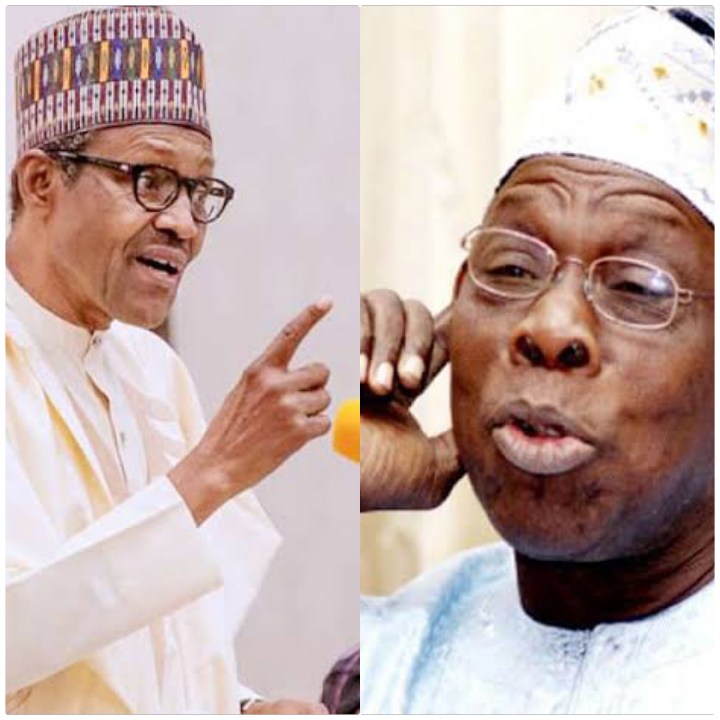 What's your thought on Obasanjo's statement?

“I Built This Airport For You”— Governor Obiano Tells Anambra Traders. (Photos)