By DrealNews (self media writer) | 1 year ago

Governor David Umahi of Ebonyi has claimed that he had prior knowledge about the plots to remove Uche Secondus as the chairman of the Peoples Democratic Party (PDP).

Umahi, who was a former governor on the platform of the Peoples Democratic Party before he defected to the ruling All Progressives Congress (APC), made the disclosure on Friday, September 3, during a programme on Channels Television. 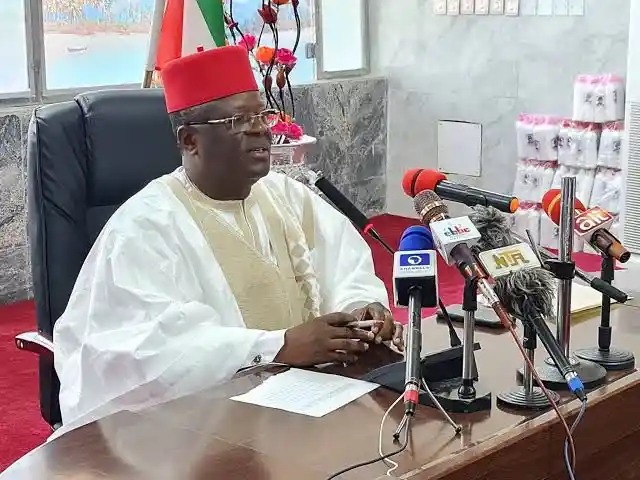 According to The Cable, he said the challenges Secondus facing is because he was naïve

Umahi said: “I won’t say I’m happy with what is happening to the chairman.... Secondus.. because he was a bit naive.''

He alleged that a particular governor in the PDP was trying to hijack the party.

Governor Umahi said: ''So, when I was leaving, I told them — do two things. I was told that the working committee, especially Secondus, was going to be unduly removed to give one man or two the leverage of owning the PDP. I said that should not happen,and I told Secondus and I told all the working committee when they visited me in Abuja.

“And the second one was — cede presidency to the south-east and we will all be together. But they did not. I think it is the will of God to be where I am and I’m very happy.” 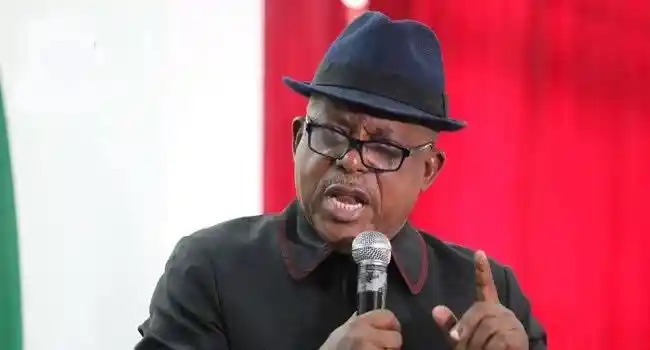 Meanwhile, Prince Uche Secondus of the Peoples Democratic Party (PDP) has reacted to reports of his suspension by the Rivers state chapter.

Speaking on Wednesday, September 1, the PDP Chieftain through his media aide, Ike Abonyi, said only members of the National Executive Committee (NEC) have the power to suspend him,Vanguard reports.

Abonyi who spoke on his principal's behalf cited Article 59(3) of the party's constitution to back his position that only the NEC can remove him and any other national officer from office.

He stated: “Such action is a mere wish as Article 59(3) of the Peoples Democratic Party, PDP, the constitution states clearly that only the National Executive Committee, NEC of the party can discipline the national chairman or any other national officer of the party."

He said it is pertinent to make this response so as to guide the minds of Nigerians back to the primary focus of the PDP which is to save the country "from the irreparable damage already done to it by the ruling All Progressives Congress (APC).” 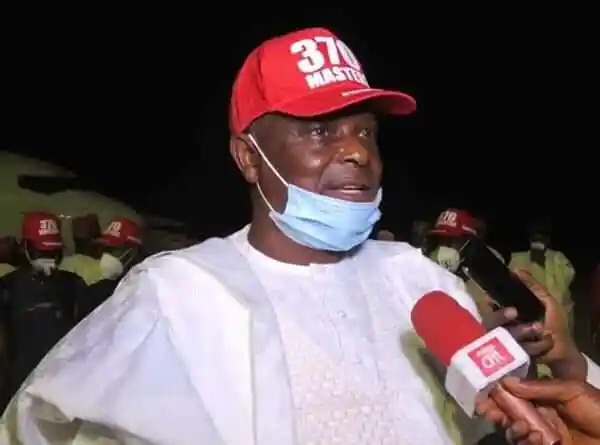 In another development, Rabiu Kwankwaso, a former governor of Kano, is afraid that the crisis bedeviling the Peoples Democratic Party (PDP) will cost it more than it can handle eventually.

Kwankwaso claimed that the leadership tussle in the opposition party is caused by selfish and over-ambitious politicians who seek only their interests and want power by all means.

He made this declaration on Friday, September 3,during an interview with BBC Hausa , monitored by The Cable .

The former governor warned that the infighting, if not dealt with drastically, will surely tear the entire party apart.

He noted: “Now the strength of the party has reduced and in the end what will happen is that it will tear us apart.

The northern politician distanced himself from the cause of the party's unrest, adding that he and persons with like minds want the party's good and development.

Content created and supplied by: DrealNews (via Opera News )