The Nigerian Army in Port Harcourt, the Rivers State capital has seized a tanker loaded with adulterated products commonly know as kporfire in the Township area of the city. 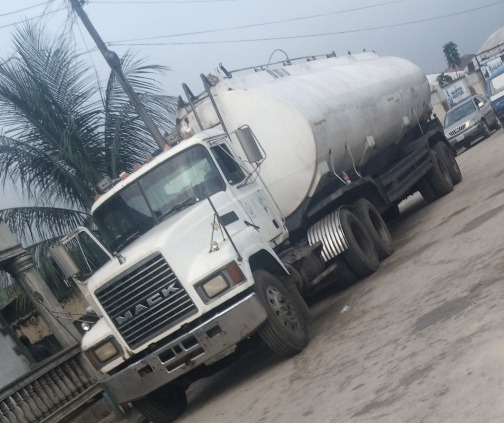 This was coming hours after the Army got a call about the tanker loaded with kporfire product in the early hours of Sunday morning.

On arriving the area, they found the tanker still loading the products and stopped the boys working.

Some of the boys who were working ran away after sighting the Army van but some of them stayed behind and confronted the Army.

But after much arguments, the boys were forced to stop their operation became the military took over the matter.

As you may know the Rivers State governor, Nyesom Wike has been in the fight against illegal refinery known as kporfire in the State (Oil theft).

The governor last week promised the Army, Navy and Police of providing five Gunboats each for the different security operatives operating in the state to help fight Sea Pirates and those involved in illegal refinery and oil theft.