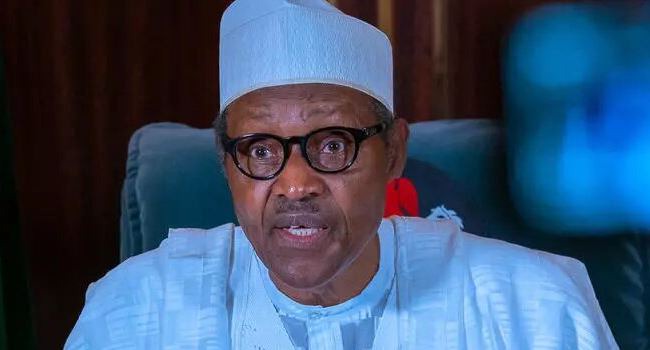 President Muhammadu Buhari on Thursday said that improved gold mining operations in the country would generate no fewer than 250,000 jobs and over $500 million annually in royalties and taxes to the Federal Government.

A statement by the Special Adviser to the President on Media and Publicity, Femi Adesina on Thursday, said Buhari disclosed this at the official presentation of locally mined gold bars by the Presidential Artisanal Gold Mining Development Initiative (PAGMDI).

Buhari at the event also reaffirmed his administration’s commitment to establish gold refineries in Nigeria.

He said the laudable initiative would support efforts at creation of jobs for Nigerians, diversifying the revenue base, and improving foreign exchange reserves. 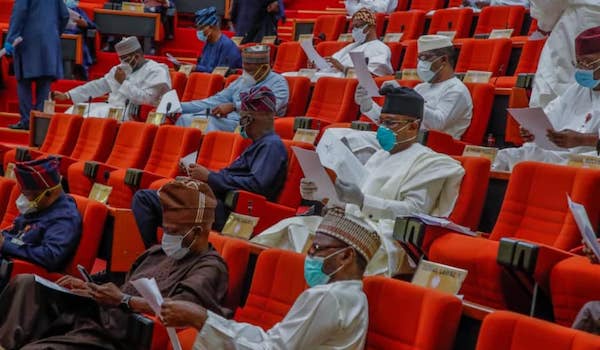 Another clash ensued between the Ministry of Labour and the National Assembly on Wednesday, worsening their already tampered relationship.

This time representative of the Minister of Labour and Productivity, Chris Ngige clashed with the Senate Committee on Banking, Insurance, and other Financial Institutions at a public hearing.

Members of the committee had organised a public hearing on Banks and other Financial Institutions Act Cap B3 LFN 2004 (Repeal and Reenactment) Bill 2020 (SB.178) and Electronic Transaction Bill, 2020 (SB.155).

At the hearing, the lawmakers asked the Director of Productivity and Labour Standards in the ministry, Eyewumi Neburagho, to give his comments on the bill that sought to amend BOFIA. 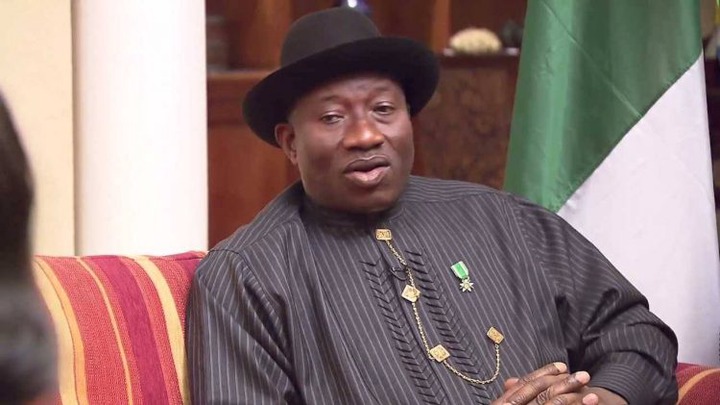 Former Nigerian president Goodluck Jonathan who has just being appointed as ECOWAS’ Special Envoy to Mali began his mediation efforts to find a solution to the political crisis in the country as soon as he arrived Bamako Wednesday evening, by meeting with critical stakeholders.

The stakeholders include President Ibrahim Boubacar Keïta, leaders of the opposition and heads of international organisations.

Jonathan’s effort may have begun to bear fruits as leaders of the Malian opposition alliance that demanding President Ibrahim Boubacar Keita’s resignation called off a high-risk scheduled protest, soon after the former President met with the influential imam Mahmoud Dicko, a popular cleric and prominent force behind the protest movement.

A spokesman for the June 5 Movement, organisers of the demonstration initially set for Friday, stated that they decided to transform the protest into memorial services to be held only in mosques for victims killed in violence last week 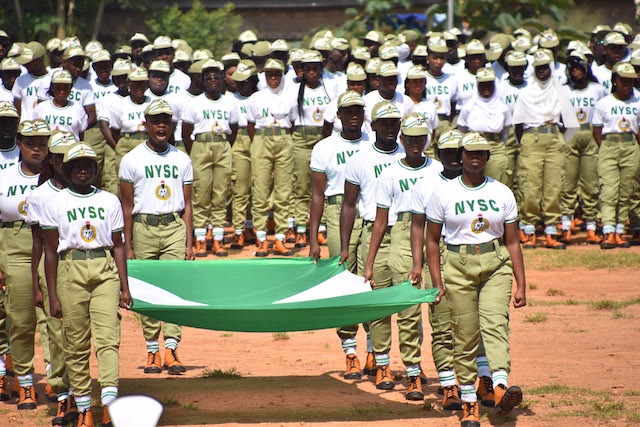 No fewer than 400 Batch ‘B’ Corps stream II members of the National Youth Service Corps (NYSC) in Borno, were on Thursday discharged after their one year service.

Mr Nura Umar, the NYSC State Coordinator, who made the disclosure while addressing the corps members during the passing-out ceremony in Maiduguri, said the corps members would receive their discharge certificates simultaneously.

Umar said that the Secretariat held a low key passing-out ceremony to ensure compliance with the COVID-19 protocols for the safety of the corps members and officials. 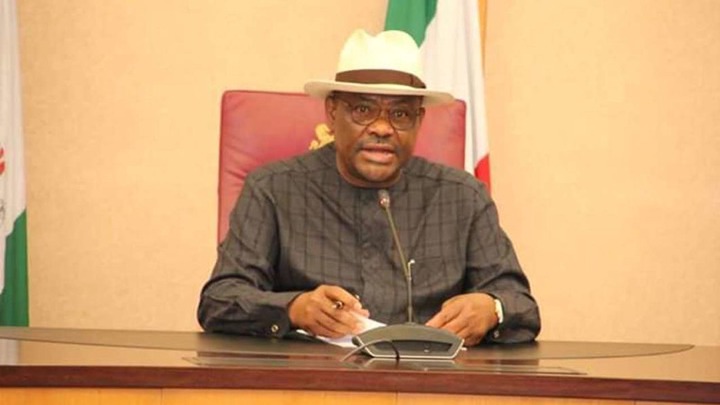 Nunieh had called Arise TV early this morning that about 15 policemen invaded her house in Port Harcourt.

The invasion reportedly happened around 4 a.m. 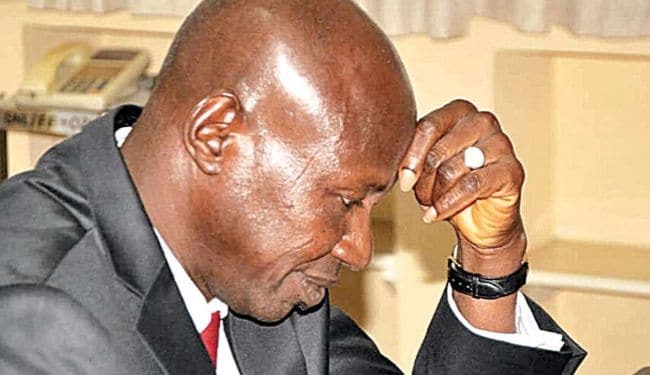 The suspended acting Chairman of the Economic and Financial Crimes Commission, EFCC, Ibrahim Magu, has written to the Justice Ayo Salami led presidential probe panel investigating allegations of corruption and insubordination filed against him by the Attorney General of the Federation and Minister of Justice, Abubakar Malami, asking for copies of the AGF’s petition and others that might have been filed by other individuals.

Magu, who regained his freedom after 10 days in detention, also called the panel’s attention to what he described as “serial falsehood on publications in the media in respect of matters which never featured in the proceedings” of the panel, saying they were prejudicial to the work of the probe panel.

The former anti-graft chief, in a 16-point letter signed by his lawyer, Wahab Shittu, complained that despite his request, he had been denied copies of the allegations against him.

The letter also demanded a copy of the report of the Presidential Audit Committee, a copy of the memo of the AGF to President Muhammadu Buhari, and individual petitions submitted to the panel.

The letter further cited 13 publications in the media which Magu said were orchestrated to prejudice the proceedings against him and dismissed them as false. 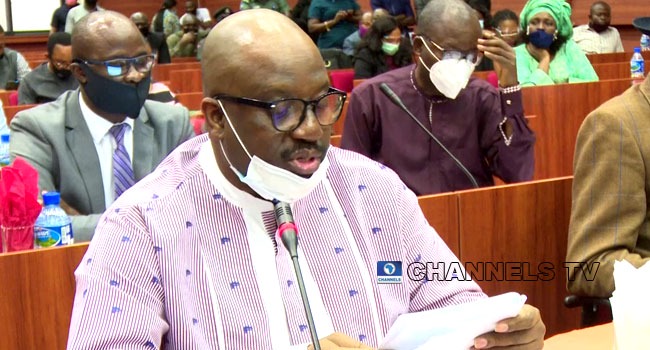 The Acting Managing Director of the Niger Delta Development Commission, NDDC, Professor Kemebradikumo Daniel Pondei, has walked out on the House Committee on NDDC that is probing the activities and finances of the Commission.

Professor Pondei had asked the Chairman of the Committee, Olubunmi Tunji-Ojo, to excuse himself from the House investigation. He insists that Tunji-Ojo is involved in the allegations under investigation by the Committee and therefore he cannot be a judge in his own case.

The Acting Managing Director said the Chairman of the committee, Tunji-Ojo, is an interested party in the matter and also that he has been accused severally and indicted for soliciting funds from the Commission in the past. 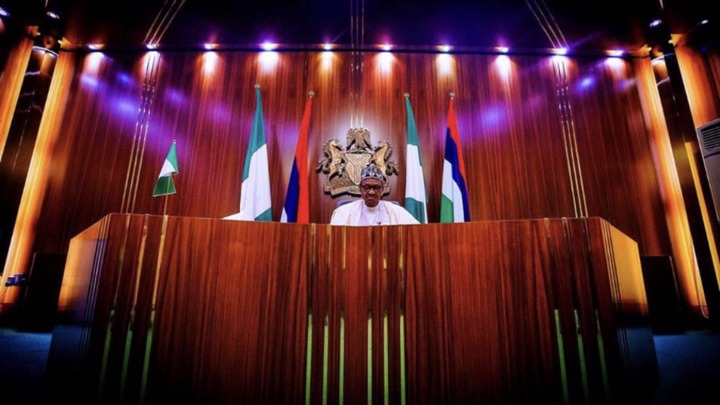 President Muhammadu Buhari says improved gold mining operations in Nigeria will generate no fewer than 250,000 jobs and over $500m annually in royalties and taxes to the Federal Government