Buhari And Jonathan: Is Anything In The Offing? 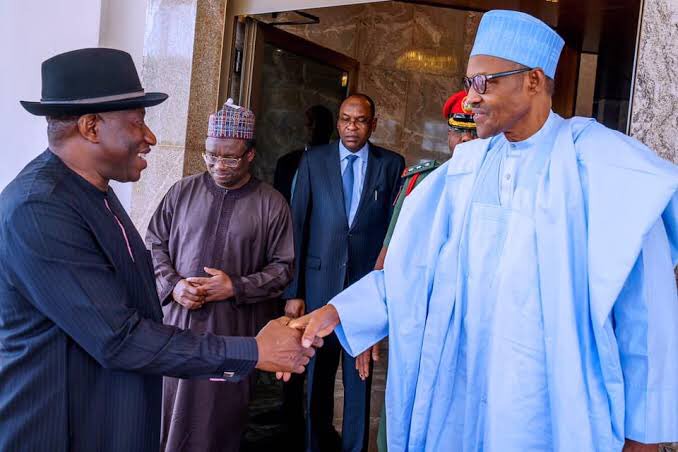 President Muhammadu Buhari and Former President Goodluck Jonathan appears to be getting along with each other.

We will all recall that Jonathan and Buhari contested in 2015 for the presidency.

When Buhari contested under the platform of the All Progressives Congress (APC), Goodluck Jonathan was the candidate of the Peoples Democratic Party (PDP). He was the incumbent President as of the time the 2015 election was held.

Jonathan lost to Buhari in 2015 and he called to congratulate him. 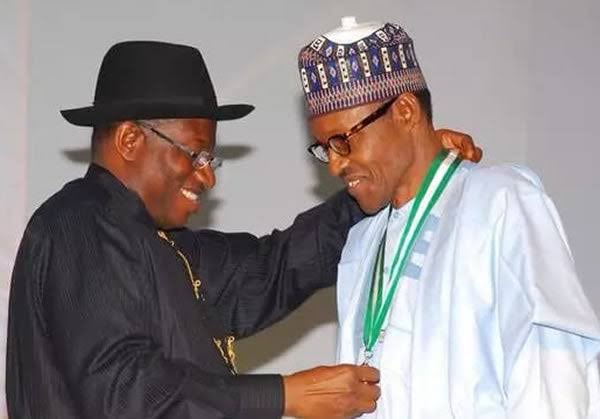 Since then, the two have maintained their distance, unless on very few cases when Jonathan used to visit Buhari in the Aso Rock Villa for closed door meetings.

But in the buildup to the Bayelsa 2019 governorship election, Jonathan visited Buhari again in October.

Then, there were speculations that Jonathan was conniving with the APC to defeat Duoye Diri, the candidate of his party, the PDP. 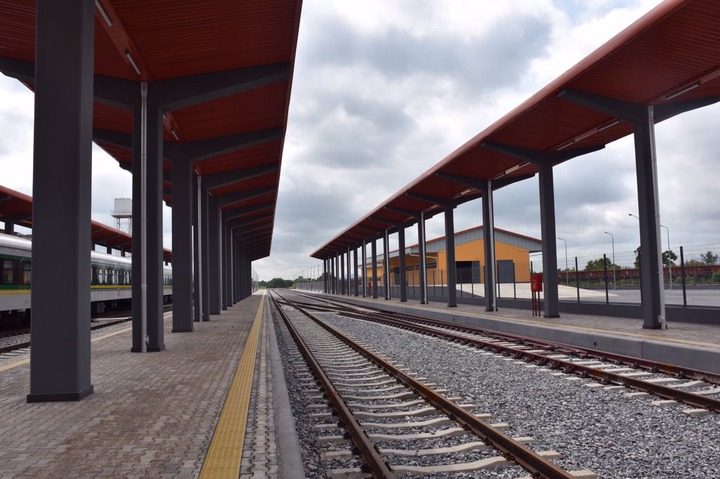 The reasons for this was because people said Jonathan and the immediate past Governor of Bayelsa State, Seriake Dickson, did not agree on the choice of the PDP candidate.

Jonathan denied the allegation, saying he can never work for APC.

Initially, the November election was won by the candidate of the APC.

In fact, APC leaders, who were in Bayelsa for the election also visited Jonathan at home. They were well received by him and his wife, Patience. This fuelled suspicions that Jonathan has something to do with the election.

Seriake Dickson himself had this speculation. He said it was strategic for APC to use Jonathan. 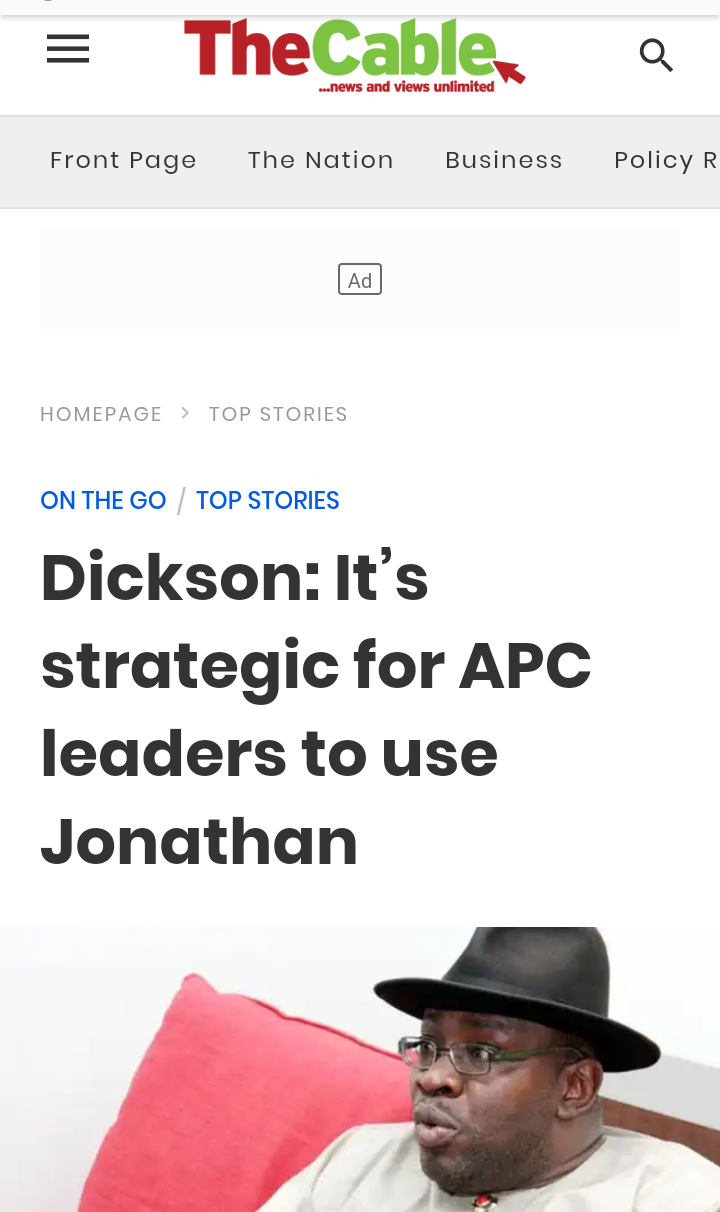 He described Jonathan's alleged alliance with APC as regrettable.

In fact, the presidency also came out to say Buhari did not blackmail Jonathan to support APC.

Don't forget that the court later nullified the victory of the APC in Bayelsa and Diri eventually became the winner. 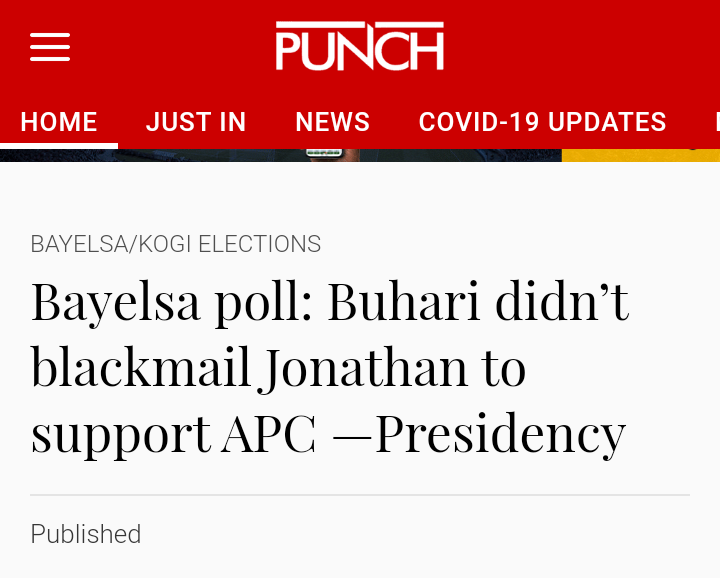 Just today, President Muhammadu Buhari approved the naming of the Railway Complex in Agbor, the operational hub of the Itakpe-Warri line, after former President Goodluck Jonathan.

It is said that the facility will now be known as the Goodluck Jonathan Railway Station and Complex. 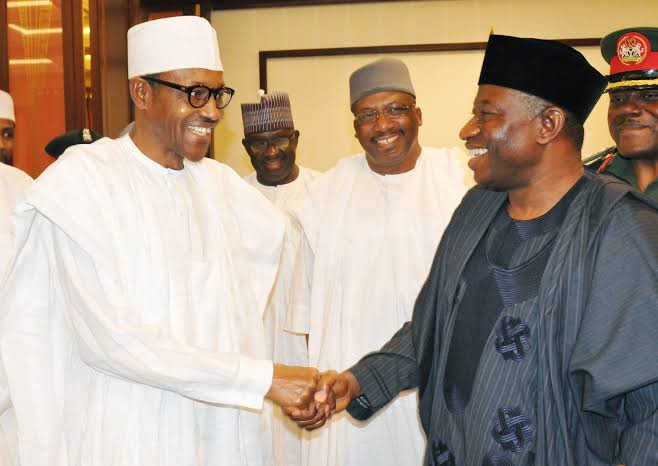 Many Nigerians were surprised seeing this coming from Buhari to Jonathan. They said something like this has never happened between two opposition parties before.

To them, it came as a surprise. This singular gesture from Buhari also reignited the speculation in many of us that there is something between Buhari and Jonathan.

With this, we need to ask, is anything in the offing?