By PoliticalAffairs247 (self media writer) | 1 month ago

I was offered N100m to support third term Agenda - Gbajabiamila. 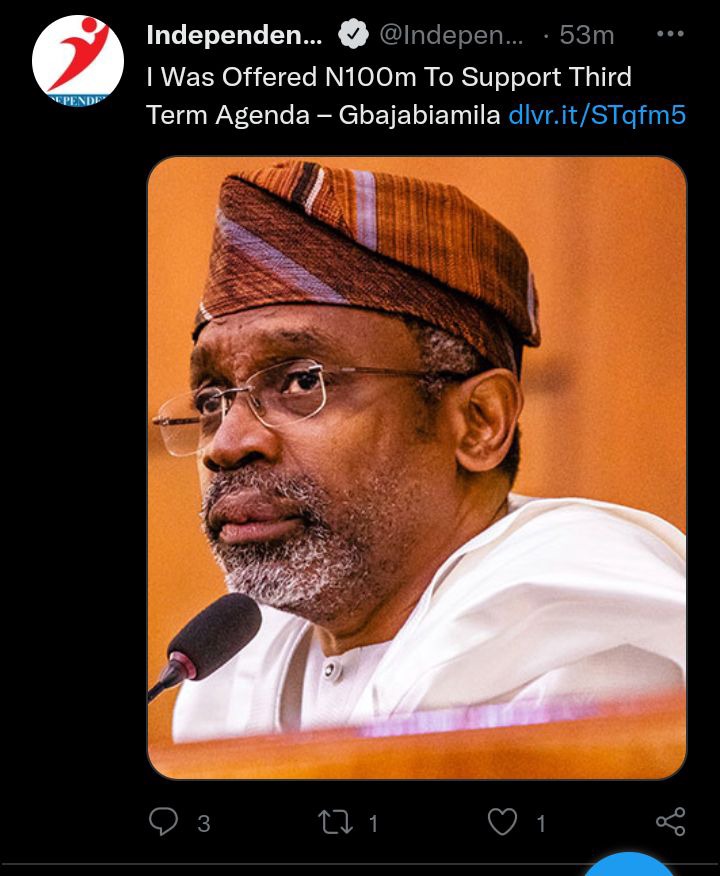 Speaker of the House of Representatives, Hon. Femi Gbajabiamila, has revealed that he was offered the sum of N100 million during the 5th national assembly in order to support a Third Term agenda for the former president, Olusegun Obasanjo.

He stated this in his book 'MR SPEAKER: The legislative life, service, and resilience of Femi Gbajabiamila' written by Charles Omole and Musa Krishi and forwarded by Chief Emeka Anyaoku, former Commonwealth Secretary- General. 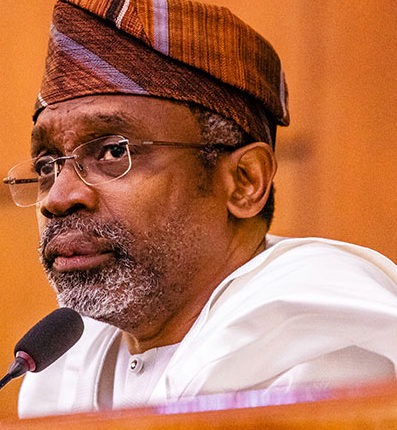 In a copy sighted by DAILY INDEPENDENT, Gbajabiamila said while other lawmakers were offered N50m to support an amendment to the constitution that will accommodate the Third term agenda, he was offered N100m which he rejected.

Why I quit PDP for SDP - ex-Bayelsa commissioner. 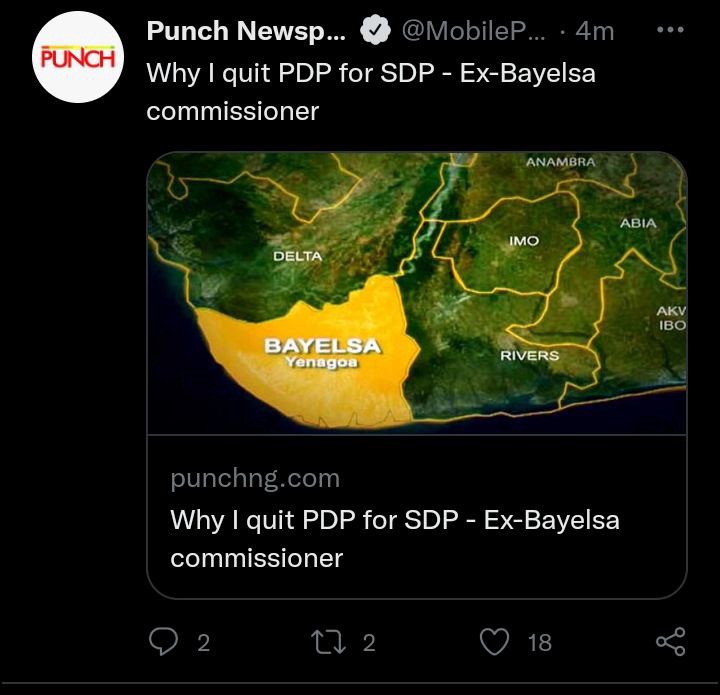 A former Commissioner for Information and Orientation in Bayelsa State, Daniel lworiso-Markson, has resigned his membership of the Peoples Democratic Party and defected to the Social Democratic Party, citing unfair treatment and blackmail.

He announced this in a statement he issued on Wednesday, saying he had conveyed his decision in a letter dated July 7, 2022, addressed to the PDP chairman of Ward 11 in the Ogbia Local Government Area of the state.

Iworiso-Markson als0 said his decision was as a result of his desire to pursue his political aspiration to offer quality representation to the people of Ogbia Federal Constituency. 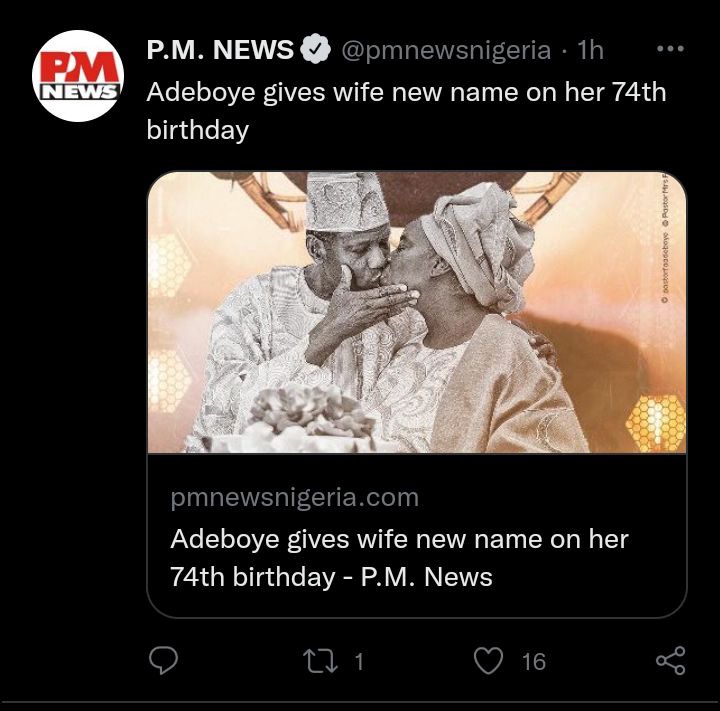 The General Overseer, Redeemed Christian Church of God (RCCG), Pastor Enoch Adeboye has given his wife, Folu a new name on her 74th birthday.

Foluke Adeboye turns 74 today. Eulogising his wife, Adeboye said she is his original Mummy GO and the pioneer of that name.

The cleric took to his Twitter page and wrote: "There are so many names your Children call you, but my favorite School girl you remain My Original Mummy GO," the Pioneer of that name, Flag Bearer of the Title and an Emblem of all that it represents.

"Thank you for setting an example that is worthy of emulation. You are not just a woman, you are a system, a portal and a light bearer." 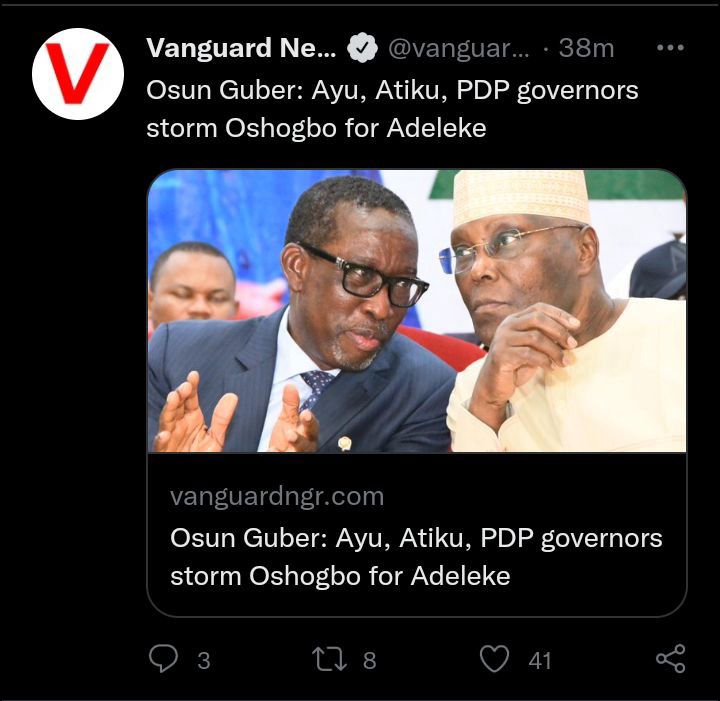 Ahead of Saturday's Osun state Governorship Election, the National Chairman of the Peoples Democratic Party, Dr. Iyorchia Ayu, and the party leadership party will on Thursday, storm Oshogbo, the Ogun state capital, for a mega rally in support of its candidate, Sen. Ademola Adeleke.

Adeleke, will, once again, square against the incumbent Governor of Osun state, Adegboyega Oyetola, on July 16. Ayu will be leading Adeleke's renewed attempt to defeat the incumbent governor in order to take over Government House, Oshogbo.

Party heavyweights expected at the rally include: the PDP presidential candidate, Alh. Atiku Abubakar, and his running-mate, Gov. Ifeanyi Okowa of Delta state.

Others include: former Osun State Governor, Olagunsoye Oyinlola, as well as all governors elected on the platform of the PDP, members of the NWC as well as other organs of the party.

Content created and supplied by: PoliticalAffairs247 (via Opera News )