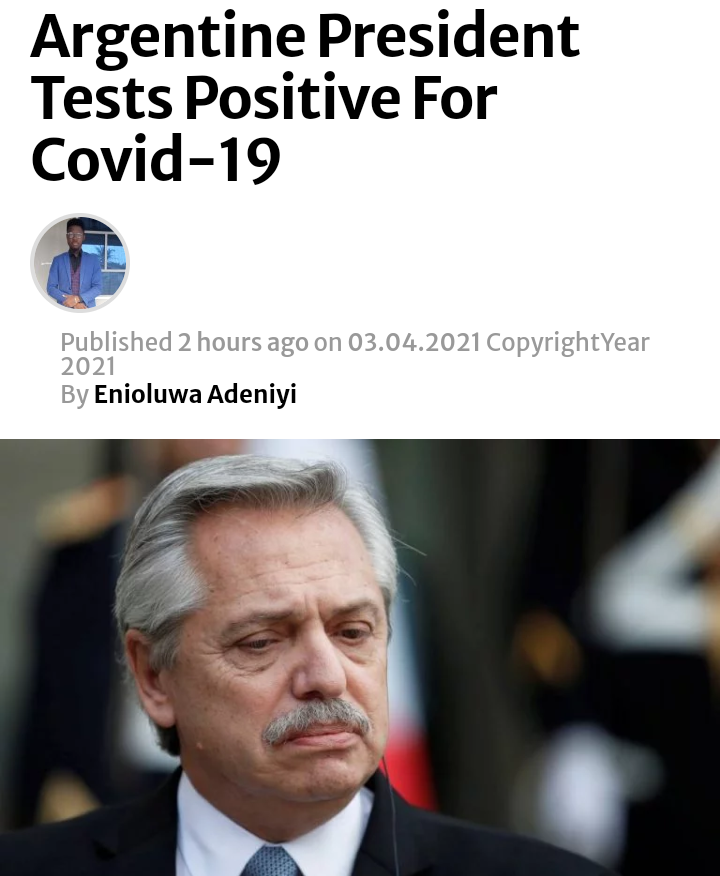 The president of Argentina, Alberto Fernandez, who has been vaccinated against COVID-19, on Friday announced that he has tested positive for the virus.

“At the end of today, after presenting a fever of 37.3 and a slight headache, I performed an antigen test, which was positive,” he tweeted, adding he was waiting for the results of a PCR test to confirm the diagnosis.

Fernandez, who marked his 62 birthday on Friday was in isolation as a precaution but said he was “physically well.The South American country of 44 million inhabitants has recorded more than 2.3 million infections and over 55,000 deaths from Covid-19.

Nigerians can’t stop Buhari from seeing his doctor because he is president – Ngige. 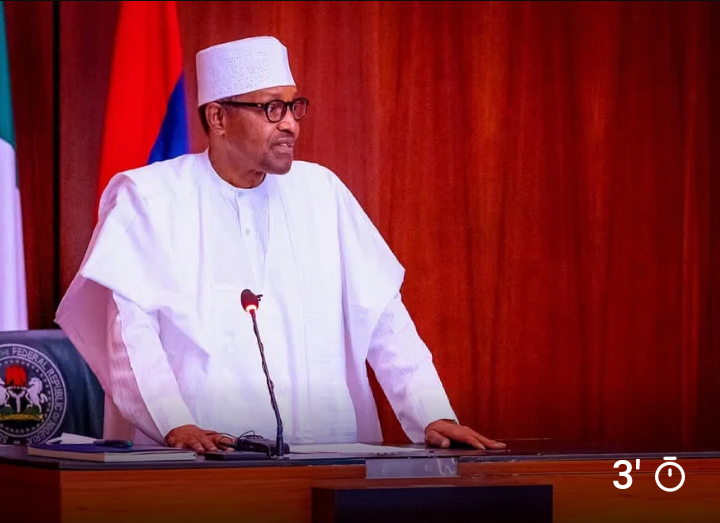 Chris Ngige, the Minister of Labour and Employment, on Friday said President Muhammadu Buhari has the right to travel abroad for medical consultation.Ngige said this while reacting to the backlash that welcomed the President’s trip to London on Thursday.

Recall that Nigerians had expressed mixed feelings over Buhari’s trip to London for medical check-up, especially with the growing insecurity in the country and the nationwide strike embarked upon by members of the National Association of Resident Doctors (NARD).

Some Nigerians had claimed the President’s trip is coming at a time he is needed on ground to oversee the myriad of challenges facing the country.Reacting, Ngige told Channels TV that Buhari has been visiting his doctor in London for a second opinion for over 40 years and cannot stop because he is now a President.

“The President has been going to his doctor for second opinion in the UK for the past forty-something years. Because he is now President of Nigeria, you don’t want him to go?

“I, as little as I am, I go abroad for second opinion for my health, even though I don’t have any underlying disease. 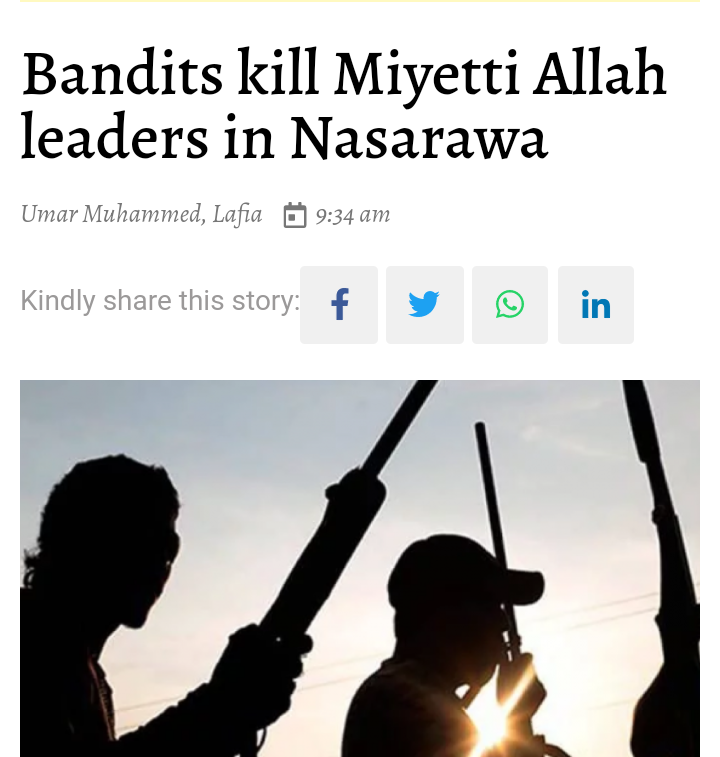 Gunmen believed to be Fulani bandits have killed the chairman of Miyetti Allah Cattle Breeders Association in Nasarawa State, Mohammed Hussain, at Garaku Market Area of Kokona Local Government Area of the state.

It was gathered that the suspected Fulani bandits also murdered one Mohammed Umar, the chairman, Miyetti Allah Cattle Breeders Association in the Toto Local Government Area of Nasarawa State.

The Police Public Relation Officer, Nasarawa State Command ASP Ramhan Nansel, who confirmed the attack in a telephone interview to SUNDAY PUNCH on Saturday, on behalf of the Commissioner of Police, Mr. Bola Longe, said the incident occurred at exactly 8pm on Friday night.

According to him, the Command upon receipt of the information, the Commissioner of Police, Mr. Bola Longe immediately deployed Operation Puff Adder II personnel to the scene where the two corpses were recovered and deposited at Anthony Memorial Mortuary Hospital, Garaku Area of Kokona Local Government Area of the state. 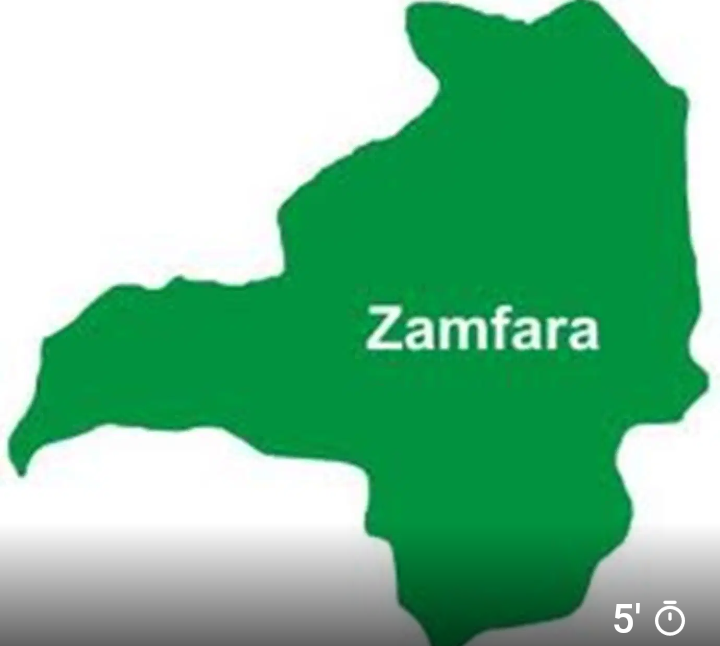 Records from Zamfara state show that more than 100,000 people were displaced from their ancestral homes while 2,619 people were killed by bandits between 2011 and 2019 in the state,the commissioner of information in Zamfara state, Hon Ibrahim Magaji Dosara has said.

“This is in addition to the One Thousand One hundred and Ninety people kidnapped by the bandits,” he added.

Speaking at a press conference in Kaduna on Friday, Dosara said

the records also showed that the sum of 970,000,000 Million Naira was paid as ransom while Fourteen Thousand Three Hundred and Seventy Eight animals were rustled within the period. 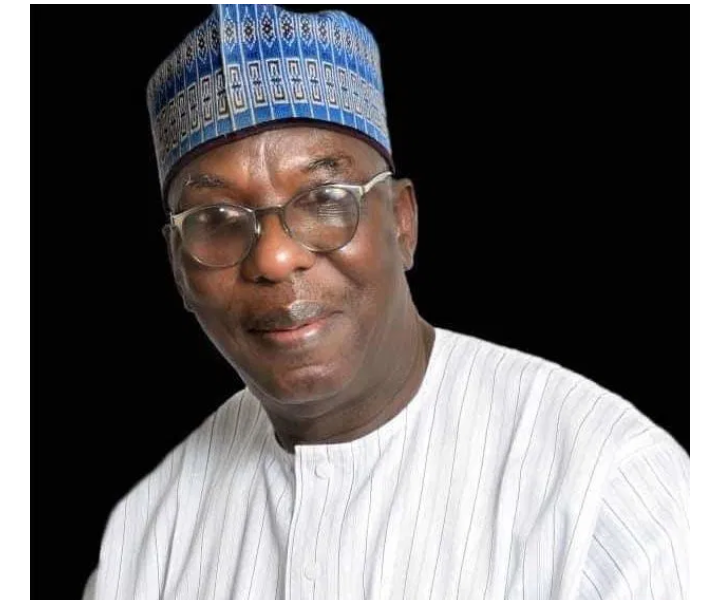 A member of the House of Representatives, Haruna Maitala (APC, Jos North/Bassa Constituency) has died, just two days to his wedding.

His son Jafaru, a legislative aide and his driver were also confirmed dead on Saturday.

The lawmaker, 69, and the three others died in a vehicle crash on Friday evening.

“He died alongside his son, his legislative aide and his driver.

“Their corpses were deposited at Kwoi General Hospital in the Jabba Local Government of Kaduna State.

“We are at the hospital preparing to take their corpses to Jos for burial,” Abubakar told NAN.

A source close to the family also told NAN that the lawmaker was on his way to Jos for his wedding slated to hold on Sunday.

Why We Want Drug Test For Politicians, Students – Marwa. 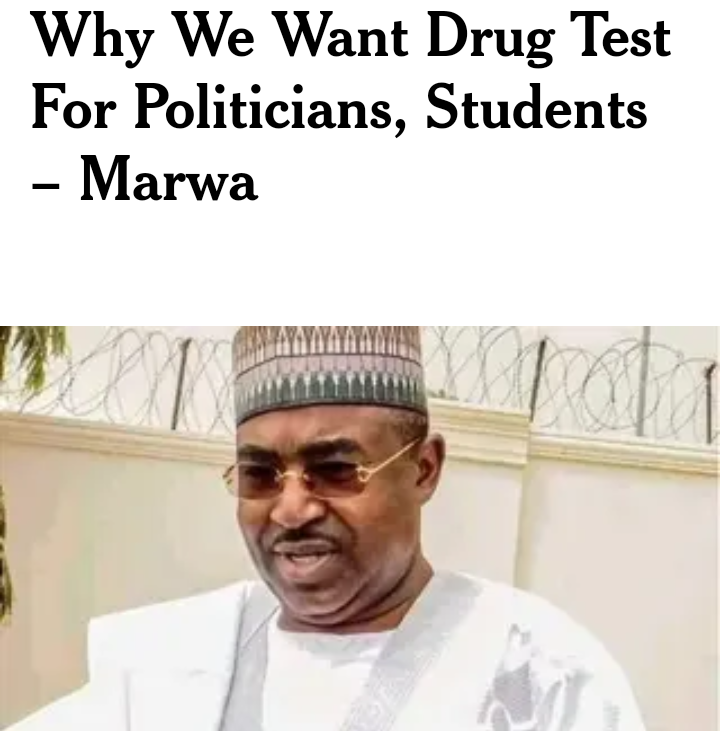 The chairman/chief executive officer of the National Drug Law Enforcement Agency (NDLEA), Brigadier-General Mohammed Buba Marwa (retd), has said the current push to conduct drug test on politicians, workers and students was to urgently provide help for those who need treatment and rehabilitation, in addition to serving as deterrence.

He said this Friday in Abuja while signing a memorandum of understanding (MoU) with a firm, Primly Services Limited, for the supply of free drug test kits to the NDLEA in Abuja.He expressed happiness that the MoU was finally signed, almost three years after the federal government approved the deal.

Marwa said, “At the centre of drug demand reduction is testing. “Practically, all Nigerians should be subjected to drug test – politicians, students, workers and all. We have set the ball rolling at the agency because charity begins at home. This will enable us know those afflicted, who need treatment and rehabilitation. 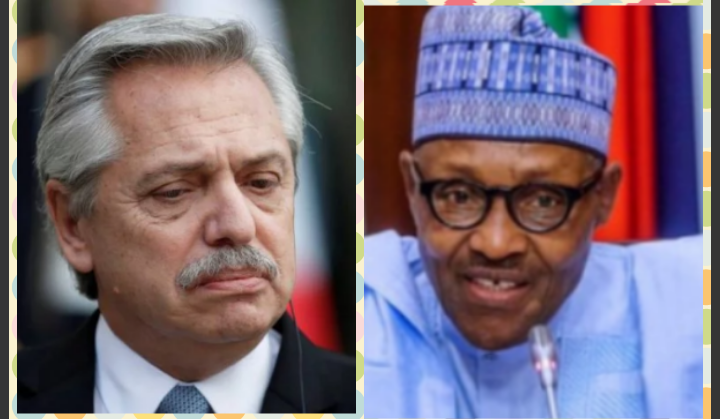