The President of the Federal Republic of Nigeria, Muhammadu Buhari (GCFR) has okayed the naming of certainly newly established railway stations in honour of his predecessor. Former President Goodluck Jonathan will now have parts of the standard gauge railway stations named after him. The facilities to be named after Jonathan includes the Railway complex in Agbor, and the Operational hub of the Itakpe/Warri lines.

They will now be known as Goodluck Jonathan Railway Station And Complex.

This was disclosed via a tweet by an aide to the President, Tolu Ogunlesi. The digital and new media aide tweeted pictures of the complexes whilst crediting the statement to Chibuike Rotimi Amaechi, the current Minister of Transport. Amaechi confirmed the announcements via a tweet of his own stating that the complexes would actually be named after Goodluck Jonathan. The completion of the project marks another landmark achievement for President Muhammadu Buhari.

The bid to overhaul and revitalise Railway transportation in Nigeria is gaining serious momentum, and sooner than later, we will all be reaping the benefits of the President's commitment to developing good infrastructure around the country. It is such a nice gesture once again by the President as he looks to appreciate his predecessor and put his name on the marble.

Here are some photos of the aforementioned complexes. 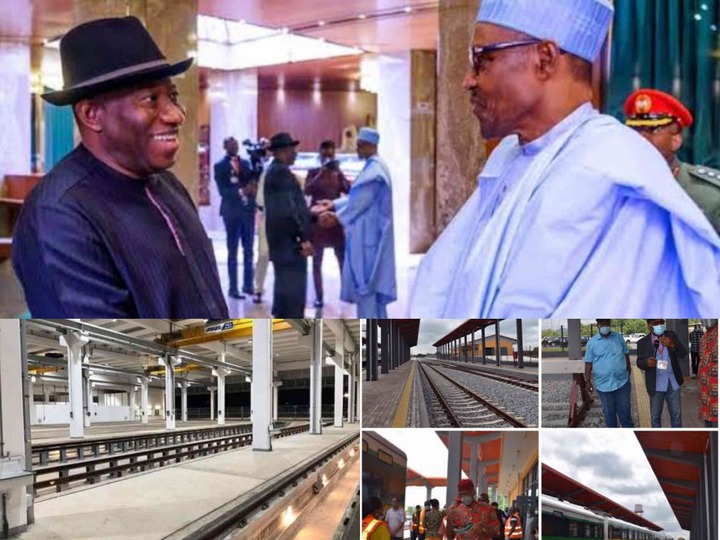