Three Senators of the Peoples Democratic Party (PDP), on Wednesday, resigned their membership of the party and defected to the ruling All Progressives Congress (APC). 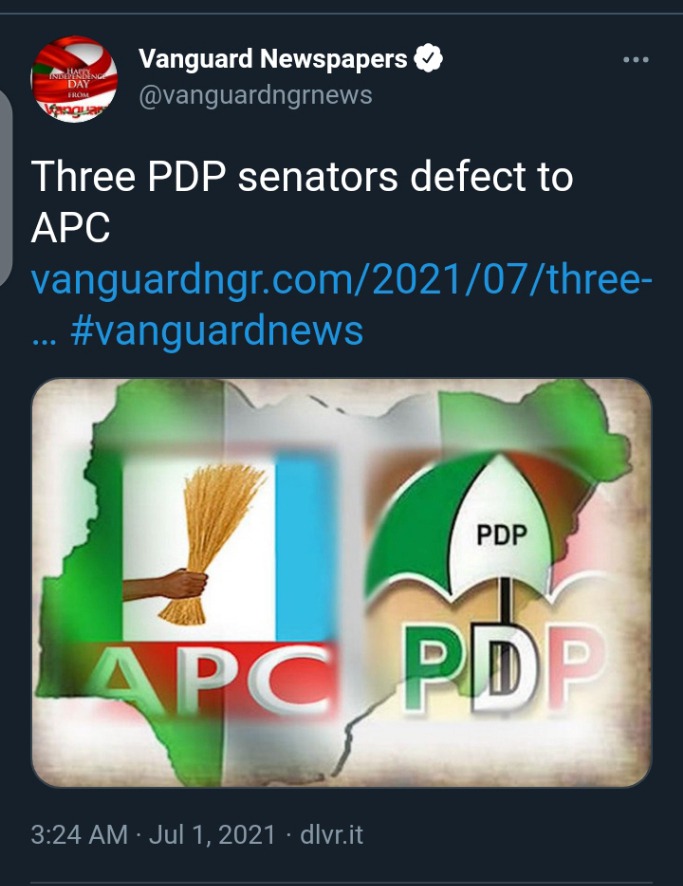 In three separate letters to Senate President Ahmad Lawan, the lawmakers blamed internal party strife, tyranny, and leadership failure for their decision to leave the opposition.

During the opening of the plenary, Lawan read their letters of defection. 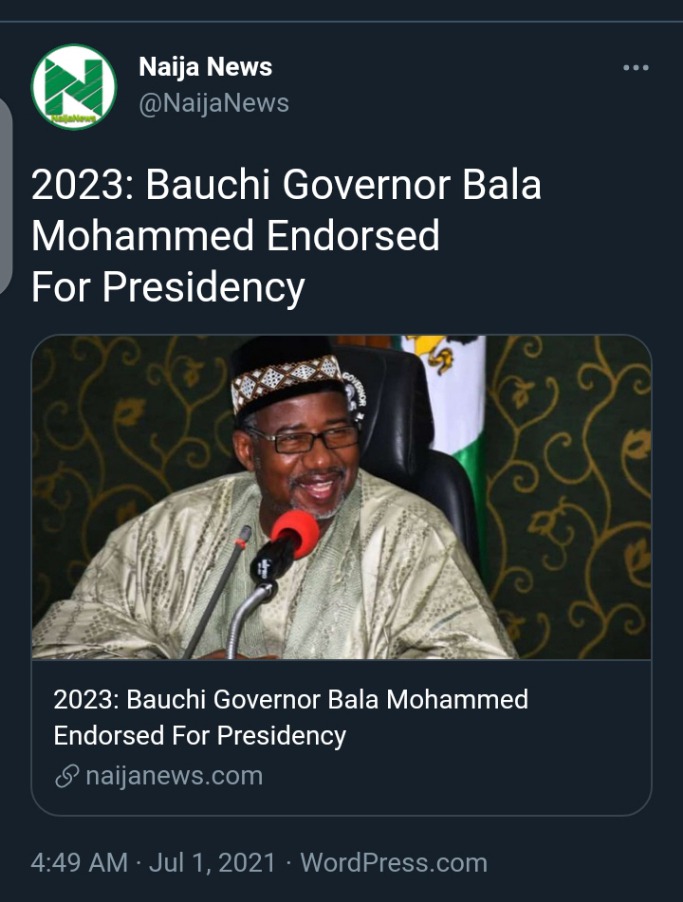 When members of the Bala Abdulkadir Mohammed Vanguard (BAM-V), a group advocating for Governor Mohammed to run for president in 2023, paid him an advocacy visit at his Abuja residence, Idris made the statement.

Idris believes that if Governor Mohammed is elected president, he has the qualities to bring the country out of its current predicament.

“It is only God who has the power to put someone in power; nobody has the power. I wish and I pray that Bala is the person God has anointed,” he said.

Senate Minority Leader, Enyinnaya Abaribe, has urged the Federal Government to follow the rule of law in handling the case of the leader of the proscribed Indigenous Peoples of Biafra (IPOB), Nnamdi Kanu. 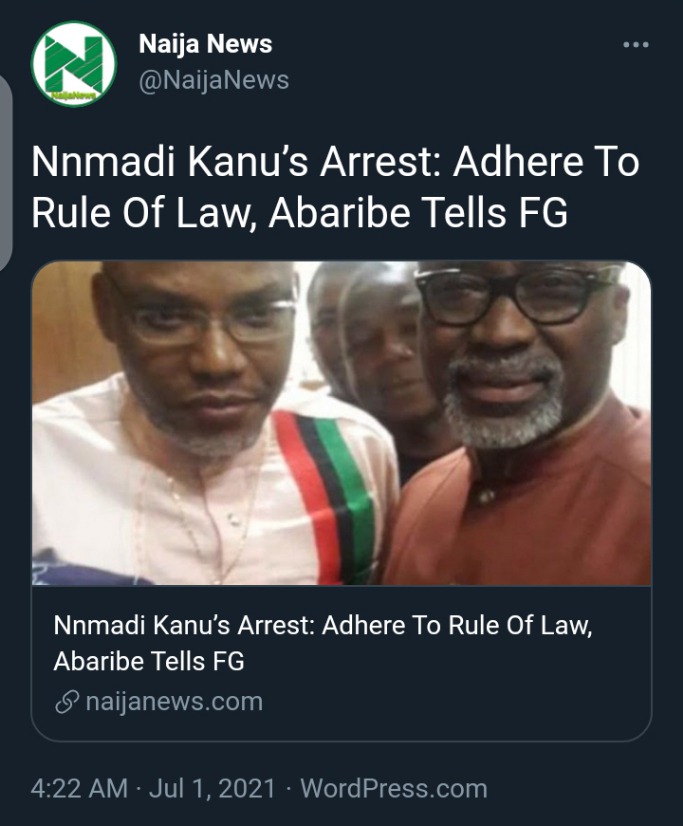 Abaribe urged the Federal Government to respect the IPOB leader's fundamental human rights in a statement signed by his Media Adviser, Uchenna Awom, on Wednesday.

The Senator, who stood surety for Kanu when he was first charged a few years ago, also advised the government to follow Section 31 of the 1999 Constitution of the Federal Republic of Nigeria, as amended.

In detaining and re-arraigning Kanu in court for the continuation of his trial, the government should also consider Article 4 of the African Charter on Human and People's Rights, he added.

Army prays for Attahiru, others 40 days after death

The Nigerian Army held 40th day prayers on Wednesday for Lt. Gen. Ibrahim Attahiru, the late former Chief of Army Staff, and ten other military personnel who died in an air crash at Kaduna International Airport on May 21. 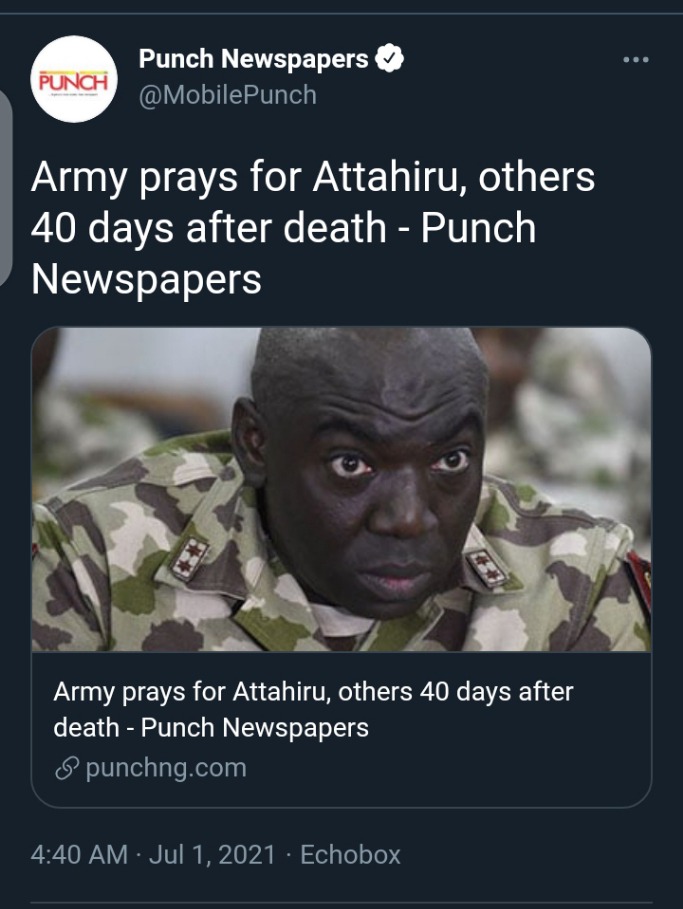 According to Onyema Nwachukwu, Director of Army Public Relations, the COAS, Maj. Gen. Faruk Yahaya, assured the family of the late personnel of the Nigerian Army's continued support at the event. 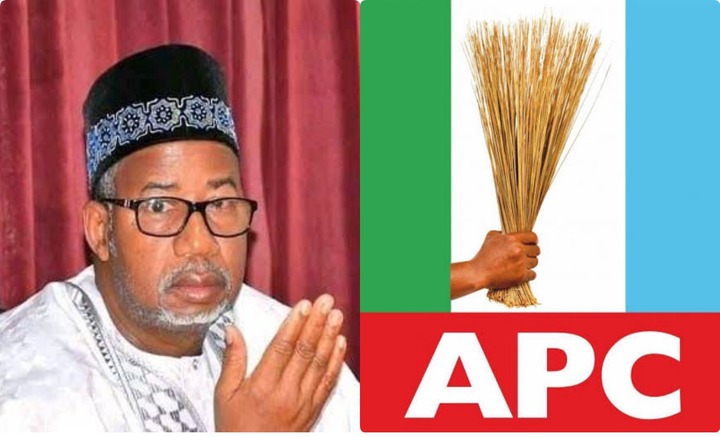