Today's Headlines: "What I Told My Son Before His Death" -Senator Na'Allah, US Navy Helicopter Crashes

"What I Told My Son Before His Death" - Senator Na'Allah 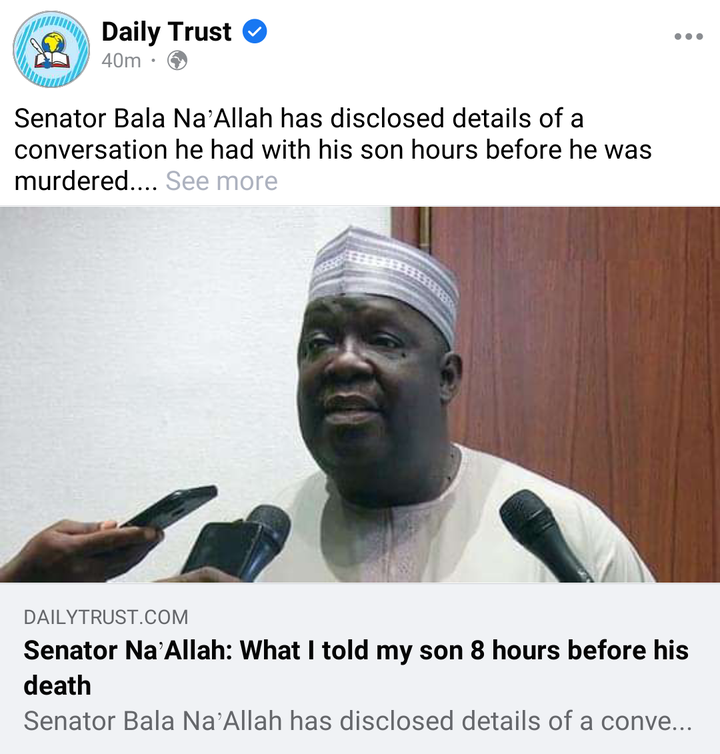 Senator Bala Na’Allah has disclosed details of a conversation he had with his son hours before he was murdered.

The senator’s eldest son, Captain Abdulkareem Bala Na’Allah, was found dead in his bedroom at Malali in Kaduna State on Sunday.

The 36-year-old pilot, who was said to have recently got married, was strangled while his assassins escaped with his vehicle and personal belongings.

Speaking at his Gwamna Road residence in Kaduna on Tuesday, the senator, who was abroad at the time of the tragic incident, said there needs to be an antidote for the evolving security challenges. 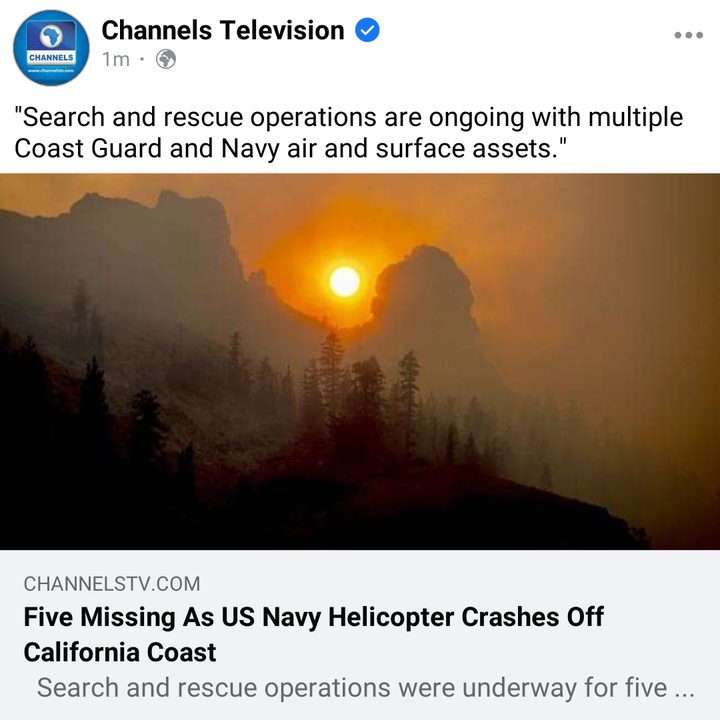 Search and rescue operations were underway for five crew members missing after a US Navy helicopter crashed into the sea off the coast of California, the US Pacific Fleet said on Tuesday.

One crew member had been rescued but five were missing, the navy fleet said in a statement.

The MH-60S helicopter took off from the USS Abraham Lincoln during “routine flight operations” about 60 nautical miles off the coast of San Diego at 4:30 pm (2330 GMT), the fleet said. 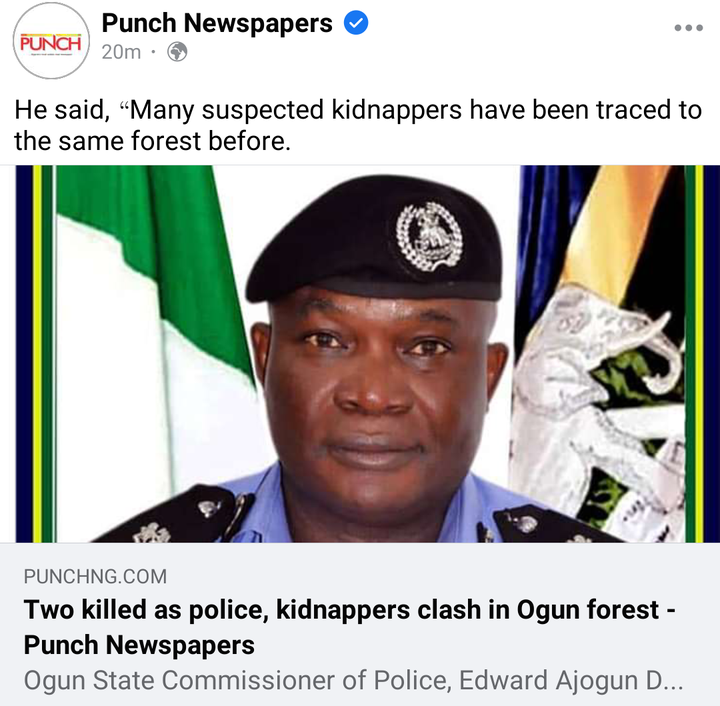 Two suspected members of a kidnap syndicate have been killed by men of the Ogun State Police Command in a forest in the state.

The suspects were reportedly sighted hibernating in the forest at the back of the ICT Polytechnic, Itori, in the Ewekoro area of the state.

The state Police Public Relations Officer, DSP Abimbola Oyeyemi, disclosed this on Monday in a statement.

Oyeyemi said the two suspects met their Waterloo when policemen in the Ewekoro divisional headquarters received information around 7.30am on their presence in the forest. 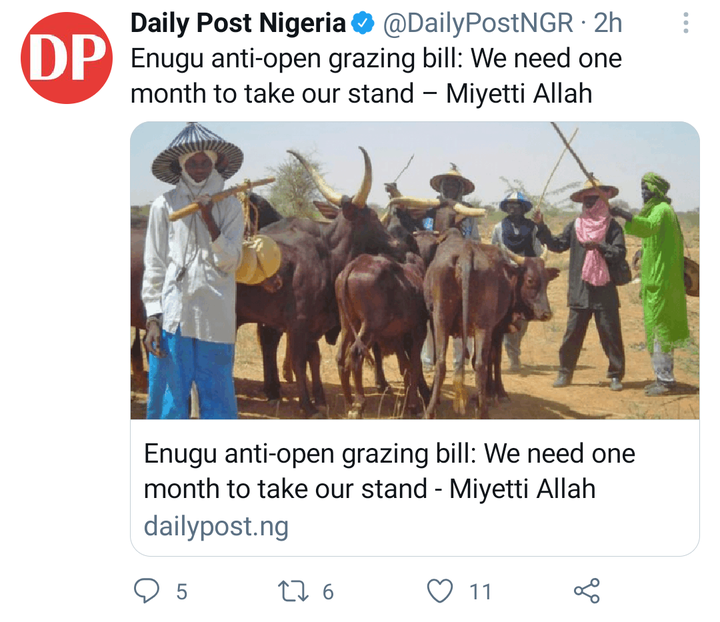 Fulani herders under the umbrella of Miyetti Allah Hor and Gan-Allah Fulani Development Association of Nigeria, GAFDAN, on Tuesday asked for a period of one month to make submissions on the open grazing prohibition bill currently before the Enugu State House of Assembly.

Daily Post reports that the State Assembly held a public hearing on the proposed law to prohibit open rearing of cattle in the State.

Several stakeholders made presentations endorsing the bill which they described as long over due.