By Storyhub (self media writer) | 7 months ago 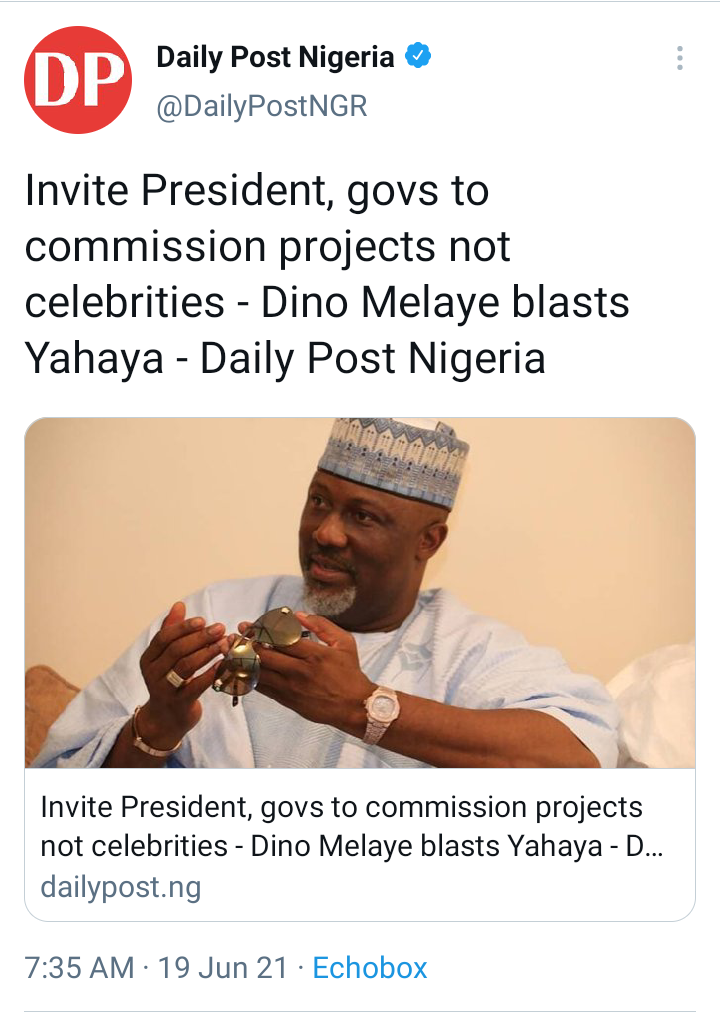 Former senator representing the Kogi West Senatorial District, Dino Melaye has mocked the Governor of Kogi state, Yahaya Bello, for inviting Nigerian celebrities to the state instead of welcoming prominent Nigerians for commissioning of projects.

Reacting, Melaye said Govenor Bello should imitate his counterparts in other state who invite prominent Nigerians for the commissioning of projects. 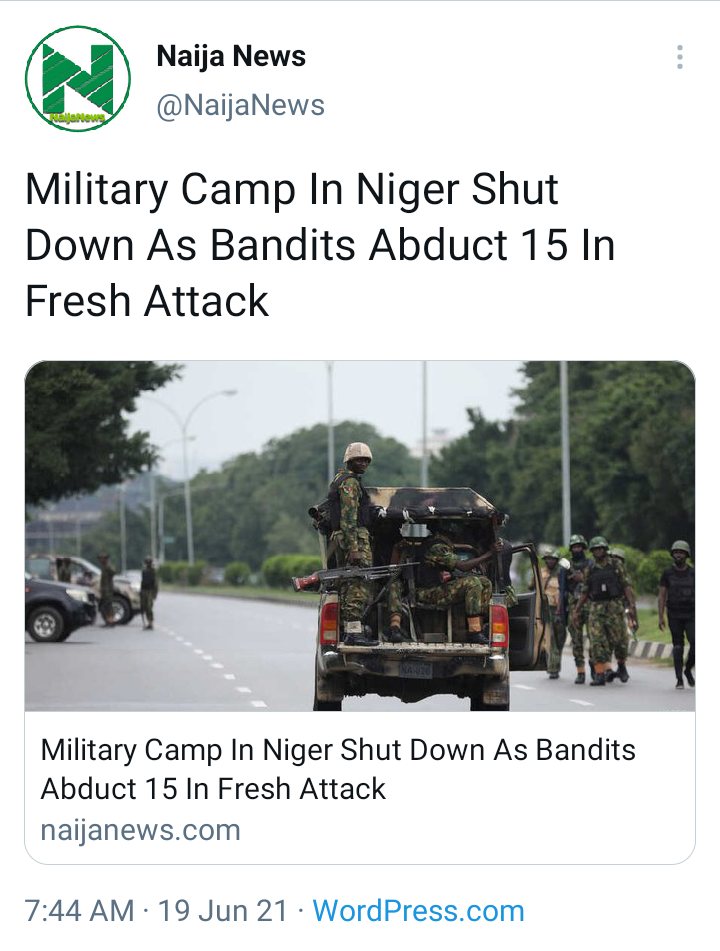 According to reports, the military camp in Zagzaga community in Munya council area of Niger State has been closed up following an attack by suspected bandits.

It was disclosed that the military has also launched a search with some youths in the community for one missing soldier in the wake of the attack.

A source revealed to newsmen that after the military camp was shut down, bandits attacked the communities in the area and Kidnapped 15 people while others fled to nearby villages. 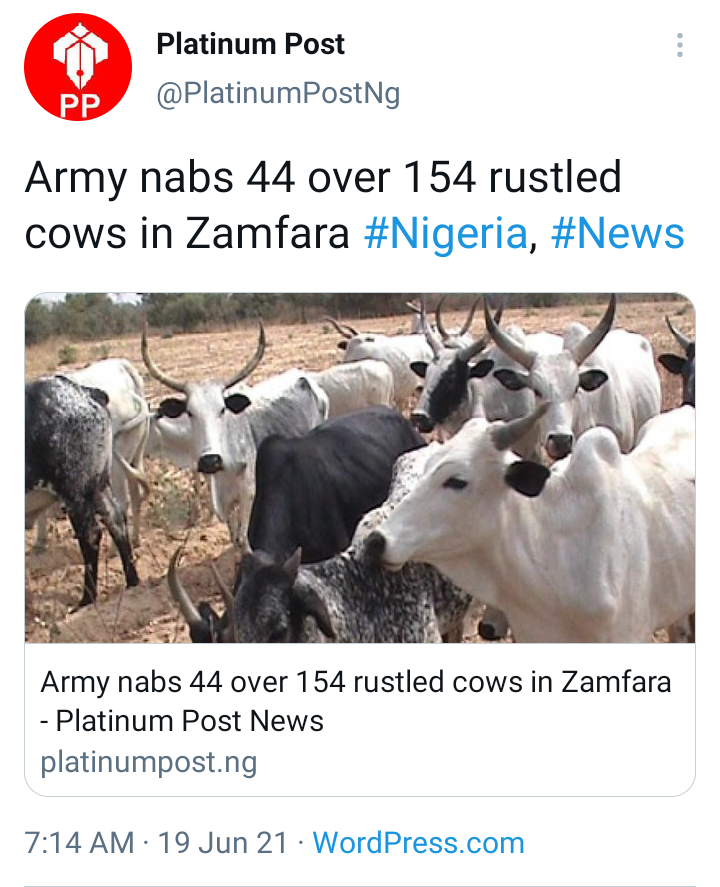 Reports have it that the Nigerian Army Operatives have intercepted 12 trucks loaded with 154 stolen cows and apprehended 44 collaborators in Zamfara State.

This was stated on Friday by the Deputy Force Commander, Operation Hadarin Daji, North-west Region, Air Commander Abubakar Gusau. The suspected rustled animals were handed over to the Zamfara government.

Abdukadir stated that the suspects were apprehended conveying 154 cows, one ram and a camel in trucks on their way to Gusau. 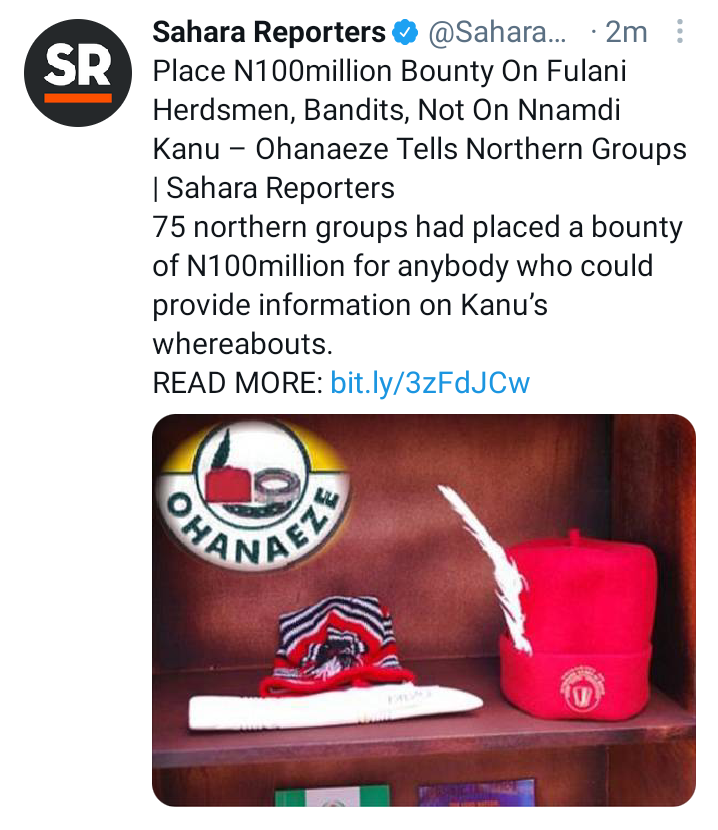 The apex Igbo socio-cultural organisation, Ohanaeze Ndigbo has condemned the Coalition of Northern Groups for placing a bounty on Nnamdi Kanu, the leader of the Indigenous People of Biafra (IPOB).

This was said by the Ohanaeze Publicity Secretary, Alex Ogbonnaya in an interview with the Punch. He said that the Northern Groups should focus on their ravaging Fulani herdsmen and Boko Haram terrorists instead of the IPOB leader.

He stated that he was happy that the groups were concerned about Nigeria's problems but that they should be fair by placing the N100 m bounty on the heads of leaders of Fulani Herdsmen, Boko Haram and the Islamic State of West African Province (ISWAP).