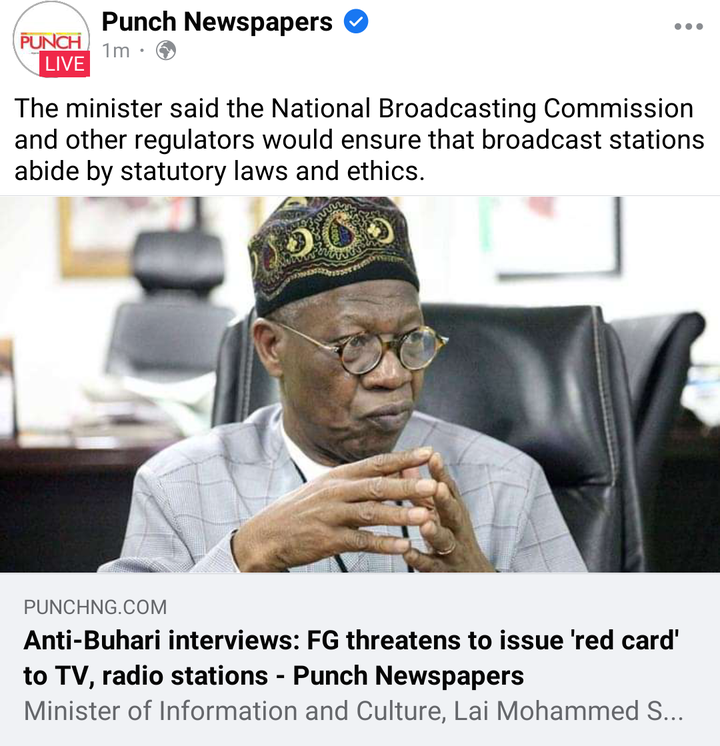 The Federal Government has threatened to show a red card to television and radio stations in Nigeria for alleged breach of broadcast ethics.

The Minister of Information and Culture, Alhaji Lai Mohammed, made this known while speaking with the News Agency of Nigeria on Wednesday in Sal Island, Cape Verde.

The Punch reports the National Broadcasting Commission recently invited presenters of Channels Television and threatened to sanction the broadcast station over an interview with Benue State Governor Samuel Ortom.

The interview, which attracted a harsh reaction from the president, was considered to be against the President, Major General Muhammadu Buhari (retd.). Boko Haram terrorists and Islamic State-aligned fighters have invaded Rann community in Borno State, killing at least 17 people, including a soldier and an aid worker.

Security and militia sources told AFP on Tuesday that hundreds of fighters from the Islamic State West Africa Province (ISWAP) stormed the town of Rann on the border with Cameroon, pushing troops out of a base and occupying the town for several hours.

The attack provoked a mass exodus of residents towards Cameroon before the Nigerian troops regained the town with aerial support.

ISWAP which split from Boko Haram in 2016 has been consolidating its control since the death in May of Boko Haram leader Abubakar Shekau in clashes between the two rival factions.

Heavily-armed fighters "came in around 1:30 am on foot like a swarm of locusts and overwhelmed soldiers who had to abandon their base", said an anti-jihadist militia leader in the town. 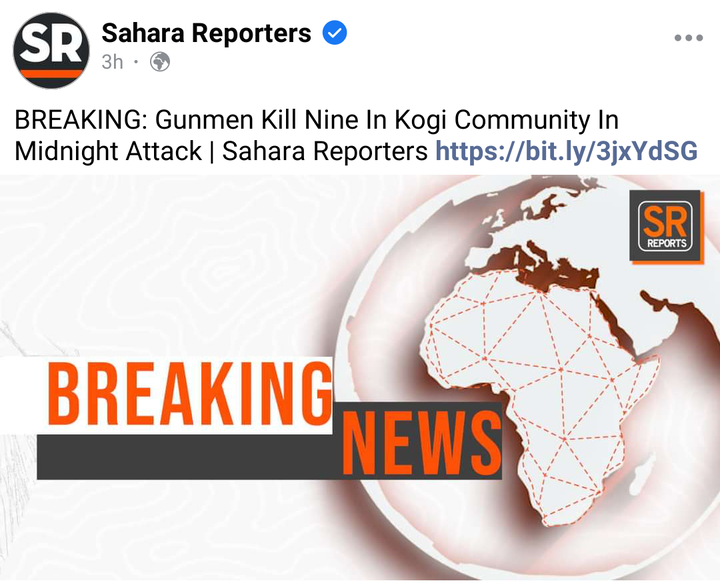 At least nine persons were killed in the late hours of Tuesday after gunmen invaded Bagana community in the Omala Local Government Area of Kogi State.

A resident disclosed that people were woken up from their sleep by gunshots and by Wednesday morning, they counted five dead bodies, including a diesel oil dealer and a dispensary staff of the Local Government Health Center at Ogba, residing in Bagana.

Confirming the incident, the Public Relations Officer of the state police command, DSP William Aya, said one Usman Salifu called the DPO on phone around 9.30pm on Tuesday that his shop had been attacked by gunmen leading to the death of his sales boy, Bashir Sule and three other customers, while scores sustained various degrees of injury.