IS there any redemption for the poor when governments rob them? How can people be lifted out of poverty when those who are assigned to do it drag them into deeper recesses of poverty? The pathetic story of a simmering scandal in Katsina State underlines how corruption is deepening poverty, no matter the source of the resources.

Dangote Foundation had announced a N10 billion fund to help the poorest of the poor across the country. The intention was to lift them out of poor through series of interventions to assist in their small businesses. Women were central to the programme. If they had the resources, it was expected that they would expend them in improving the welfare of their children, as studies had shown.

The programme in Katsina State is already mired in allegations of fraud in the distribution of the money. The figure being mentioned for distribution is N34 million. The allegations if investigated could lead to other issues, including how much was really budgeted for the programme in the State. Is it possible that Governor Aminu Masari who mentioned the scandal in Malumfashi is unaware of the amount budgeted for distribution in Katsina State?

Each of Katsina’s 34 local government areas was to present 1,000 women as beneficiaries of the fund. They were to get N10,000 each. A simple calculation shows that N340 million was required for the 34,000 beneficiaries to get N10,000 each. Did Katsina get N34 million or N340 million? That would be the first issue that Governor Masari has to settle.

When Governor Aminu Masari raised alarm over that the women were not getting their dues, he laid the blame on those making the payments. Masai’s short list of those who were fiddling with the money had politicians, civil servants and traditional rulers. How did he know? Why had he done nothing about it?

As he spoke on Saturday in Malumfashi Council, Aminu Ibrahim was distributing N5,000 to each of the 1,000 beneficiaries at the event. Mallam Ibrahim is Malumfashi’s representative in the House of Assembly. Why did the Governor not stop the distribution? If it was meant to be N10,000, why would the Governor not get to the root of the matter that was being maladministered in his eminent presence?

The Governor told the gathering that he had reports of women in some location getting as little as N1,000. Some got N8,000 and others N6,000. Since he witnessed a distribution that was below the stated N10,000 per beneficiary, should he not have intervened?

Why did he not act beyond making a report of the incidents he knew about? It is doubtful whether Masari realised his role in not stopping the corruption that has seeped into a programme that could lift thousands of families to better living conditions in Katsina. Why was he complaining? Who was he complaining to? Was he expecting the gathering to arrest those who were stealing the money meant for the poor? How were the people to know that they were being cheated? How would they be encouraged to make more reports of corruptions in the system if their reports got to the Governor and he did nothing?

His warning that government would act against those who were diverting the resources meant for the less privileged would have been more effective if he acted on the spot. If it was impossible to act in Malumfashi, he would have made more impact with the reports of what he did to those found wanting in the earlier distributions of the money.

In failing to act, he had let the suspicions to grow that not only was government aware of the mismanagement of the money meant for the poorest of the poor, it would not act because those who had decided to steal the money were too important to the government to be punished.

Governor Masari was the best opportunity that the poor had to rescue what was theirs but hijacked by the powerful, who dispense the money to them as if they were doing them a favour. The poor are usually weak, afraid, uneducated, and wary of getting into more pit than their poverty.

They rarely complain because they do not expect that their concerns would get any attention. Nobody protects them. They often opt for silence. Governor Masari did not show them that escaping poverty includes their rights to justice and being regarded as human beings. His inaction has failed the poor and even the Dangote Foundation that expected that its resources would go to the poor and not to government officials and traditional rulers who enjoy the protection of the Governor.

Sadly, Katsina would not be the only State where this perfidy is being given official approval. 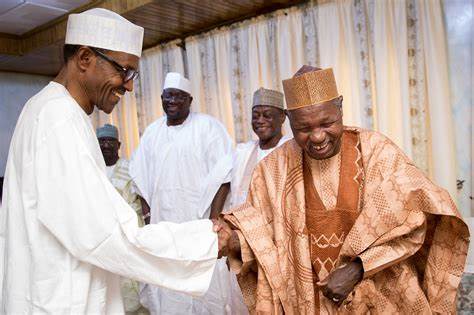 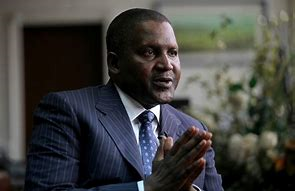 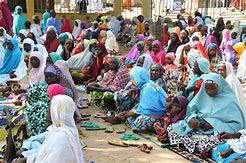 G3 Rifle, 15 AK-47s And 15 Pistols: The Unsung Story of How NDLEA Mops Up Arms And Light Weapons