Governor Abdullahi Sule has given an insight into the emergence of Bola Tinubu as the All Progressives Congress (APC) presidential candidate.

The Nasarawa helmsman spoke on Monday in Lafia, the capital, at a meeting with state officials. 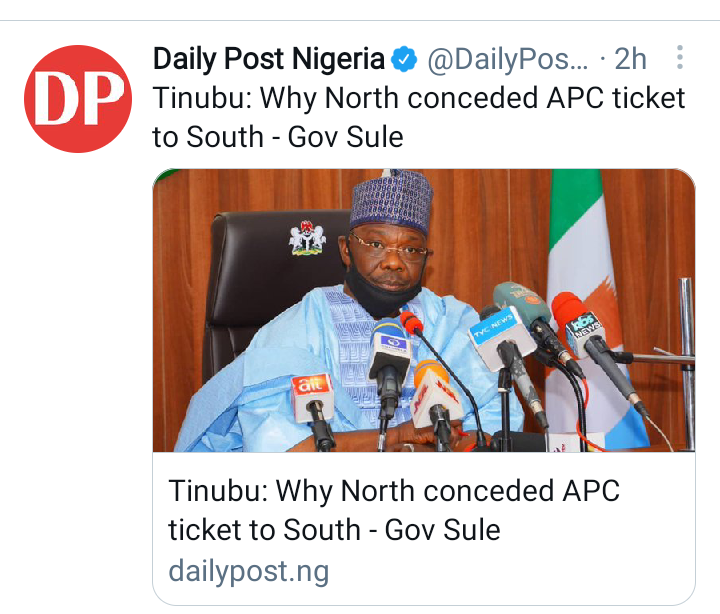 Sule hinted that the North conceded the APC ticket to the southern region based on democratic credentials.

The governor said the decision was taken “to protect the image of the North”.

The Executives and Stakeholders of the Peoples Democratic Party, (PDP) in Ofu Local Government Area of Kogi State have impeached the Chairman of the party, Gabriel Itanyi. 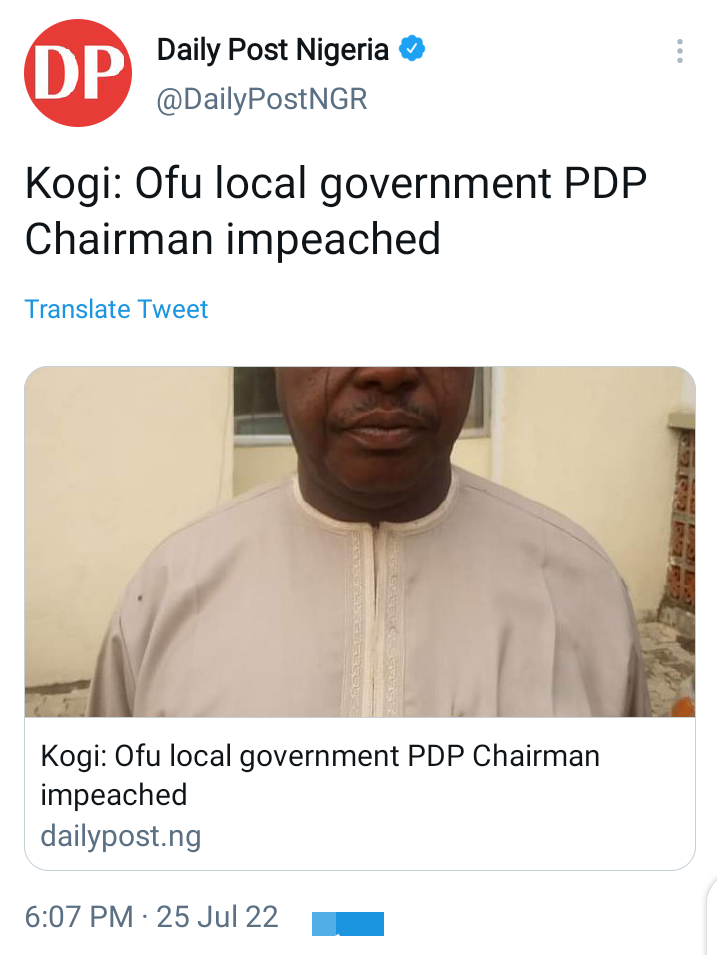 DAILY POST recalls that Itanyi was earlier suspended by the Ofu local government PDP executives for alleged gross misconduct and abuse of office.

The impeachment is contained in a letter to the Kogi State PDP Secretariat, dated 25th July 2022 and signed by 16 officials, including party executives and stakeholders among others. 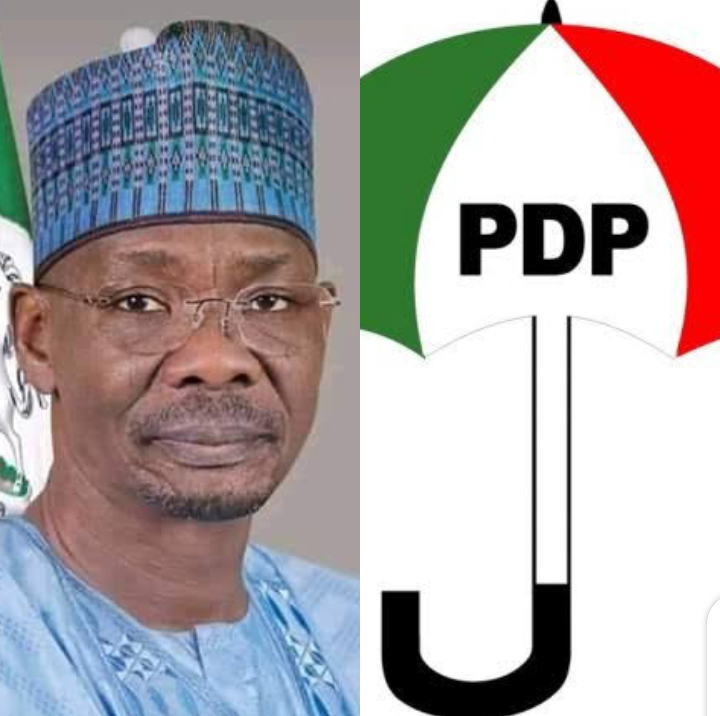 The Peoples Democratic Party (PDP) says the recent video which showed terrorists mercilessly flogging, inflicting grievous bodily harm and threatening to sell into slavery and kill traumatized victims of the bloody Abuja/Kaduna train attack who have been held in captivity since March 28, 2022, is proof that the ruling party has irretrievably failed. 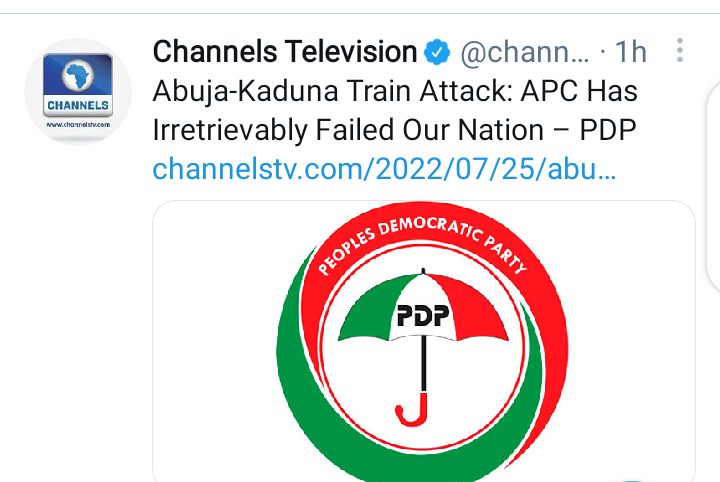 At a press conference on Monday, the PDP through its spokesman, Hon Debo Ologunagba, said it is deeply saddened, alarmed and distressed by the video which establishes that the victims have been in the terrorists’ den for at least 120 days.

Vice President Yemi Osinbajo has been discharged from a Lagos hospital following a successful surgical operation and rehabilitation. 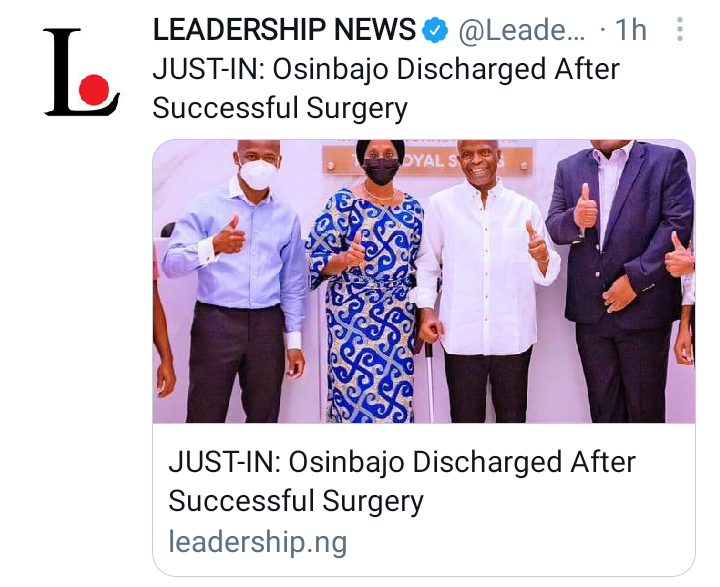 The Chief Personal Physician to the Vice President, Dr Nicholas Audifferen, in a statement, said: “The Vice President, Professor Yemi Osinbajo, SAN was admitted to the Duchess International Hospital, Lagos, last Saturday, July 16, 2022, on account of a right femur fracture. He had corrective surgery without any complications.

“He was admitted for a total of 7 days during which he had physiotherapy and a smooth rehabilitation following the surgical operation. He has been discharged and is now recuperating.