By Sourcementor (self media writer) | 2 months ago 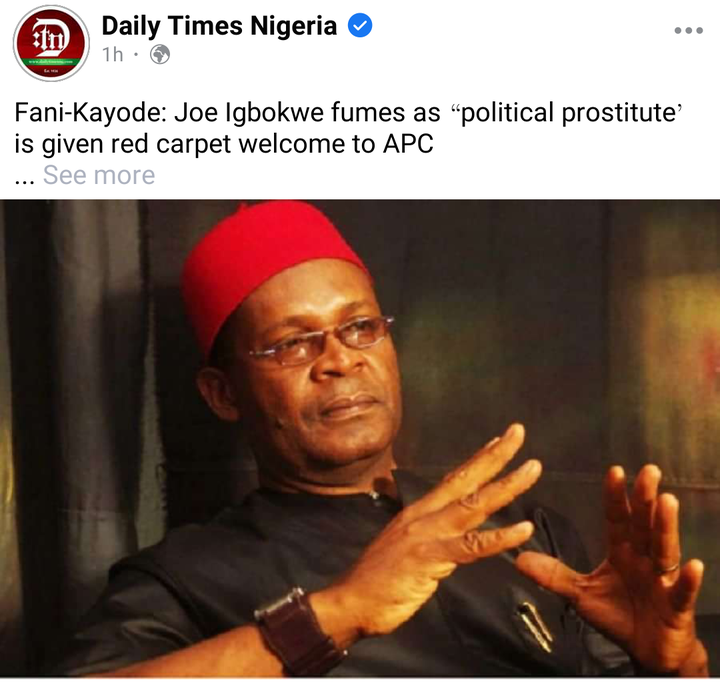 Joe Igbokwe, a chieftain of the All Progressives Congress, APC, has fumed over the reception accorded former Minister of Aviation, Femi Fani-Kayode.

Fani-Kayode on Thursday defected to the ruling APC.

He was welcomed by President Muhammadu Buhari at the Aso Presidential Villa, Abuja.

Igbokwe, writing on his Facebook wall, lamented that APC has not invited him to meet with Buhari despite all his push for the ruling party.

He questioned why “a political charlatan and prostitute” like Fani-Kayode was given a red carpet welcome.

His words: “Despite all my push for APC, Abuja has not given me a phone talk less of inviting me for coffee with the C-in-C. But here is a political charlatan and prostitute being given a red carpet in the seat of power, Abuja.” 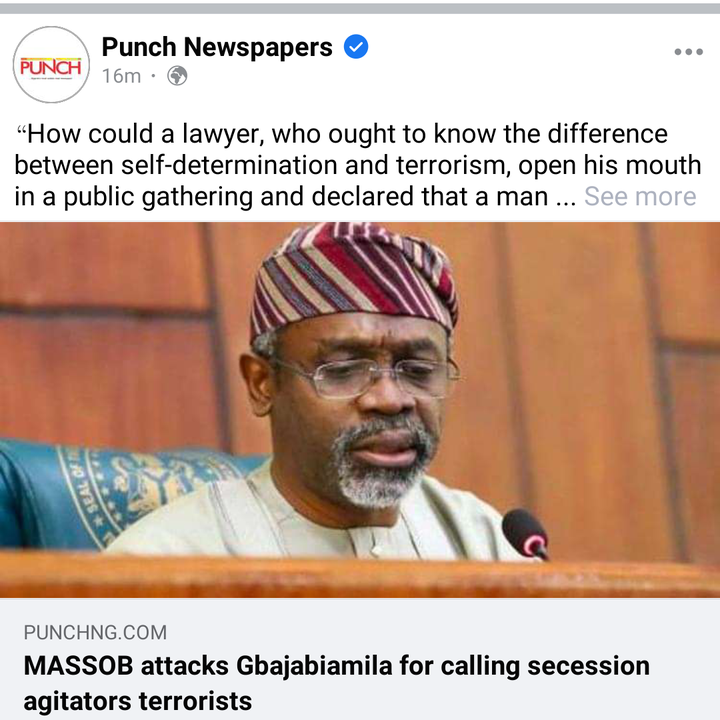 The Movement for the Actualization of the Sovereign State of Biafra on Thursday condemned the statement credited to the Speaker, House of Representatives, Mr Femi Gbajabiamila, in which he likened the Yoruba Nation agitators, Indigenous Peoples of Biafra and other Pro- Biafra agitators as not different from ISWAP and Boko Haram terrorists.

The leader of MASSOB, Uchenna Madu, in a statement by his National Director of Information, Mr Edeson Samuel, described the unguarded statement of the Speaker as unfortunate.

The pro-Biafra agitators said, “It is unfortunate for a well trained lawyer, who is also the Speaker of the nation’s parliament to stoop so low in making such unreasonable and inconsequential comment.

Sunday Igboho is against Yoruba Nation protest for now –Lawyer 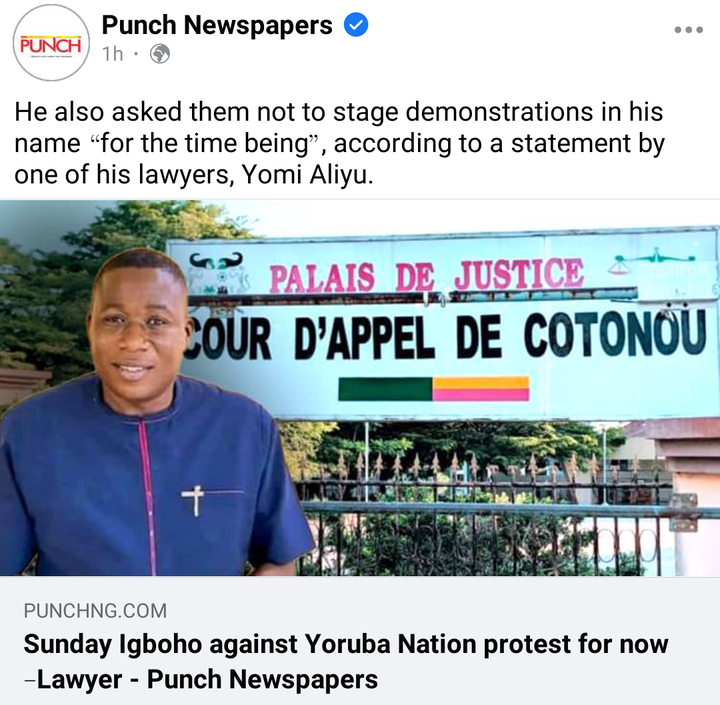 Yoruba Nation agitator, Sunday Adeyemo, popularly known as Sunday Igboho, has asked his supporters not to parade his mother in public.

He also asked them not to stage demonstrations in his name “for the time being”, according to a statement by one of his lawyers, Yomi Aliyu.

Aliyu, in a statement on Thursday, also quoted Igboho as declaring that he has no spokesperson, adding that messages from his former media appointees should be ignored.