By Christog (self media writer) | 14 days ago

Former Senate President, Ken Nnamani, has appealed to agitators in the South-East to sheathe their swords, warning that war is not child’s play. 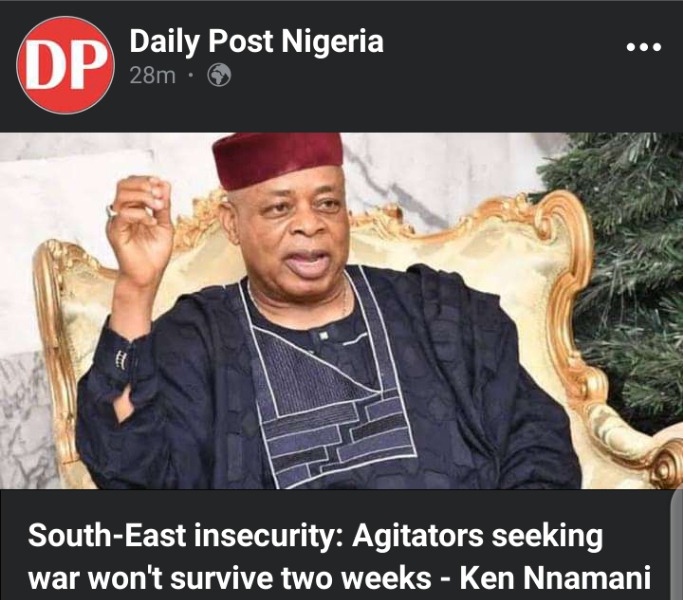 The All Progressives Congress (APC) said the destruction and killings in the region should not be regarded as a challenge to the federal government only. In a chat with reporters on Tuesday in Lagos, Nnamani noted that it is better for the Igbos to remain and achieve more in Nigeria.

According to him, most of the people who call for war are usually the first to be wiped out. They would not survive the first two weeks.

Governor Nasir El-Rufai of Kaduna State has presented the 2022 draft budget of N233 billion to Kaduna State House of Assembly, with a capital expenditure of N146 billion and recurrent spending of N87.6 billion. 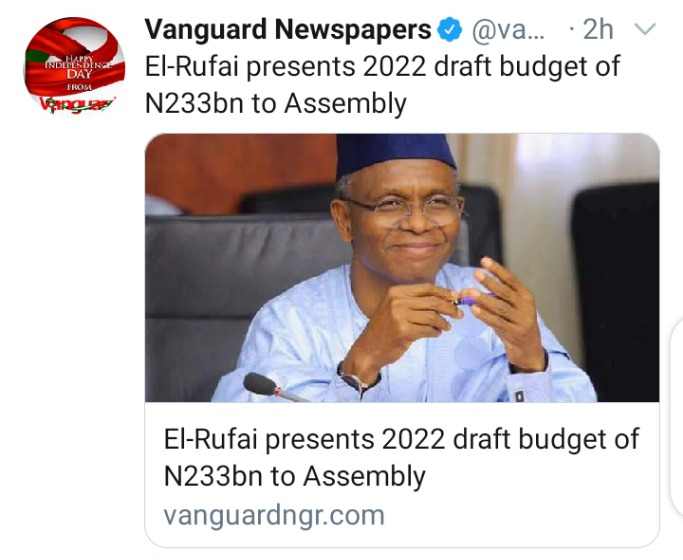 Giving a further breakdown of the N233billion budget estimate, the governor disclosed that it has a capital to recurrent ratio of 63% : 37%.

Governor Samuel Ortom of Benue State has lamented the deplorable condition of persons living in Internally Displaced Persons, IDPs, camps across the state. 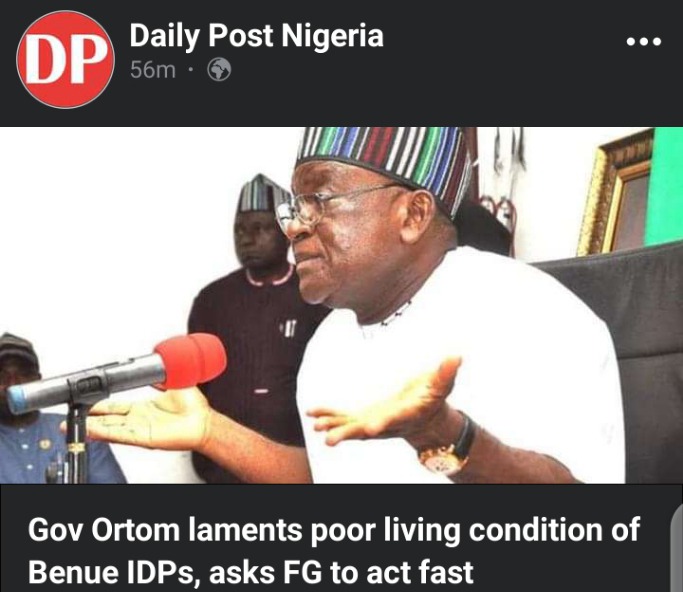 Governor Ortom spoke Tuesday at the Benue People’s House when he received a delegation from the Federal Ministry of Humanitarian Affairs, Disaster Management and Social Development led by Dr. Abubakar Suleiman.

He said he is pained that innocent people have continued to suffer untold hardship without a concrete plan by the Federal Government.