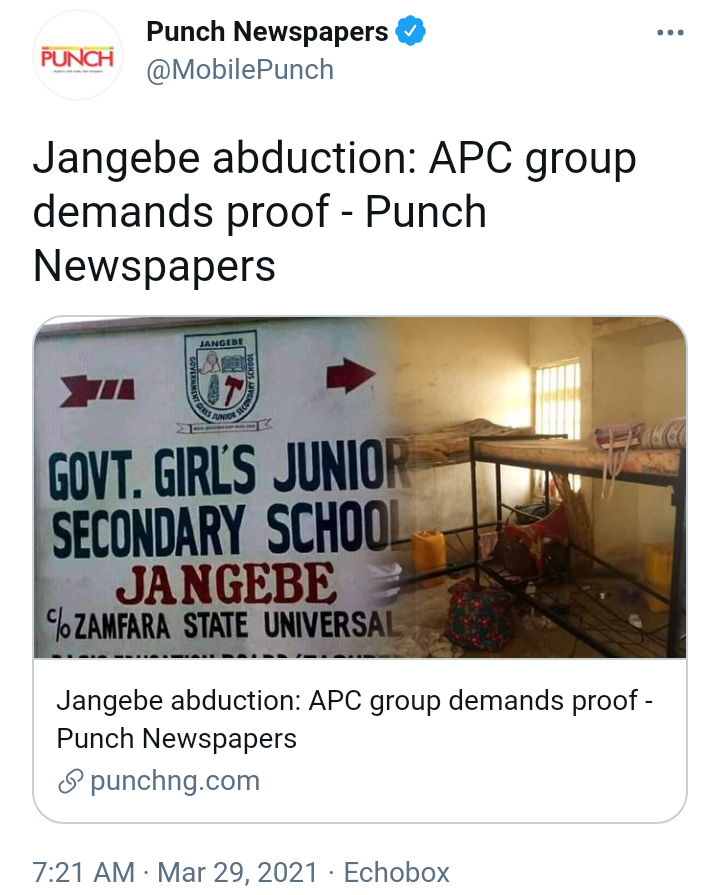 Addressing journalists in Gusau, the group’s National President, Alhaji Bello Bakyasuwa, said, “We ask Dr Shinkafi to explain how the APC members were involved in the kidnapping of the innocent schoolgirls.

“He should also substantiate his allegation that the APC members gave the bandits N57m not to release the schoolgirls.

“We also ask that Shinkafi should make his report public for the overall interest of the people of the state.” 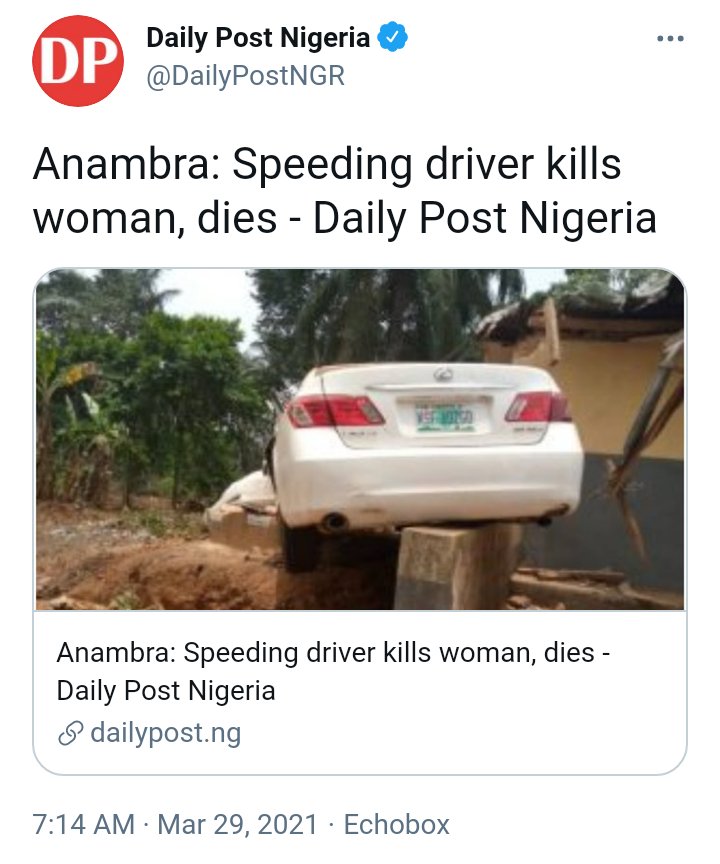 The Federal Road Safety Corps (FRSC) on Sunday confirmed the death of a speeding driver and a female pedestrian at Obiuno Road in Igbo Ukwu community, Anambra State.

Kumapayi said, “Eyewitness report reaching us indicates that an unidentified driver of a Lexus car with registration number KSF403GD was on top speed and lost control of the vehicle.

“He knocked down two women crossing the road and crashed into a building by the side of the road.

“The victims were taken to Apex Hospital in Igbo Ukwu by a good Samaritan before the arrival of the FRSC rescue team from Igbo Ukwu Command. 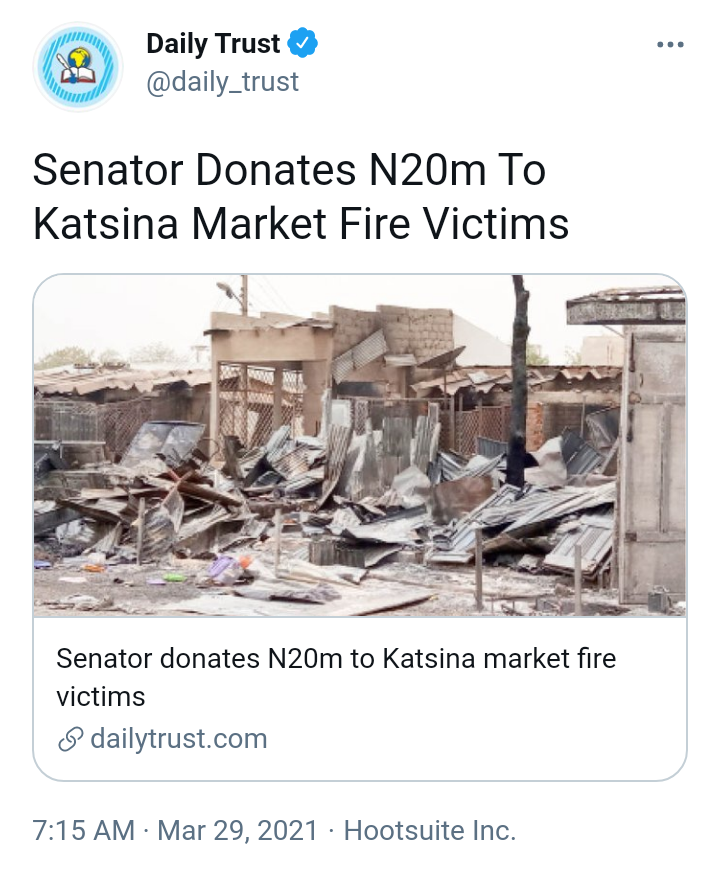 Ahmad Babba Kaita, the senator representing Katsina Central district, has commiserated with the victims of the fire incident that razed parts of the city’s central market.

He donated the sum of N20million to ameliorate the suffering of the affected traders. He made the donation when he paid a sympathy visit to the traders on Saturday.

In his response, the chairman of the traders association, Alhaji Abbas Labaran Albaba, thanked the senator for the gesture, as well as all other sympathisers coming in groups and individually to identify with them.

In a related development, the Emir of Daura, Dr Umar Farouk Umar, also paid a sympathy visit to the Katsina State Government over the incident. He urged the victims to consider what befell them as a test from God and accept it in good faith so as to gain the full measure of their reward.

He called on organisations and individuals to assist the victims of the inferno, and thanked Governor Aminu Bello Masari for his commitment towards rebuilding the market. 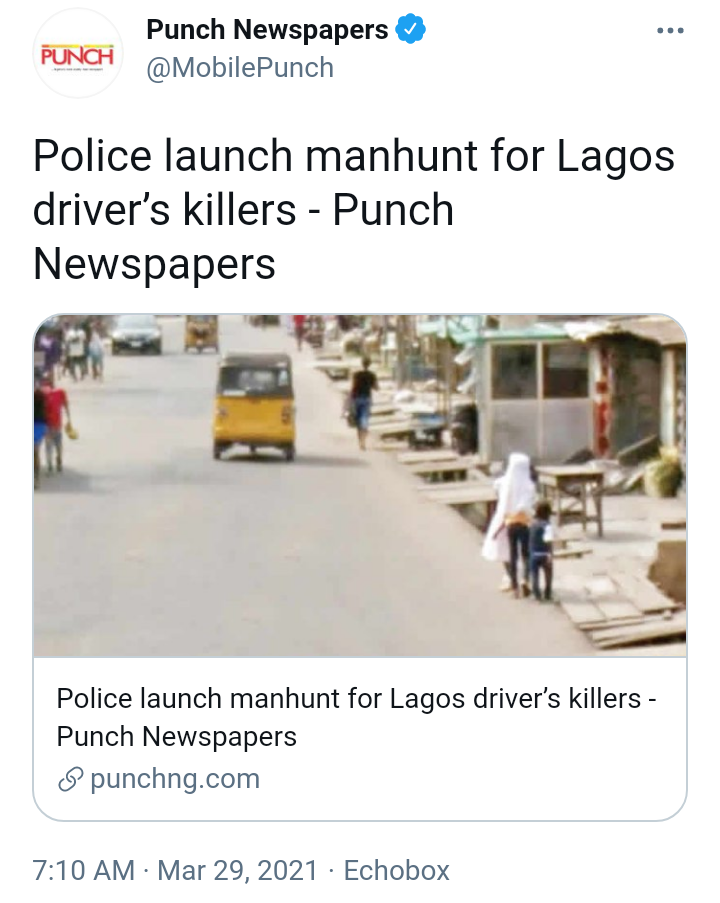 The Lagos State Police Command has launched a manhunt for the fleeing gunmen, who allegedly shot a driver, identified simply as Sunday, to death in the Lawanson area of the state.

PUNCH Metro gathered that the 45-year-old, who had closed for the day, parked his vehicle around Lawanson bus stop and was on his way to buy something when the gunmen suddenly appeared on a motorcycle and shot him in the chest.

Sunday, who fell to the ground after he was shot, died on the spot. His corpse was said to have been left in a pool of his own blood on Aborisade Street, Lawanson.

Other yet-to-be-identified persons were said to have also sustained bullet injuries during the attack that led to the death of the driver. 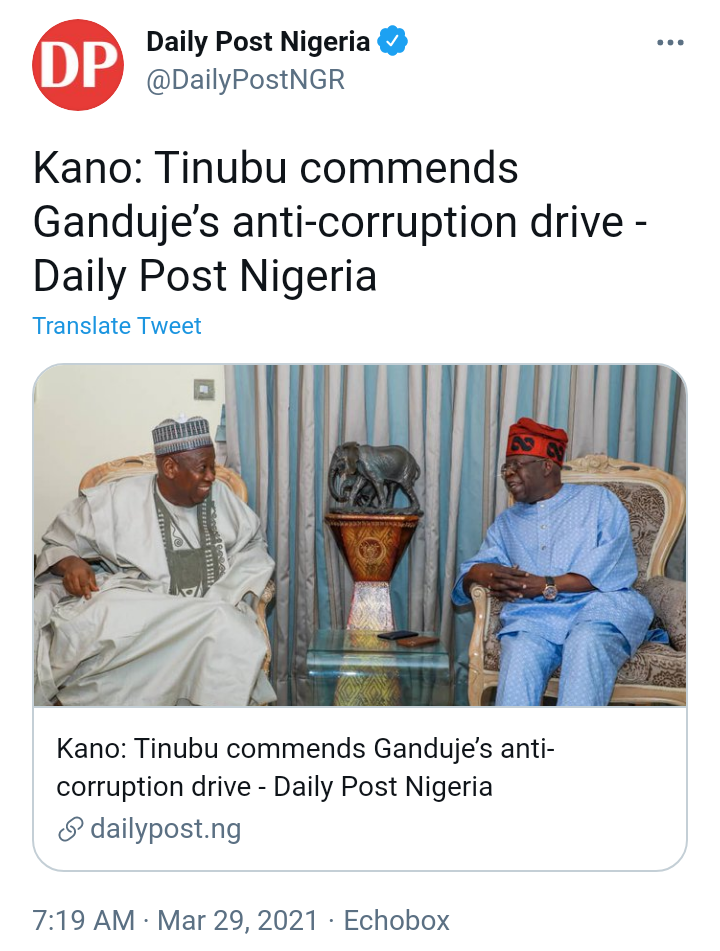 Bola Tinubu, National Leader of the All Progressives Congress, APC, has applauded the Kano State Governor, Abdullahi Ganduje for his efforts in fighting corruption in the State.

He spoke while inaugurating the Office of Kano State Public Complaints and Anti-Corruption Commission, over the weekend, NAN reports. 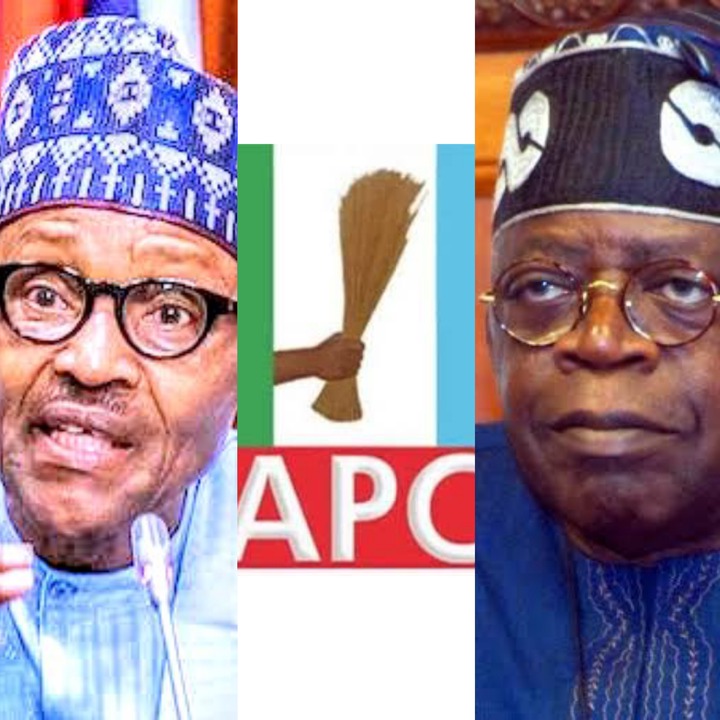 Stroke Symptoms: How You Can Possibly Spot The Warning Signs Of Stroke.

Checkout The Stylish Outfit Erica Wore In Her Recent Post

Dorathy Bachor, Georgina Ibe and others react as Mercy Eke shares video of herself looking classy