By ohonsiwrites (self media writer) | 24 days ago

Joe Igbokwe, the Special Adviser on Drainage and Water Resources to the Governor of Lagos State, Babajide Sanwo-Olu, is popularly known for his supports for the ruling party, APC. And he tackles any opposition of the federal government and anything other that has to do with the party. 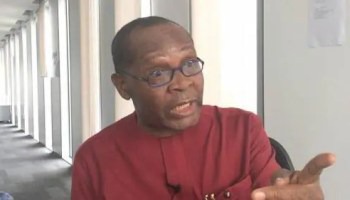 Even though the Lagos State Governor's Aide is from an Igbo royal family in Nnewi, Anambra State, which is in the South-Eastern part of the country that is being claimed by the Nnamdi Kanu-led Independent People of Biafra (IPOB), he does not stop at any point at criticising their secessionist agenda. As a result of this, he is seen by the elements of the self-determnation movements as a disgrace to the Igbo tribe.

Despite the hatred of his fellow Igbos, Igbokwe took to his official Facebook page where he shared a picture of himself kneeling in his sitting room, and thanking God for the arrest of Kanu in July. In a response to this, a statement was released by his kinsmen in Anambra State that he has been collectively disowned by them. Therefore, many members of the public were of the belief that the outspoken politician could never step his foot on anywhere in the South-East again. But after that time, he has done three things which show that he is on the path of mending the fence with his fellow Igbo people. They are stated below:

1.) He attended his late Mother-in-law's burial: Despite alleged death-threat by the IPOB that he should not be found anywhere in the South-East again after he celebrated the re-arrest of Kanu, Igbokwe still expressed his love for his co-Igbo people by attending the funeral of his late mother-in-law in Anambra State late last month. And his presence there was a cheerful one. 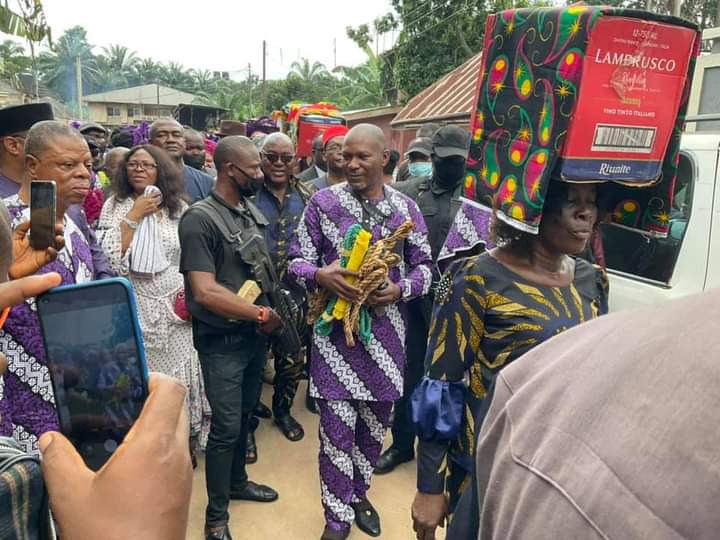 2.) He tackled a Northern group leader: About a week ago, the Spokesperson of the Northern Elders Forum (NEF), Hakeem Baba Ahmed, said in a briefing that heaven would not fall if another Northern President should emerge in 2023. But in a swift reaction, Igbokwe slammed back through his official social media platform by saying, "Heaven will fall!" The implication of this response is that he has the interest of the South-East at heart. And it is expected that his Igbo brethrens would appreciate him for such.

3.) His reconciliation with Senator Eyinayan Abaribe: When the saga of President Buhari was misconstrued that he was referring to the entire Igbo people by tagging the IPOB fraction of them as a dot in the circle just arose, the t-shirts on which the description was printed flooded the Eastern markets. And Abaribe was one of the patrons of the product. But because Igbokwe was angered at him, he criticised him for it; and it led to a dispute between them. But about two days ago, upon the visit of the Senator to Lagos, the two of them met with each other; and they instantly settled their differences. Expectantly, such development will go a long way to helping the Lagos-based Igbokwe to reconcile with the rest of the Igbo people, including his family. 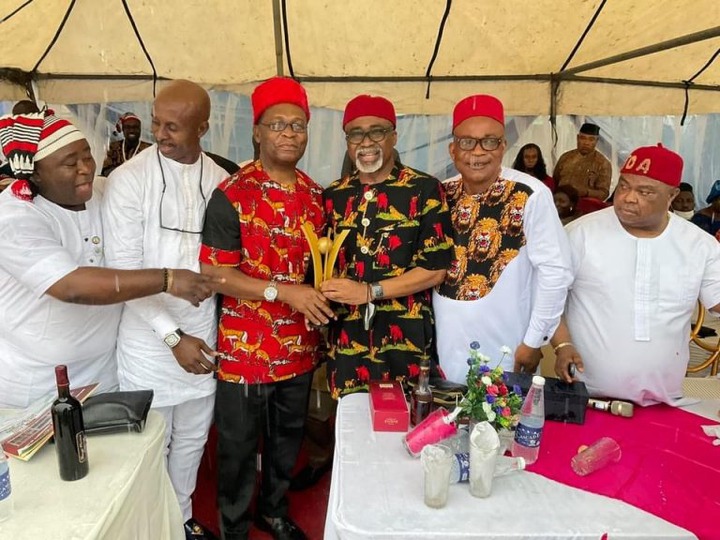