A Nigerian human rights lawyer, Inibehe Effiong has shed more light on why the President was right to refuse the summons from the national assembly.

Effiong based his recent revelations on Section 67 (1) of the 1999 Constitution which gives the president the option whether to attend the National Assembly or not. 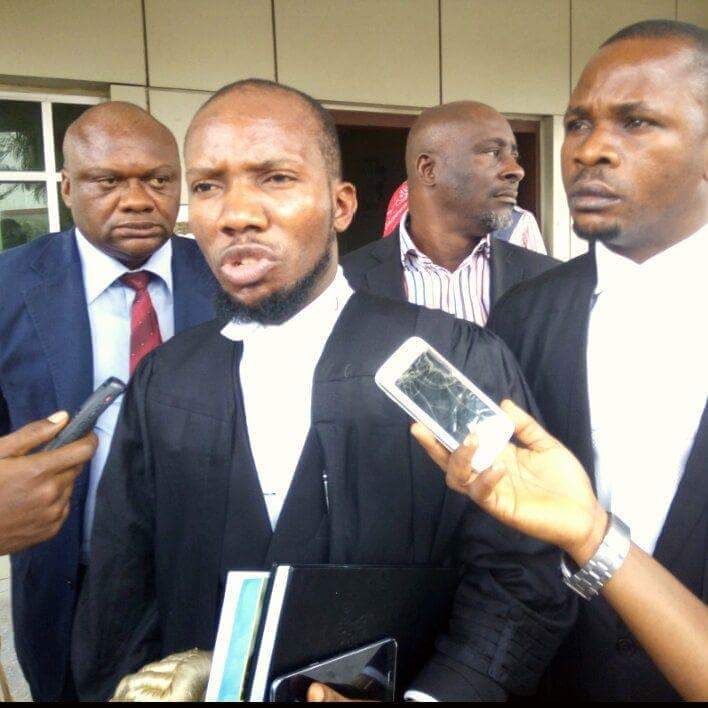 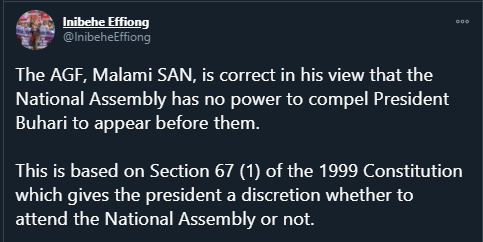 Recall the national assembly had sent an invitation to the president to come and give more explanations on the recent insurgency that have bedeviled the north and other locations.

It had been rumored earlier that the president had accepted to attend the invitation which was billed to hold yesterday but at a dying minute press release, the attorney general and minister of justice, Abubarkar Malami shocked Nigerians and the national assembly as he announced the president would not be honoring the invitation. 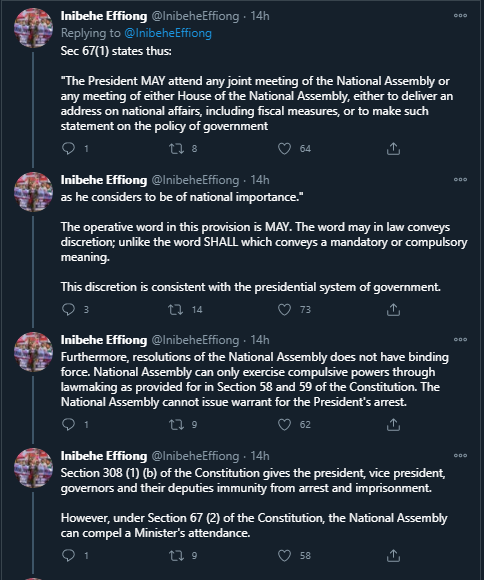 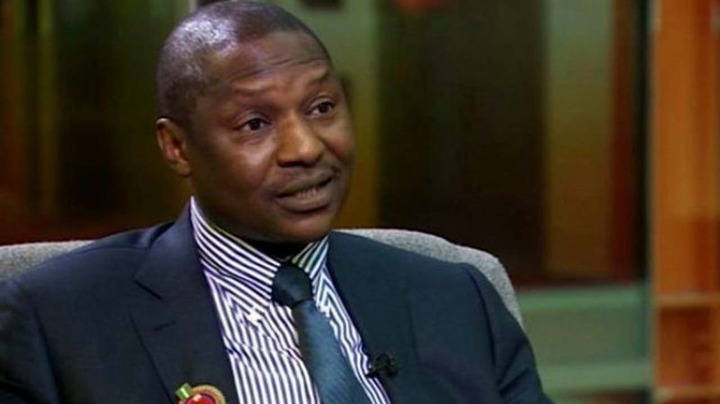 This statement raised dust as Nigerians called out the president for reneging on his alleged promise of honoring the invitation.

The attorney general was equally attacked online as Nigerians called him out for advising the president wrongly.

However, a human rights lawyer has come out in defense of the attorney general stating that he was right after all.

Effiong mentioned that the president had the right to accept of refuse any summons from the national assembly. 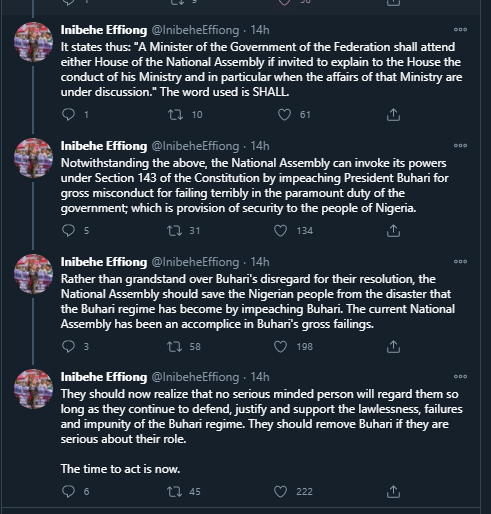 He however clarified that the president can only be invited and not summoned.

Basing his statements on Sec 67(1) which states thus: 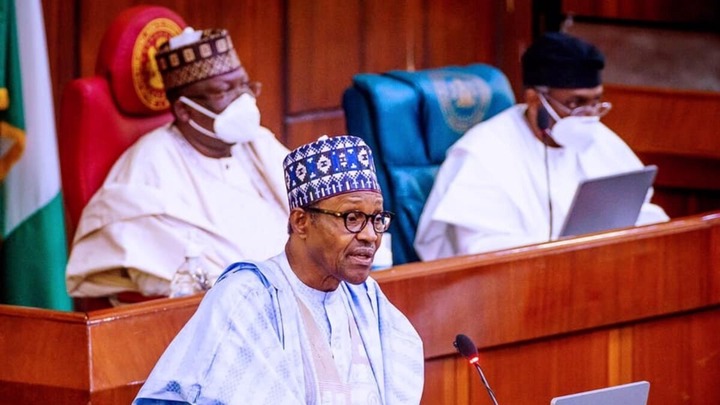 He mentioned that the important word in the provision is "MAY", which in law conveys discretion; unlike the word SHALL which conveys a mandatory or compulsory meaning.

Using the word "May" further shows no compulsion.

He explained the when some is summoned, if the person does not show up, he can be arrested.

But according to Section 308 (1) (b) of the Constitution, the president, vice president, governors, and their deputies enjoy immunity from arrest and imprisonment and as such, cannot be arrested if they refuse to be summoned

According to the lawyer, he said that is not the same as inviting someone. He added that when someone is invited, he can chose to come or not.

He added that however, the house can compel other government officials like ministers to come for invitations and summons according to section 67 (2) of the Constitution where the National Assembly can compel a Minister's attendance.