By OlsyCrc (self media writer) | 1 year ago 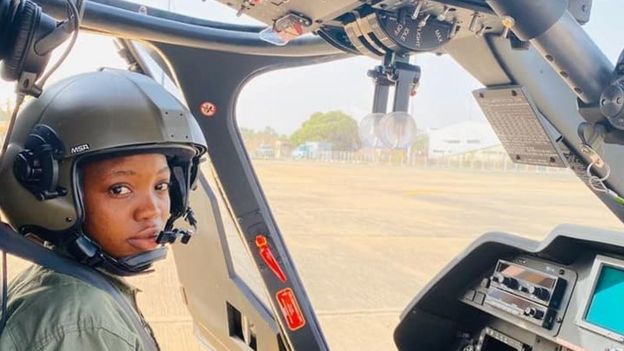 2. she grew up in Kaduna state where she began her primary school in Nigerian Air Force primary.

And in addition, proceeded to Nigerian Air Force secondary school. This gave her an opportunity to join Air Force when she was Young.

3. very soon, she underwent a special training on starlite International Training Academy in South Africa and finished up with a very fruitful result.

4. Moreover, she was the most brilliant student of the Nigerian Air Force School in 2017.

5. In September, 2017, Tolulope was introduced as the first female Air combat pilot.

6. She was commissioned immediately after she completed her courses on pilot training in America and South Africa.

7. Air Marshal Sadiq Abubakar calls Tolulope Arotile " a special pilot" in another speech he delivered shortly after she was commissioned in Abuja.

According to the Nigerian Air Force Headquarter, "Tolulope has contributed positively to the development of her country. She also helped immensely in fighting against insurgency and banditry in the country by air striking them in a join-task force operation programme in Minna of Naina state.

Content created and supplied by: OlsyCrc (via Opera News )