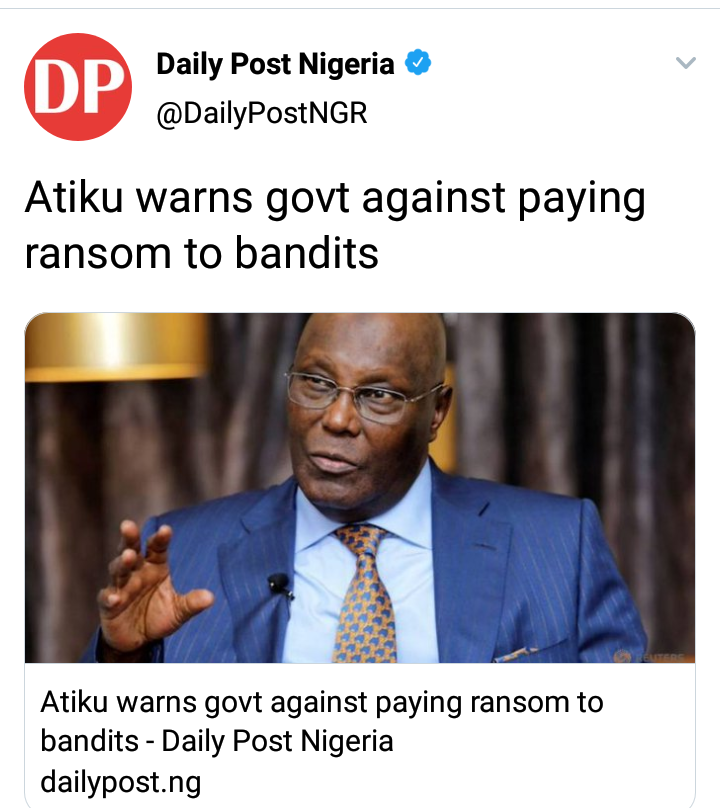 Atiku warned that such action would only cause a long term destruction.

In a tweet, the former Vice President said paying of ransom was only a short term solution, hence should be avoided.

“We must also stop paying ransom at random. It is a short term solution that will cause much long term destruction.

“We must, as a nation, impose law and order now, or we will bequeath lawlessness and disorder to the next generation. And may God forbid that.

Why presidency should come to the South-South – Edo PDP

THE Edo State chapter of the Peoples Democratic Party, on Monday, urged the party leadership to zone the 2023 presidency to the South-South.

The state chairman of the party, Tony Aziegbemi, who made the appeal while addressing journalists in Benin, as part of activities to mark his first year in office, argued that the zone was shortchanged when President Goodluck Jonathan was denied a second term.

He said, “As 2023 approaches, I humbly submit that our party has eminent men and women from across the six zones of the country that can lead us to victory. Our zone, South-South, I believe was short-changed when President (Goodluck) Jonathan was stopped from getting a second term.

“With that in mind, and with the quality of leaders from the zone, we demand that our party, PDP, must zone the Presidency to the South-South to at least right the wrong that was inflicted on the zone 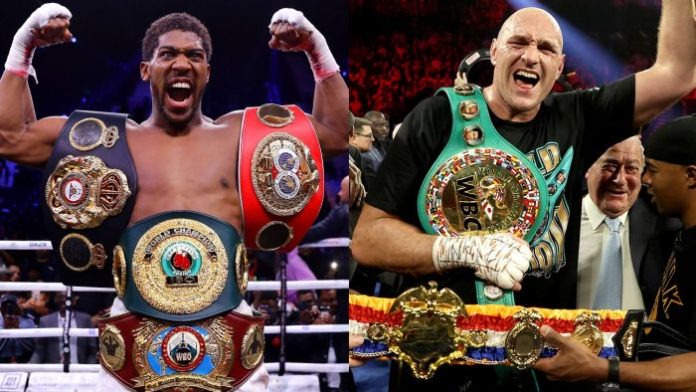 Saudi Arabia is likely to be the venue.

Both fighters camp have been negotiating for a match for several months. The terms have now been finalised for the blockbuster battle, with a date and venue to be confirmed.

Unified champion Joshua will put his WBA, IBF, and WBO belts on the line against the unbeaten WBC champion Fury this year.AJ’s promoter, Hearn, who confirmed the news to Sky Sport said: “All parties have now put pen to paper and we will be working hard over the next few weeks to confirm the site and date for the biggest fight in boxing.

Biafra Govt A Theatre Of The Absurd — FG 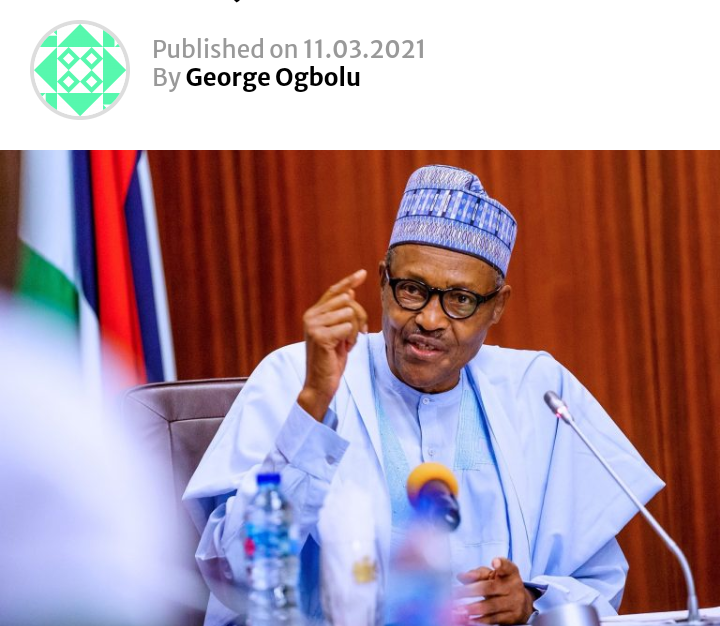 .The Federal Government has described the reported formation of Biafra Customary Government by Asari Dokubo as a “theatre of the absurd by a joker seeking attention’’.

Speaking with News Agency of Nigeria on the development in Lagos on Monday, the Minister of Information and Culture, Alhaji Lai Mohammed said the President Muhammadu Buhari’s administration will not be distracted by the absurdity.

“I am sure you have heard of the theatre of the absurd, that is the best way I can describe it.

“If Asari Dokubo wants to form and run a fathom government, I think he is free to do so. 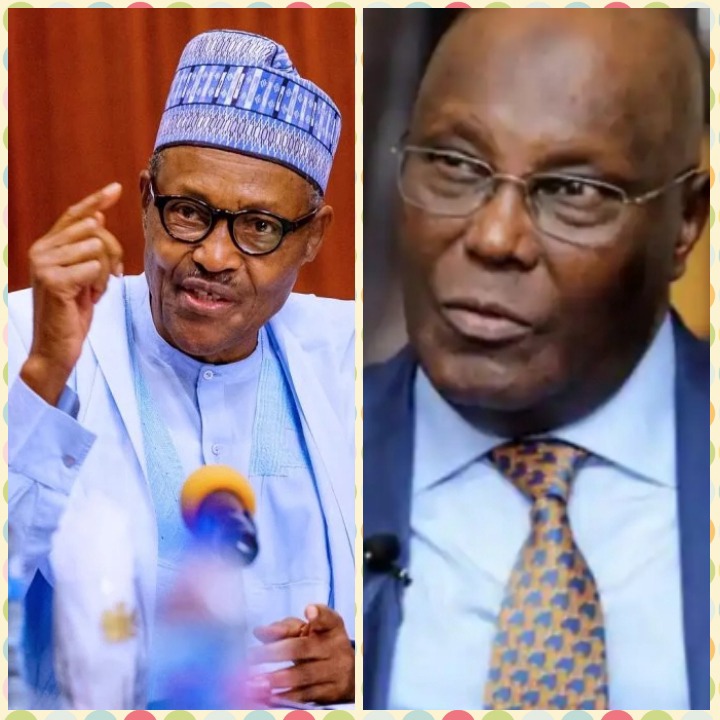 Mother Teresa Is Not Her Real Name - Checkout What It Is.

The Church Has The Answer, I Won't Take Covid-19 Vaccines I'm Not A Pig - Bishop Oyedepo Declares

All superhero movies to look out for in 2021

Opinion: Barcelona Would Be Unstoppable Next Season If Laporta Signs These Players For The Team

Chukwudi was arrested at the airport in Lagos, see the number of heroin he excreted after his arrest