With barely 10 days to the Peoples Democratic Party, PDP, convention, governors elected on the platform of the party are currently meeting in Abuja. An official of the PDP Governors’ Forum who pleaded anonymity said the meeting is not unconnected with heat generated by the collapse of consensus arrangement particularly in the South-East.

According to him, “The governors are scared of the implication of going to the convention in crisis. When you see a position micro-zoned to a region or state and a consensus cannot be reached, then there is a problem. This is what the governors want to deal with.”

It was gathered that the tragic incident occurred two weeks ago in the morning hours when one of the deceased used his handset for illumination while striking the match to light his gas cylinder, which unknowingly to him had a leakage. 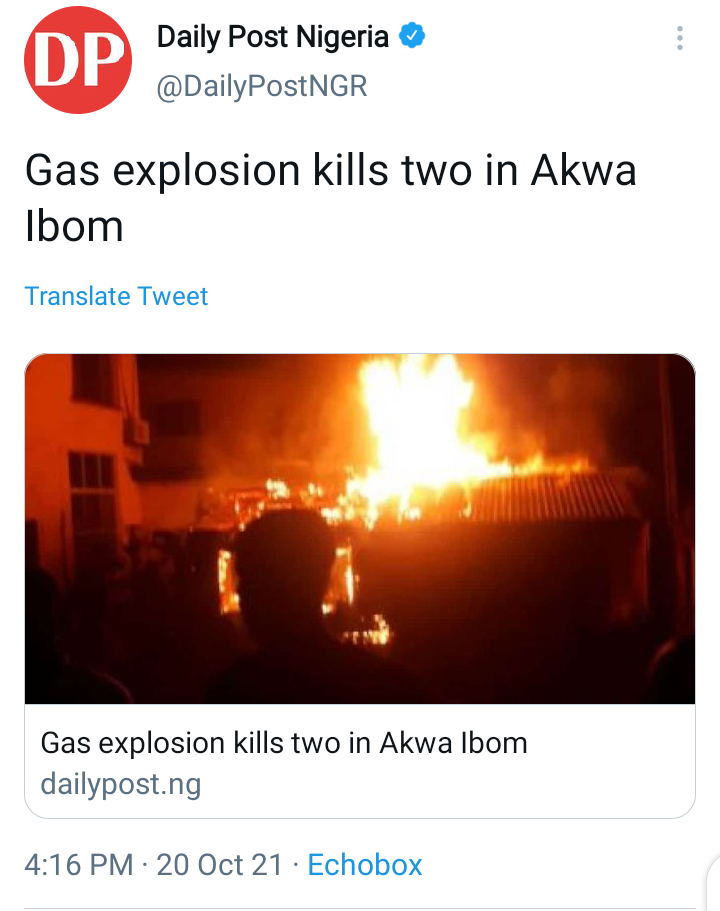 According to sources close to the compound of the victims, the cylinder immediately exploded, killing him and one other person.

The source said, ”The incident occurred on Wednesday, October 6 in the morning. Everywhere was still dark. One of the tenants, a 21-year-old stayed in a one-room apartment and wanted to cook in the early hours before going to work. He lit the gas cooker, not knowing that it was leaking.

Following the statements credited to the former National Chairman of the All Progressives Grand Alliance, Chief Victor Umeh as well as the governorship candidate of the party Prof. Charles Soludo on the state of insecurity in Anambra State and other electoral matters, the Senator Andy Uba Governorship Campaign Organization (SAUGCO) has berated the duo for trying to run around the obvious truth during their speeches in Lagos to a select group of people. 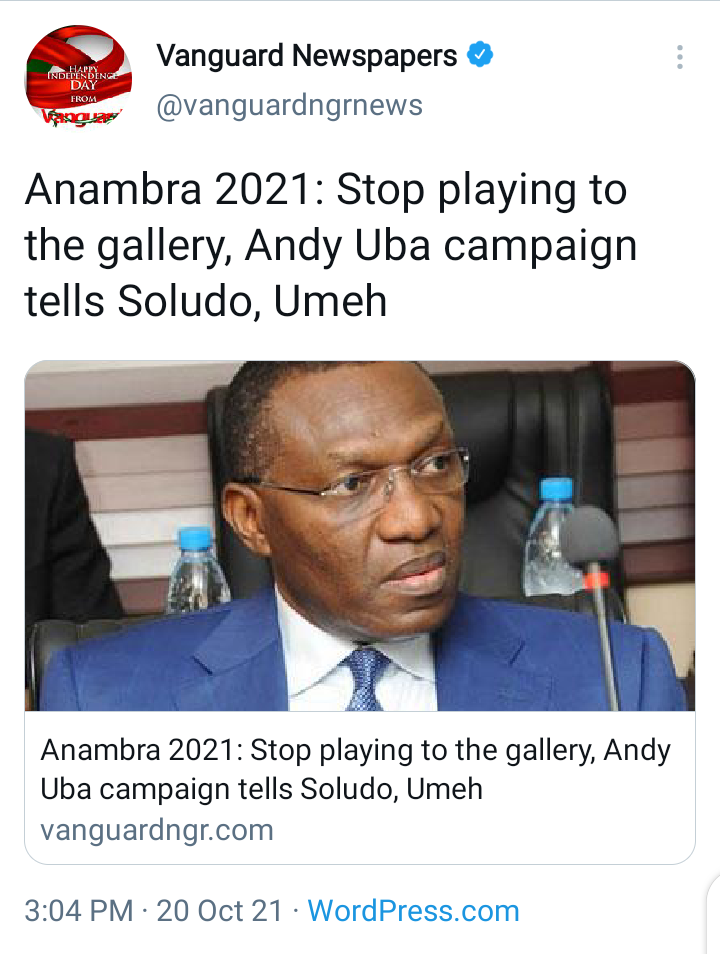 The Secretary of the Media and Publicity Directorate of the Senator Andy Uba Campaign Organisation, Engr. Emeka Obi accused both the former APGA national chairman and Prof. Soludo of playing to the gallery and being economical with the truth when they accused imaginary forces of causing insecurity in Anambra State in order to rig the governorship election when it is, in fact, the ruling APGA and their agents that have been allegedly sponsoring and unleashing a spate of violence against the people.

“It is clear from the posturing of APGA that they are allegedly in bed with those killing innocent people and causing mayhem in Anambra. It is therefore disingenuous for the same people causing these sponsored political killings and attacks to turn around and heap the blame on others.”

One of the newly promoted Comptrollers of Nigeria Customs Service (NCS), Comptroller Dera Nnadi has been entrusted with the mantle of leadership of Ogun I Command of the Service.

Nnadi on Tuesday took over the mantle of leadership from Comptroller Peter Kolo at the Conference Room of the Command. Nnadi prior to his appointment had served in the Command as Deputy Comptroller in charge of Administration and was recently promoted to the rank of Comptroller of Customs.

In his handing over speech, Compt. Peter Kolo thanked the CGC and the entire Management for giving the opportunity and level playing ground to serve as the Area Controller of Ogun I Command.