OPINION: How Okonjo-Iweala's US Citizenship May Affect Her Chances Of Being Nigerian President

While the race for the Director-General of the World Trade Center - WTO hots up, there have been many politicking around the world as to who emerges the winner of the very highly competitive exercise.

Among the 8 candidates who have currently applied for the role, our own Ngozi Okonjo-Iweala stands out as a strong contender owing to her economic background and experience when it comes to do with the financial world. 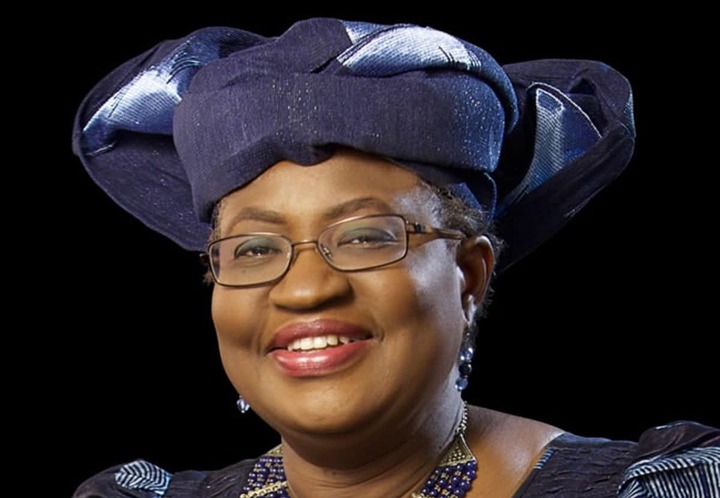 Aside from being a former Minister of finance and Coordinating Minister for the economy in Nigeria, she has also held some prestigious appointments like the Managing Director -Operations of the world bank and she is on the boards of multinationals like Twitter and Gavi.

Although the WTO job demands more than that as stated by Bloomberg, as so many world powers have heavily invested in the center and stands to gain more if one of theirs win, it, therefore, did not come as shock when it was reported that Okonjo Iweala had taken up her American citizenship in other to pave a clearer path to her dreams of becoming the WTO president. 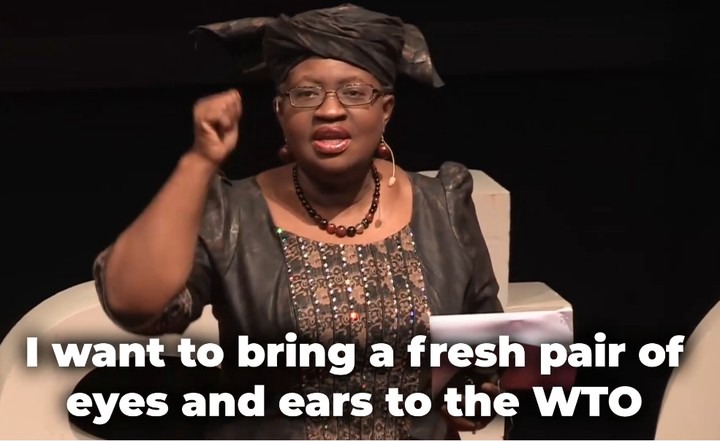 Of course, America, which is a major decider in such ventures will heavily support one of their own thus the reason she opted for that path.

It is also on record that most of the candidates for the position also hold dual citizenship like Jesús Seade Kuri has both Mexican and Lebanese heritage; Amina Mohamed who is currently serving as a Kenyan minister also has Somali roots; Abdel-Hamid Mamdouh is both Swiss and Egyptian. 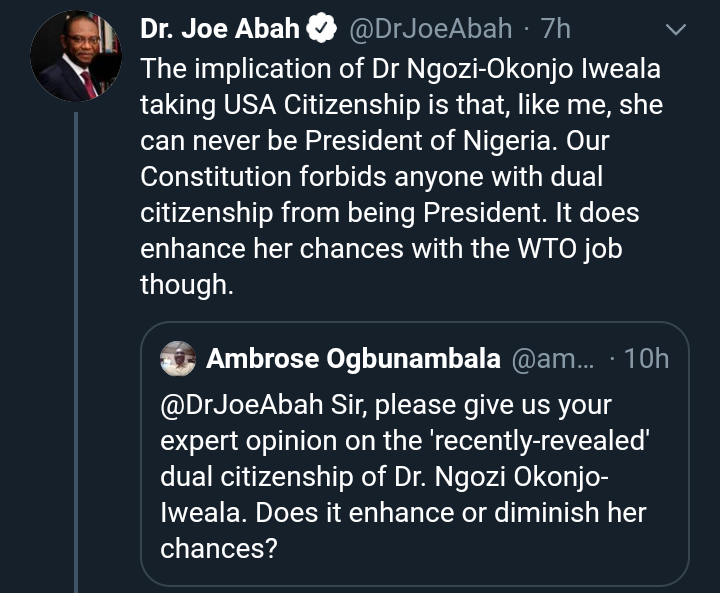 From reports, Okonjo-Iweala has spent about 47 years in the US and her work career spans more than 25 years in God's own country.

Although not a citizen by birth, she took US citizenship in 2019 voluntarily, which is the topic of this article.

According to a renowned public affairs commentator and popular twitter influencer, Dr. Joe Abah, he had insinuated in a tweet he had long deleted, that Okonjo will never be a Nigerian President due to the fact that she had voluntarily taken up a US citizenship.

Before deleting his tweet, He had earlier opined that anyone who has dual citizenship like him, was ineligible to be president of Nigeria. 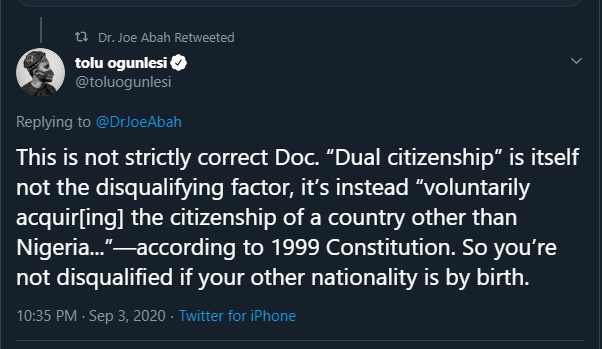 This insight has therefore put a spanner to the works of the southeast who may have had a plan of fielding Dr Ngozi Okonjo-Iweala as she is one of the best brains from the region.

One also wonders if Okonjo-Iweala never had a dream of becoming Nigeria's president before she took the very drastic decision.

Out of the 8 candidates, this is wishing Okonjo-Iweala all the best as the campaigns continue for the top WTO job.