China Regrets It's Muscle Flexing, Flashes a Giant Poverty Card To Save It Self

By Jakemillions (self media writer) | 2 years ago 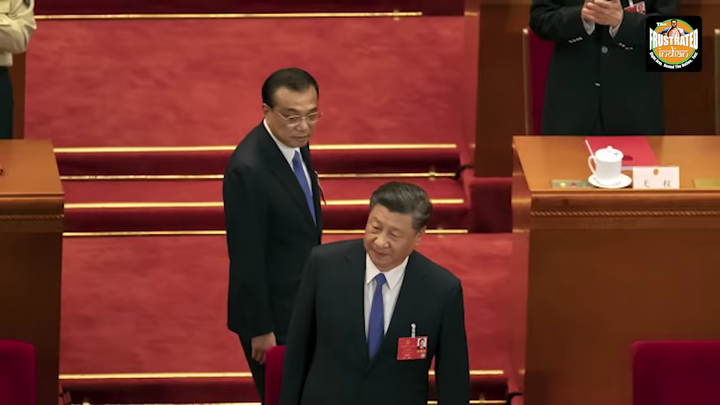 China flashes a giant poverty card, as anti-china sentiment buildup around the world, and global leaders called for holding the Chinese Communist Party accountable for the coronavirus pandemic.

China sticking to its character resulted to offence, rather than defence, but after deploying her sense of approach, of what is popularly known as wolf-warrior diplomacy for months, Chinese politicians found out that it is not working in their favour and it is infact backfiring. Last few weeks a creation of democratic countries has been projected to build a new global order, and china being an authoritarian non-democratic communist country is obviously not a part of this new grouping, be it the proposed G10 or the D10.

countries around the world no longer wants to give benefits of a developing country to China, as it flex her muscle in a smaller countries, using its economic prowess.

in April this year, Trump said, China is taking advantage of the United States and other countries. 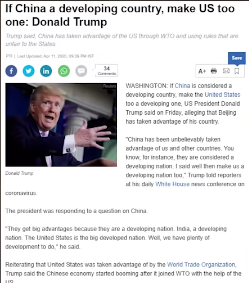 China is considered a developing nation, but as a result of her economic muscle flexing, Trump is saying they shouldn't be.

It is evident that wolf-warrior diplomacy has failed and it has rather harm China's interest, many political commentators and Communist Party, who played key roles in The Peaceful rise of China are now questioning the new approach by the Jinping government.

Therefore the communist government seems to have deployed premiere, Li Keqian the second most powerful in China, to engage in some damage control approach, to protect Chinese interest. 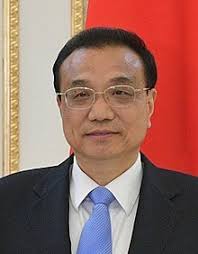 The premiere Li Keqiang said that the average capital annual income in China is 3000 yuan, which is 4,193 US dollars, but there are over 600 million people whose monthly income is 1000 yuan, which is $140 not enough to rent a room in the Chinese City.

This is around 4% of Chinese entire population, according to him 5 million Chinese people were living in poverty before the coronavirus pandemic struck the country and ravage the Chinese economy, which is now registered a contraction of 6.5% in the first-quarter, sending millions more into poverty.

following the Chinese economic muscle-flexing against countries like Australia, the Chinese Premier seems to seek concession of developing countries by marketing the poorest side of China.

After the failing of the Jinping backup strategy, Li is playing nicely, and trying to convince the world that China is still a poor country, and seeks a peaceful ride to lift millions of people out of poverty. 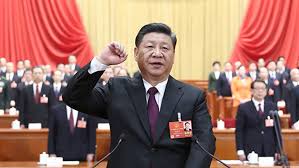 China is not a poor country, but giving a very high income equity, millions of Chinese people live in poverty.

Despite being the second largest economy in the world, with GDP of 40 trillion dollars in 2019 China also have one of the largest number of poor people in the world.

The share of the top 1% in the total wealth of the nation of China has consistently Risen ever since the country implemented its economic reform in 1978, meanwhile the share of the bottom 50% has come down from 28% to 14%.

if China is isolated from the global stage the country will lose out in their export of goods and services across the world. 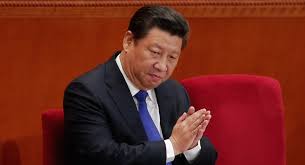 Chinese wealth History has been centred around export, and hence China fears isolation from the global community as it will result in the collapse of its export-based economy.

Therefore Premier Li is out playing the poverty card to counter the damaged caused by the Chinese wolf warrior diplomacy, and it's Chinese aggression at the border with India.

The offensive defensive approach is a radical departure from the traditional Chinese foreign policy, which follow the principle of hide your strength, by the father of the modern capitalist,

for decades China projected it peaceful rise and seeks concession of developing nation while also maintaining a high-opeg authoritarian regime.

As the country was experiencing a peaceful Rise, Western politicians and political theories was fooled by the idea that the sleeping giant will never be up,

Given the failure of the Chinese President approach to reap any positive result at the global stage, it seems that China wants to go back to it's traditional foreign policy of hide your strength Philosophy