Vanguard reported that the former president arrived at the presidential villa around 4pm. 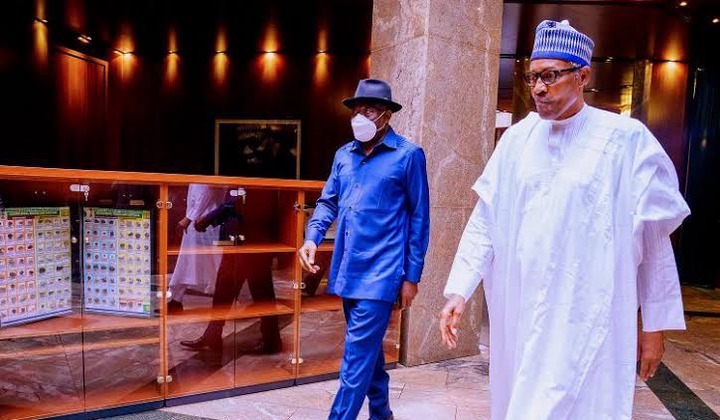 It was gathered that the motive behind the visit was not known as Jonathan did not speak to journalists after the meeting.

It was, however, noted that the former president, as ECOWAS special envoy to Mali, had been holding regular meetings with President Buhari on the crisis-ridden West African country.

There have also been speculations that some chieftains of the ruling All Progressives Congress (APC) are wooing Jonathan with the party's 2023 presidential ticket.

Reacting to this, Governor Nyesom Wike of Rivers state urged the ex-president Jonathan to remain in the Peoples Democratic Party (PDP) and not join the All Progressives Congress (APC). 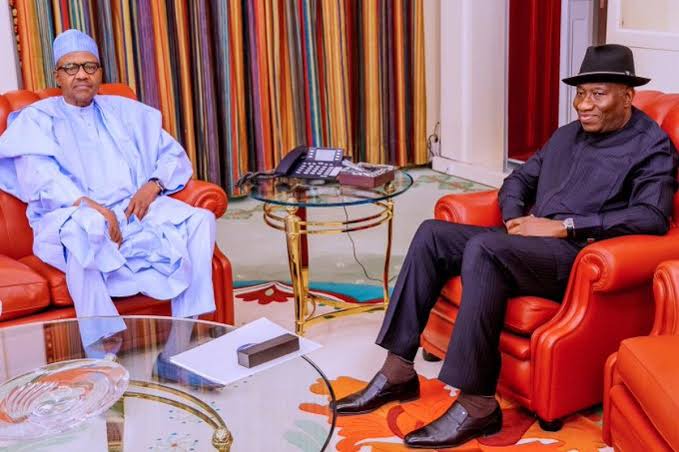 According to the Rivers state governor, the PDP is a better political platform for the ex-president to run for the 2023 presidency if he chooses to.

Leadership reports that Governor Wike, in an interview, on Friday, October 1, warned Jonathan not to be enticed by moves by the APC to lure reputable members of the PDP, adding that the ruling party offers nothing but destruction.

When asked about his interest to run for 2023 as a presidential candidate in the PDP, the governor noted that his first and main interest is to build the party, a report by BBC News also indicates. 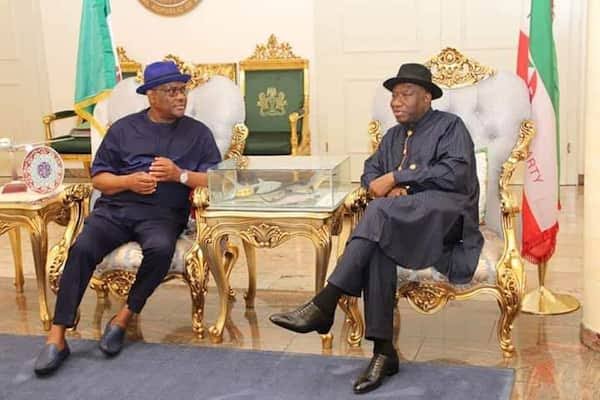 On his part, the DG APC governors forum, Salihu Lukman says former president Jonathan stands the risk of rubbishing his hard-earned reputation if he defect to the ruling APC on account of taking another shot at the nation’s topmost job.

The Guardian reports that Dr. Salihu Lukman, director-general of the Progressive Governors’ Forum (PGF) issued the warning in a piece entitled, “APC’s High-Profile Membership Recruitment and Issues for 2023.”

Lukman on Sunday, September 19, argued that if the alleged bid fails to materialise, the Bayelsa-born politician stands the risk of rubbishing his hard-earned reputation, Daily Trust added.

Though he lauded the ruling party’s poaching of top shots, the APC chieftain wondered why Jonathan’s reported move was being identified as an issue of contesting the 2023 presidential election.