It all started like a rumour but right now, it appears that the reality is crashing down on Nigerians with a speed of light. Professor Yemi Osinbajo,the vice president of Nigeria is being tipped to succeed president Muhammadu Buhari in 2023.

Despite the nationwide controversy about the moves, the erudite professor of law has matained a defeaning silence over the matter. On Friday, it was reported that Osinbajo Campaign Posters were sighted in some popular areas in Ibadan, Oyo State. 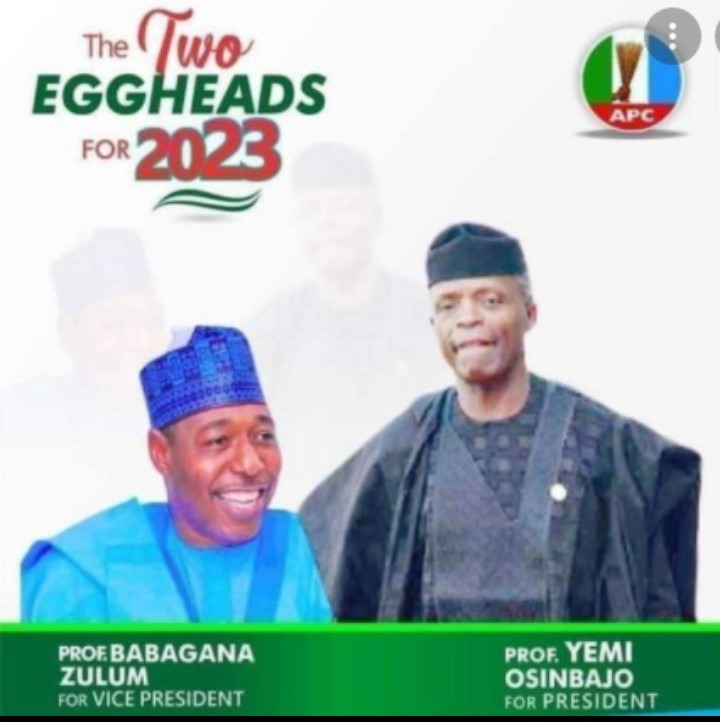 From content of the posters entitled: The Two Good Heads 2023 and which have already gone viral on social media, the vice president was paired with the Borno State governor, Babagana Zulum as his runningmate. Perhaps, the pictures bear the interpretation of what many people are projecting for the country in 2023.

Five popular places where the posters were conspicuously pasted include Dugbe, Mokokola, Bodija, University of Ibadan, and Iwo Road. The posters were also said to have been noticed in some other places across the state capital.

The posters did not however get there without some people who claimed to be behind it.

According to Punch Newspaper Corespondent, it was reported that Osinbajo For All Volunteer Group was behind the initiatives. When contacted on Friday, the National coordinator of the group, Peter Ogundeji confirmed that the group was behind the posters. 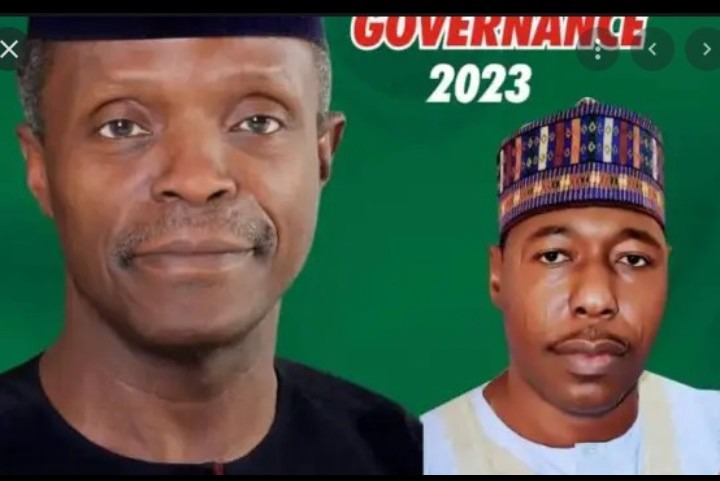 Ogundeji also stated that the vice president did not actually request for the moves but they just took the step to root for his candidacy as Buhari's successor in 2023.

In the poster entitled Osinbajo Ganduje Alliance, OGA, the vice president was paired with the Kano State governor, Abdulahi Ganduje as his running mate.

One thing that is not certain however is whether Osinbajo is truly interested in running for president to succeed Buhari in 2023 especially with the possibility of Bola Tinubu contesting the election under the same political party. 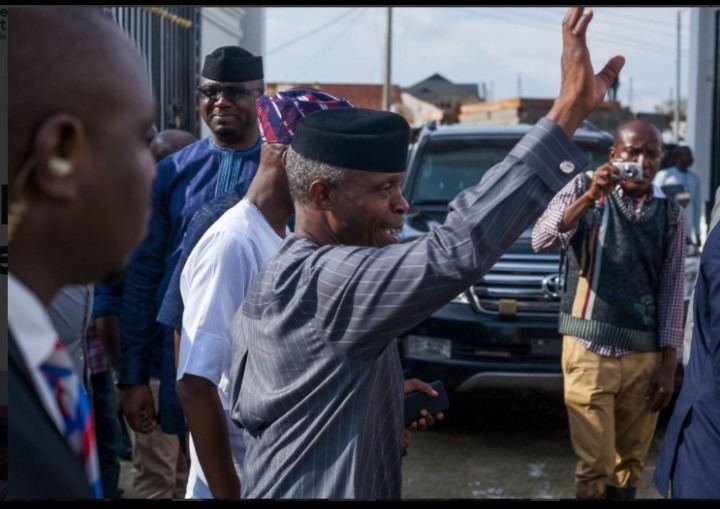