According to Premium Times, a number of high-profile Nigerians have been mentioned in the Pandora Papers controversy for breaking "existing laws and legislations as they hide these assets."

The Pandora Papers investigation is based on the leak of 11.9 million documents from 14 financial services companies around the world, involving 600 journalists from outlets such as The Washington Post, the BBC, The Guardian, and Nigeria's Premium Times.

According to the International Consortium of Investigative Journalists (ICIJ), which revealed the shocking files on Sunday, the document includes 336 lawmakers in all. Some Nigerian politicians are included in the document.

The contents of the document, according to Premium Times, will reveal how some of Nigeria's most powerful figures – including a former Chief Justice of Nigeria, current and former state governors, past and present lawmakers, businesspeople, a popular pastor, and others – set up shell companies and sometimes hid huge financial assets in notorious secrecy jurisdictions.

Former Anambra State governor Peter Obi was accused in the first series, which was published on Monday, of concealing assets that he did not declare to Nigeria's Code of Conduct Bureau (CCB). 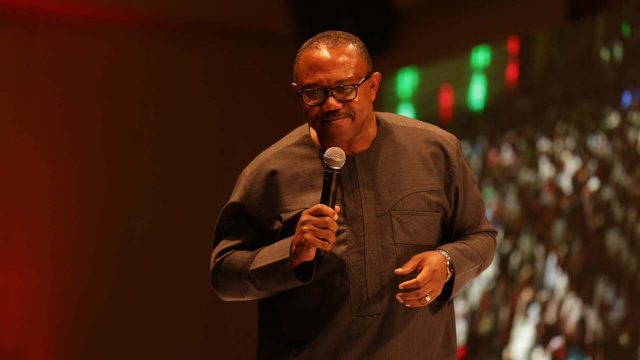 Obi is said to have established his first private firm in the British Virgin Islands in 2010, which he named Gabriella Investments Limited after his daughter.

According to Premium Times, Obi hired Acces International, a secrecy enabler based in Monaco, France, to assist him in forming an offshore entity in one of the world's most notorious tax havens known for providing conduits for the world's wealthiest and most privileged corrupt political elites to hide stolen money.

Obi also paid Acces International to provide nominee directors for the company, according to the newspaper. Nominee directors are residents of tax havens who are paid to sit on company boards in order to hide the identities of real owners of offshore companies.

Obi, on the other hand, stated he couldn't have made such a statement about assets he shared with others.

“I don't share what I own with other people. I will not declare any property that my family owns. Obi told Premium Times, "I didn't declare anything I owed jointly with anyone."

Kenyatta, on the other hand, stated that the leak will improve "financial transparency and openness that we need in Kenya and around the world."

More than a dozen serving heads of state and government, country leaders, cabinet ministers, ambassadors, and others were among the 336 high-level politicians and public officials identified by the ICIJ as having ties to offshore havens.