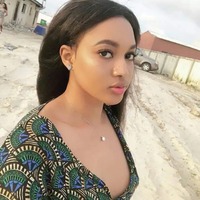 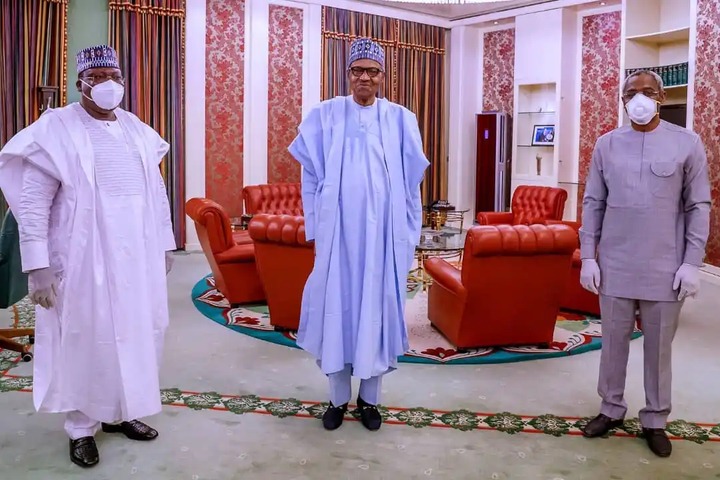 The President of the Senate, Ahmad Lawan, on Sunday assured Nigerians that the Special Anti-Robbery Squad, SARS, unit of the Nigeria Police Force, NPF, has ended.

Lawan made the remark while disclosing that Buhari ordered the dissolution of SARS and not the Inspector General of Police, IGP, Mohammed Adamu as widely believed in sine quarters.

He made the disclosure while addressing State House Correspondents at the Presidential Villa, Abuja, after a meeting with Buhari on Sunday.

The meeting also had the Speaker of the House of Representatives, Femi Gbajabiamila in attendance.

Speaking, Lawan said: “Since the issues raised by the protesters have been accepted by the government, the time has come for the protests to stop. Government needs to have time to implement the demands of the protesters, the protest has yielded the desired result. SARS was ended not by the IGP but President Buhari himself.

Buhari made a presidential statement and that would be the first time any president would say end SARS and SARS has ended.” 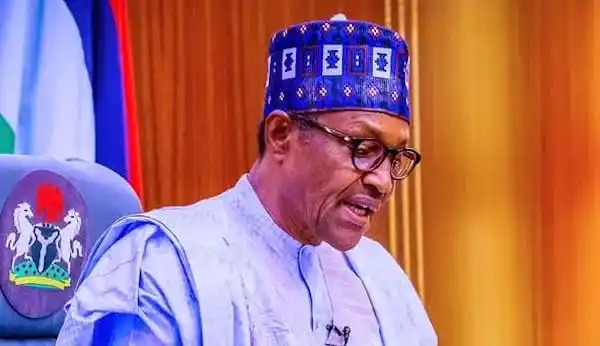 Socio-Economic Rights and Accountability Project (SERAP) and 302 concerned Nigerians have filed a lawsuit against President Muhammadu Buhari and the leadership of the National Assembly.

They are asking the court to “declare illegal, unconstitutional and unfair the recent hike in electricity tariff and fuel price because top level public officers cannot continue to receive the same salaries and allowances and spend public money to finance a life of luxury for themselves while asking poor Nigerians to make sacrifices.”

President Buhari had while presenting the 2021 budget proposal of N13.08 trillion to the National Assembly reportedly stated that: “The new petro pricing has freed up resources that were used for subsidy payments, while the new cost-reflective pricing in the electricity industry is meant to address the liquidity challenges in the sector.” 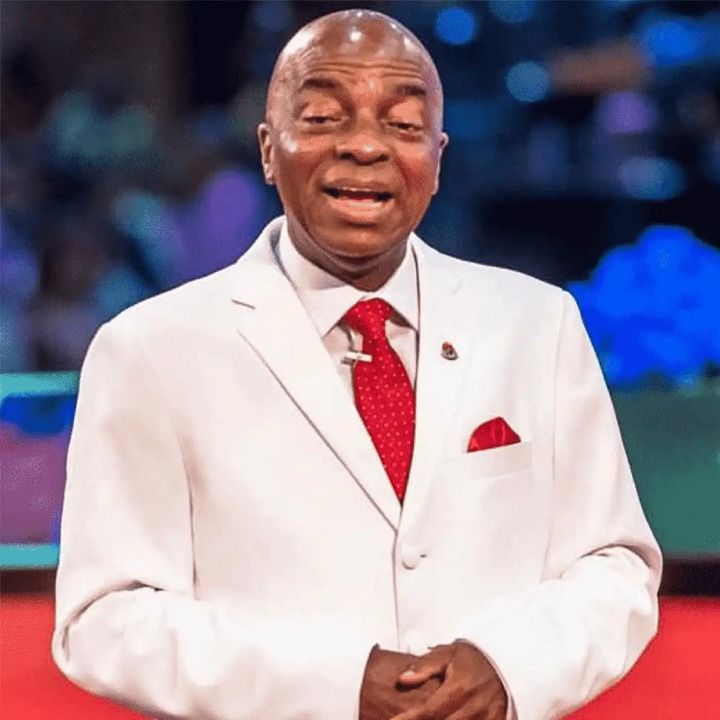 David Oyedepo, presiding bishop of Living Faith Church Worldwide, has described the past five years under President Muhammadu Buhari as the most gruesome in the history of the country.

Speaking during a service at the auditorium of Cananland, Ota, Ogun state, the cleric said Nigerians have been pushed to the wall.

He said young people have the right to protest, warning security operatives not to attack them.

“Every man has a right, legitimately so, to express their displeasure and pains. I kept quiet for a while because in 2015, I warned this nation, vehemently, consistently, because I saw the dangers ahead and you can tell,” he said.

“The most gruesome season in the history of the nation is the last five years where lives have no value, wanton killings here and there.

“Now they have faced the youths and because they don’t know who is next, they have the right to say enough is enough. Any system that has no value for human lives is irrelevant.

“And now, it would be a sacrilege to shoot the protesters who are not looting, who are not ravaging. When you push a goat to the wall then you will know that goats have teeth to bite. It is a sacrilege to kill youths during a protest, this protest is legitimate. 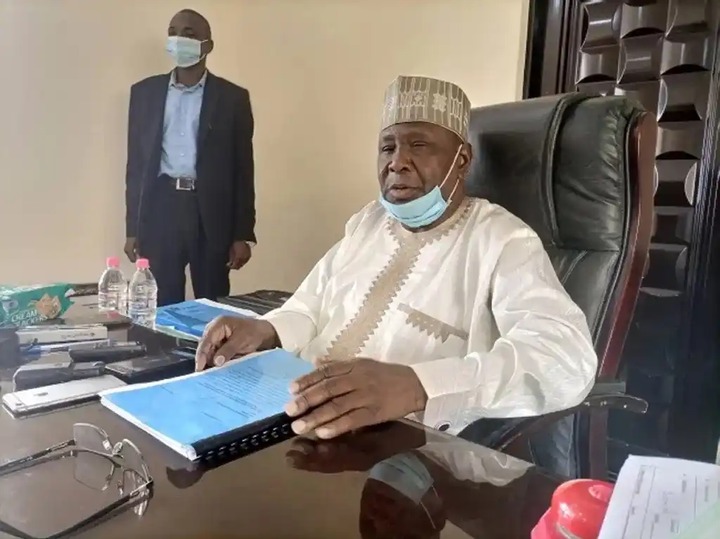 The ruling People’s Democratic Party (PDP) in Bauchi has won all the chairmanship and councillorship seats in Saturday’s council polls in the state.

“The election has been largely successful and peaceful and PDP won all the 20 local government chairmanship and the 323 councillorship posts in the state.

” The results are as officially declared by Returning Officers at the various levels as I am only here to issue certificates to the winners,” he said.

The election has been largely successful and peaceful and PDP won all the 20 local government chairmanship and the 323 councillorship posts in the state.

“The results are as officially declared by Returning Officers at the various levels as I am only here to issue certificates to the winners,” he said. 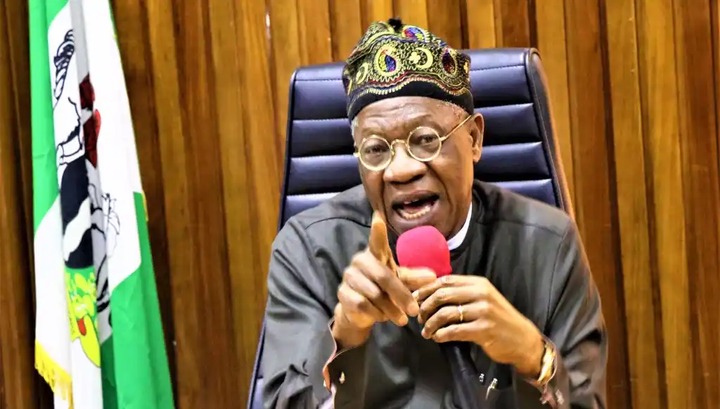 The Federal Government has said that the ongoing nationwide protest is no longer peaceful, warning that it will not fold its hands and allow the country to be thrown into anarchy.

This is following the violence that has trailed the #EndSARS protests in some parts of the country, specifically the attack on Governor Gboyega Oyetola of Osun State on Saturday.

Lai Mohammed, the minister of Information and Culture, gave the warning on Saturday when he featured on a late night Nigeria Television Authority (NTA) news programme, “Weekend File”

He said the assassination attempt on Oyetola was a clear confirmation that the protests had been hijacked by hoodlums and people with ulterior agenda.

According to Mohammed, the original conveners of the #EndSARS protests might have meant well, but are no longer in control of the movement.

“Peaceful protest is an integral part of democracy and that is why the Federal Government in the last 11 days has treated the protesters in a very civilised manner,” Mohammed said.

But, if you look at what happened to the governor of Osun state,it has gone completely beyond peaceful protest against excesses and abuse of power by the police.

“There is no where in the world where a government will folds its arms and allow the country to descend into anarchy.

We are no longer dealing with #EndSARS but a volatile situation that can lead to anarchy if government does not take some very firm steps to protect the lives and livelihood of innocent Nigerians,” he said.

Mohammed said a protest where protesters are now blocking the roads and highway, cannot be said to be peaceful because workers are finding it difficult to get to their offices and back home while many Nigerians are stranded on the roads.

“We have nothing against peaceful protest but there are civilised ways of doing so,” he said.

“This is by going to a venue where you are not going to disturb other Nigerians because where your own right stops, other persons’ right begins,” he said. 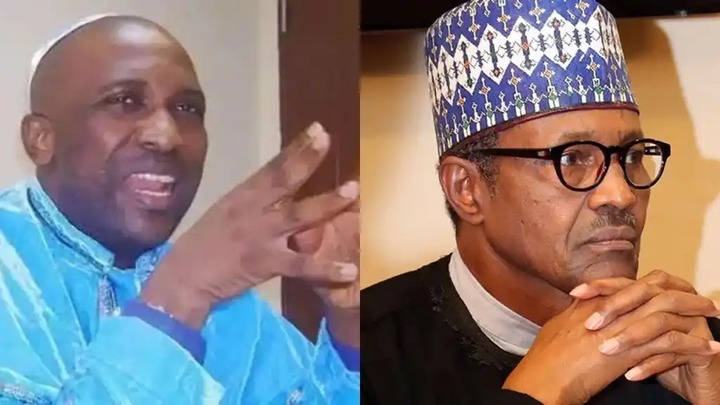 The leader of INRI Evangelical spiritual church, Primate Elijah Ayodele has said that the only person against the President Muhammadu Buhari government is God.

He also said that to quell the ongoing nationwide protests, President Muhammadu Buhari should “sack his service chiefs, including the Inspector General of Police and the Army Chief of Staff.”

The cleric warned the President against the use of military force on the protesters, saying that it will only escalate it.

God wants to put something to Nigerians. It is high time for the president to act before it’s too late, nobody is against Buhari’s government other than God. God is behind these protesters, it should be addressed as soon as possible.

“Buhari should not use force to stop this protest or else it will become deadlier, he should address the nation and do what is right before it’s too late.

7) Fani-Kayode to FG: Using army to crush #EndSARS protesters will be your biggest mistake 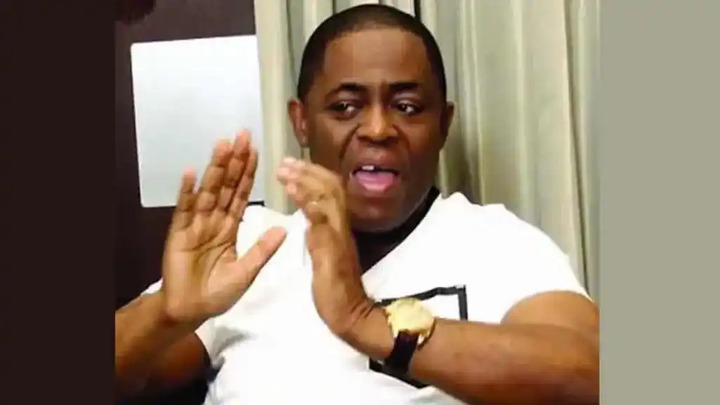 Femi Fani-Kayode, a former minister of aviation, has warned the federal government not to deploy the military to “crush” #EndSARS protesters.

Amid the ongoing protest against police brutality, the Nigerian army announced plans to start its annual “Crocodile Smile” exercise to identify, track and “counter negative propaganda” in the social media and across cyberspace.

But in a statement, Fani-Kayode said the plan to deploy soldiers against the protesters comes with “a very heavy price tag and butchers bill”.

He urged the federal government to have a rethink, saying such must never happen.

According to the former minister, should the military continue with the plan, the #EndSARS movement will be turned to #EndNigeria and “no force or power in hell or on earth will be able to resist or stop it.”

“We will not wait until there is another mindless and needless massacre and massive shedding of innocent blood by our security forces before we shout out,” Fani-Kayode said.

“We say this today, we say it without fear or favour and we say it for everyone, both friend and foe, to hear loudly and clearly: the determination to use brute force and to kill innocent young men and women in an attempt to crush this protest comes with a very heavy price tag and butchers bill.

“The plan to deploy soldiers in our streets and to slaughter #EndSARS protesters in the same way that the Shiite Muslims and IPOB youths were once slaughtered by the military and security forces will be Lt. General Tukur Burutai and President Muhammadu Buhari’s biggest mistake and gravest error.

anini barcelona now news download the bag by phyno linda blog tiwa savage latest song
Opera News is a free to use platform and the views and opinions expressed herein are solely those of the author and do not represent, reflect or express the views of Opera News. Any/all written content and images displayed are provided by the blogger/author, appear herein as submitted by the blogger/author and are unedited by Opera News. Opera News does not consent to nor does it condone the posting of any content that violates the rights (including the copyrights) of any third party, nor content that may malign, inter alia, any religion, ethnic group, organization, gender, company, or individual. Opera News furthermore does not condone the use of our platform for the purposes encouraging/endorsing hate speech, violation of human rights and/or utterances of a defamatory nature. If the content contained herein violates any of your rights, including those of copyright, and/or violates any the above mentioned factors, you are requested to immediately notify us using via the following email address operanews-external(at)opera.com and/or report the article using the available reporting functionality built into our Platform 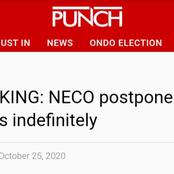 'Village People at Work' - As others were packing food palliatives, See what this man was seen with. 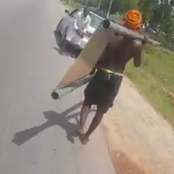 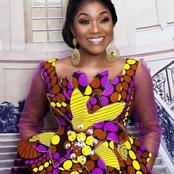 3 Common Mistakes Every Lady Must Avoid In A Relationship. 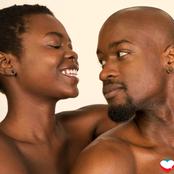 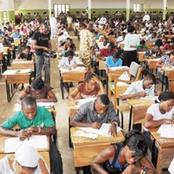 Opinion: Three Reasons Why Governor Wike Should Forgive The People Of Oyigbo And Withdraw The Army 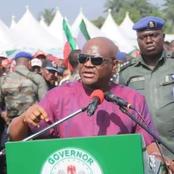 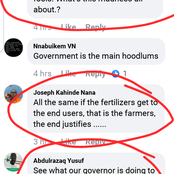 Meet The King Of Yoruba Village In The US, Oba Adejuyigbe Adefunmi Who Has 7 Wives And Many Children 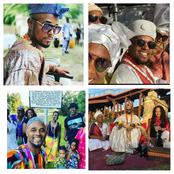 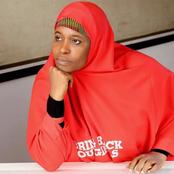