Opinion: The Presidency And The Party National Chairman Can Come From One Zone 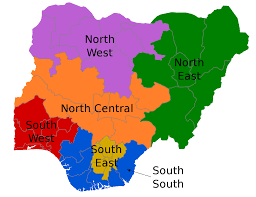 As Nigerians begin preparations for another election cycle in 2023, the ruling All Progressives Congress (APC) has not left anyone in doubt that it will like to retain power beyond the current regime headed by President Muhammadu Buhari, while the main opposition party, the People Democratic Party (PDA) are also battling to take over the power from the APC.

One major huddle which appears to be the elephant in the room of the PDP and the APC is the issue of zoning of party offices and the 2023 presidential ticket. Several foundation party members have at different fora expressed their preferences.

In the APC, Benue State chieftain of the party and former Minister of Agriculture, Chief Audu Ogbeh, and the Minister of Works and Housing, Babatunde Fashola, among others, had suggested a case for the zoning of the 2023 presidency to Southern Nigeria and National Chairman to the North, while other party chieftains such as Senator Abdullahi Adamu and Gbanga Olawepo Hashim dismissed such calls as undemocratic.

Governor Mai Buni of Yobe has been Caretaker National Chairman of APC for over one year now and Buhari is serving his second term as President. Are both of them not from the same zone? Why did APC not consider Sanwo-Olu, Akeredolu, Fayemi, or Oyetola since it is taboo for both positions to come from one region?

Let it also be known that political parties don't zone political offices into a vacuum, they are always an interest whenever and wherever a position is zoned. Ask yourself, why has Atiku, Saraki, Kwankwaso, Tambuwal, etc not kicked against the position of the Ifeanyi Ugwuanyi zoning committee? Do you think they don't know the implications of that decision?

Two things may happen. One, it is either the PDP zones its Presidency to the North in the coming weeks or it throws the Presidential ticket open for everybody to run.

To also solve this problem of zoning. I think any politician that wants to contest to be president from wherever should jump into the ring.

While political parties can zone party offices, they have no power to zone elective offices. There should be no need to split hot air over this any further.