By MayorMedia (self media writer) | 1 year ago 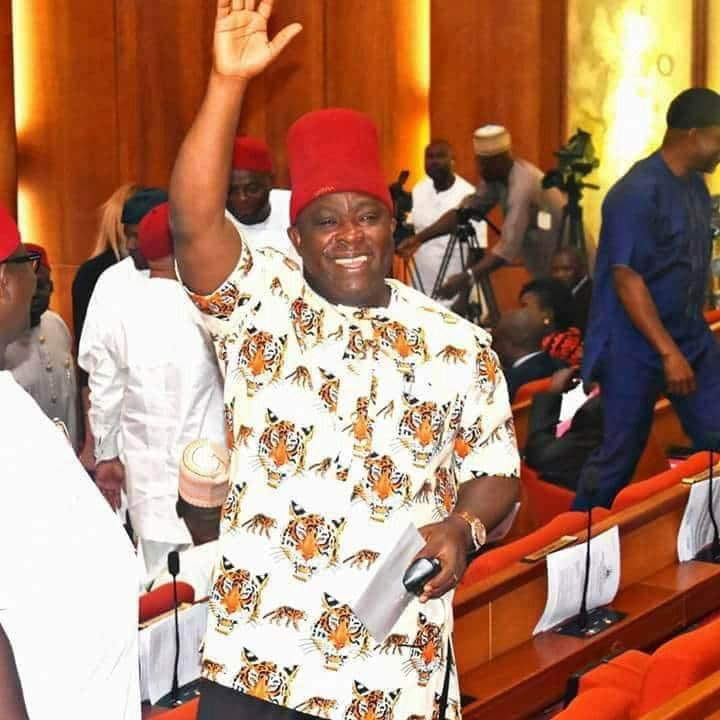 Once in a long while God in His infinite mercy and wisdom endows a society with such a person who embodies and reflects the yearnings and aspirations of that society.

Such a person stirs society and draws it out from its supine position where it is mired in its old order and sets off the drumbeats of progress.The same person driven and dedicated,energises the society with his power to motivate and move all other members of that society and marches the society gliding the erstwhile difficult path towards progress and greatness. Naturally such people are rare. Nigeria was lucky to have had such a person embodied in Sen Dr Chukwunonyelum Victor Umeh, OFR.

Born into the Umeh dynasty of Aguluzigbo in Anaocha LGA of Anambra State in the year of our Lord on July 19th, 1962.

The young Victor chose early in life to chart a course for himself by independently pursuing the ambition of serving his country and humanity through estate surveying, academics and politics.

Attended Secondary School at Bubendorf Grammar School, Adazi Nnukwu. He later chose politics as a part time career having been inspired by the Great Ikemba Nnewi. As a Senator he has been discharging his duties with so much vigour, pomp and aura.

He contested for the Senatorial seat first in 2015 but was robbed of his victory. Again on January 13th 2018 rerun election he won, after a fearless struggle to reclaim his mandate in court.. It was therefore not surprise that on January 18th, 2018, he was sworn in as the Senator of the Federal Republic of Nigeria, representing Anambra Central.

His short stint and era in the Senate has been widely aclaimed by all Igbos nee Nigerians as ''the Golden Era of the Igbo race in the Red Chamber ''.With colour, candour, and charisma, Senator Umeh set out to build a new Anambra Central that will command the respect of Anambriarians and envy of all Nigerians.

A great Orator and one of the most flamboyant politicians of African extraction.

Chief Sir (Dr) Victor Umeh (Ohamadike Ndigbo) is a graduate of University of Nigeria, Nsukka, where he read Estate Management and obtained a B.Sc (Honours) in Estate management.

After his National Youths Service in 1985 as a lecturer at the University of Science and Technology, Port Harcourt, he engaged himself in the practice of his profession.

A director of so many companies. Chief Umeh was a Director of Federal Government owned Nigerian Film Corporation, Jos from 2001 to 2003.

Umeh's first stint in politics was 1998 when he became a founding member of the People's Democratic Party where he was elected State Treasurer of the Party in Anambra State in 1999.

Umeh resigned from the PDP in 2001 and joined hands with other progressive minds to register the All Progressive Grand Alliance (APGA), eventually in 2002. He was the first National Vice Chairman, South East of APGA, and later it's National Treasurer; and then the National Chairman.

As the National Chairman of APGA, Umeh led the party to new glorious heights.

Senator Victor Umeh was the political leader that achieved re-election of Gov Peter Obi in Feb 2010 in Anambra State in a feat then seen by many as impossible;

Chief Umeh led APGA to resounding victory in the 2013 Governorship election in Anambra State which ushered in the Government of Dr. Willie Obiano and also led Willie Obiano Re-election Campaign to victory on Nov 18th, 2017 but today APGA is practically edging him out like they Apgad me in 2018.

Senator Umeh has demonstrated loyalty and respect for Institutional and traditional authority.

Unarguably one of the bravest and one of the most sort out politicians of Igbo ascent.

Senator Umeh is simply an Enigma.

Married to Dame Mrs Prisca Umeh(Osodieme) and they are blessed with 6 lovely and progressive children.

Content created and supplied by: MayorMedia (via Opera News )