The South West leaders are united, they have rallied around a political steward, they want to push him as their consensus presidential candidate. To prove this, many political gladiators in the South have visited the house of Tinubu in Lagos since he arrived from knee surgery in London. Despite belonging to different political parties, they are permutating and skimming together for 2023. 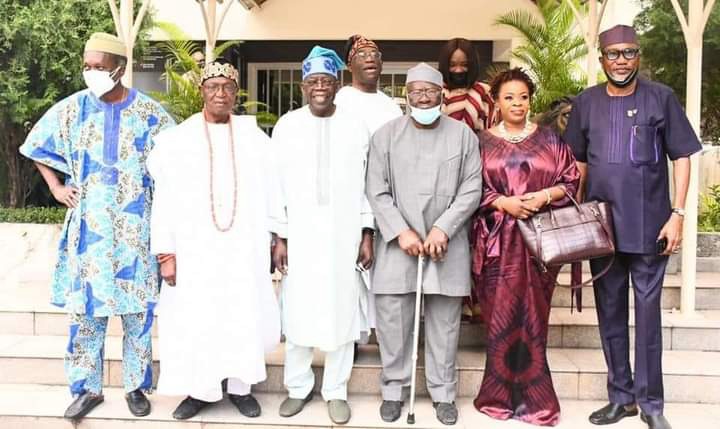 Just recently, the former governor of Osun and Ekiti visited the leader of the All Progressives Congress party in his Bourdillon house located in Ikoyi. On Tuesday, according to a report by Punch, leaders of Pan-Yoruba socio-political group, Afenifere, paid a visit to a chieftain of the All Progressives Congress, Asiwaju Bola Tinubu, at his home in Lagos. These leaders include Afenifere leader, Chief Ayo Adebanjo, Chief Supo Sonibare, Oba Olaitan Oladipo, and retired Assistant Inspector General of Police, Tunji Alapini.

It is no doubt that Tinubu and Osinbajo have both floated a political campaign for the 2023 presidential ticket in the ruling party. Although, many political analysts have suggested that the floating of Osinbajo is part of the South West Agenda 2023 (SWAGA) because the vice president won't want to face his political leader in the battle for the presidency.

However, this visit by Afenifere leaders to Tinubu should be emulated by other geopolitical zones in Nigeria, especially the southeast geopolitical zone of Nigeria. They need to unite behind a candidate and support him to win the presidential ticket in a political party in Nigeria. Politics is a game of numbers and the Yoruba politicians understand this. They know they can't get to the presidency if they are divided among themselves.