Ndi Imo Is truly Counting Their Blessings On The Emergence Of Gov. Uzodinma As Imo State Govermor 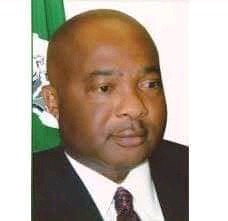 Before the emergence of this Administration, Imo state was in dire need of a leadership that was purpose driven. Leadership that was devoid of rancour and vindictiveness. Just as stated in the holy book: "A city without a leader is like a deserted city". That was Imo state till Hope came.

At that time, Imo state was a pariah state. The Almighty in his infinite wisdom decided to give us a leader that is pan Imo with networks far and wide. Networks that were necessary to put Imo back to the path of prosperity. Dist. Sen. Hope Uzodimma came in time with people oriented programmes that had direct positive effects on Imolites. Some of them are already being felt by the people while others will be felt in the long run.

He declared a state of emergency in road construction; flood control, desilthing of our drain lines and clearing of Water Hyacints from our water ways.

Any one familiar with the Owerri terrain during the rainy season will confirm that Owerri no longer get flooded as it used to be in past. Works layout and Aladimma areas are now free from flood because the drain channels has been cleared and the runoff now flow directly to the channels unhindered. Bank Road and the end part of Wethral by Emmanuel College Roundabout is no more a "mini sea" as was the case in the past. Amigbo, Edede and West end areas are now free from flooding also, all thanks to Hope Uzodimma's shared prosperity administration.

Imagine driving through flooded bad roads? the feelings can be likened to that of Golgotha. The past administrations allowed all the roads in the state to get dilapidated to an almost impassable state not only did they ignore the roads, they paid deaf ears to the cries of Ndi Imo and other commuters. Owerri roads were objects of mockery on social media platforms. This has changed. A trip to most of these bad roads now will not only gladden your hearts but it will give you a feeling of governance existing in the state. These roads are either undergoing total reconstruction or rehabilitation while some have been completed.

Government institutions were in near comatose-no discipline, no motivation and seemed unredeemable as they resisted all forms of innovations. Those who called the shots knew that they will be exposed if positive change of any form is effected, hence they kept sabotaging reforms.

This is why the chairperson of one of the government's committees said and I quote "It will take a man with a lion heart to effect a turn around in all government institutions, because many toes will be stepped on and heads will roll too"

Everyone know that no government has ever been successful with bad institutions. In the case of Imo state, it was ran like a cartel, a very powerful one. They're found in almost all the government's agencies and parastatals. They stood on the necks of pensioners and has manipulated the salary scheme of the civil servants, some of these cartels are retired but still call the shots in their former place of work because they always replace themselves with either their stooge or one of them.

This government came in and took the bold step in effecting changes that is heart wrenching to the wicked ones among us. The sanitisation of the Pension board, the automation of all payments and direct salary/pension payments to the real civil servants and pensioners is one that is still leaving the nay sayers and the cartel in a state of disbelief. They never believed that they will be dislodged so soon. Though all these was achieved but not without a stiff opposition and resistance from them which can be seen from the hired professional criers who parade as imaginary aggrieved pensioners and civil servants.

Ndi Imo is truly blessed and we are now counting our Blessings. Thank you Onwa Imo.