Today's Headlines: Akpan Picks Asuquo As The Running Mate; Bizarre Things Nigerians Do To Get Money

By PrinceAI (self media writer) | 6 days ago 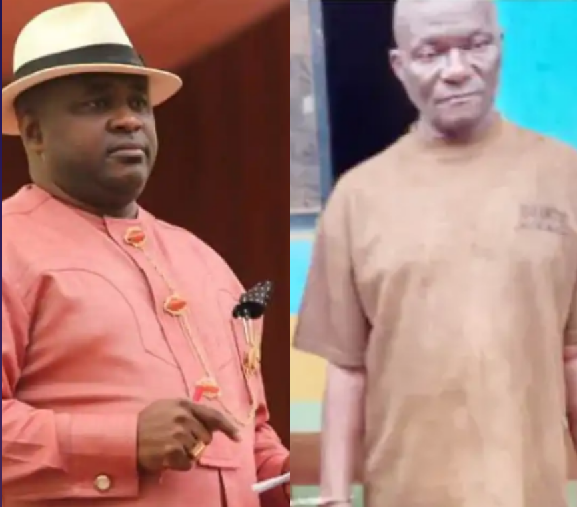 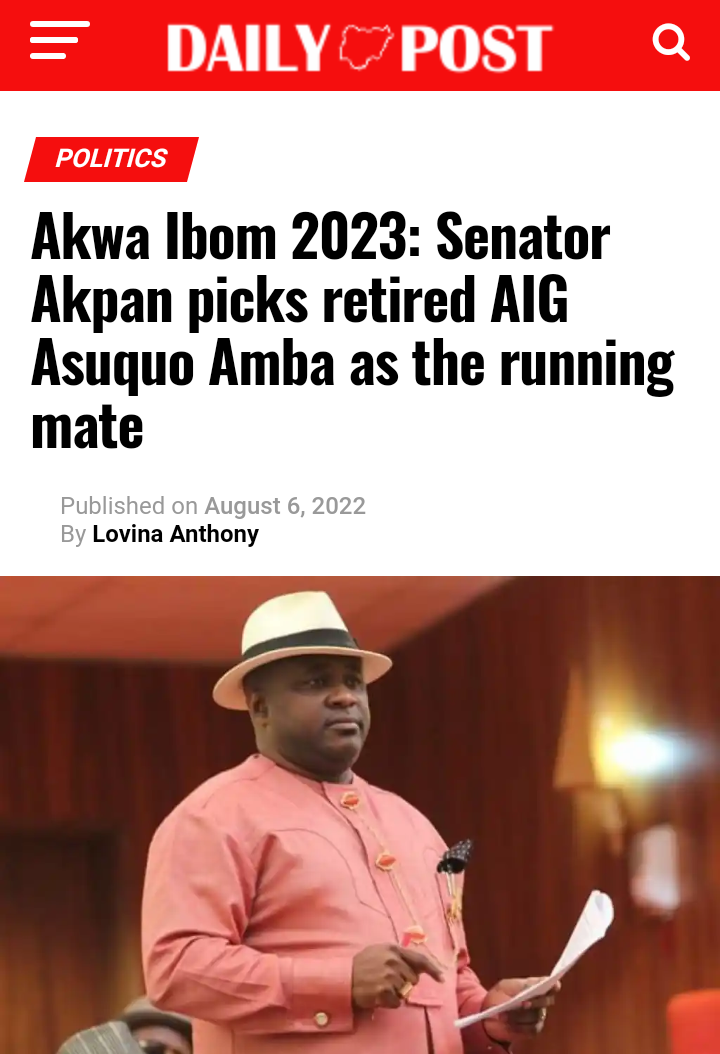 Senator Akpan, who emerged the consensus governorship candidate of YPP on Thursday, said it was expedient to choose a deputy whom he said emerged following a wider consultation so that they can hit the ground running.

Speaking at the party’s secretariat in Uyo, Senator Akpan said that his government will be based in “3Rs”: Recover, Reconcile and Reposition; and described AIG Amba (rtd) as “a man who has served this country, meritoriously, with passion… a true Akwa Ibomite who did his job for Nigeria in the Nigerian Police Force, with an incontrovertible Curriculum Vitae.”

Bizarre Things Nigerians Do To Get Money 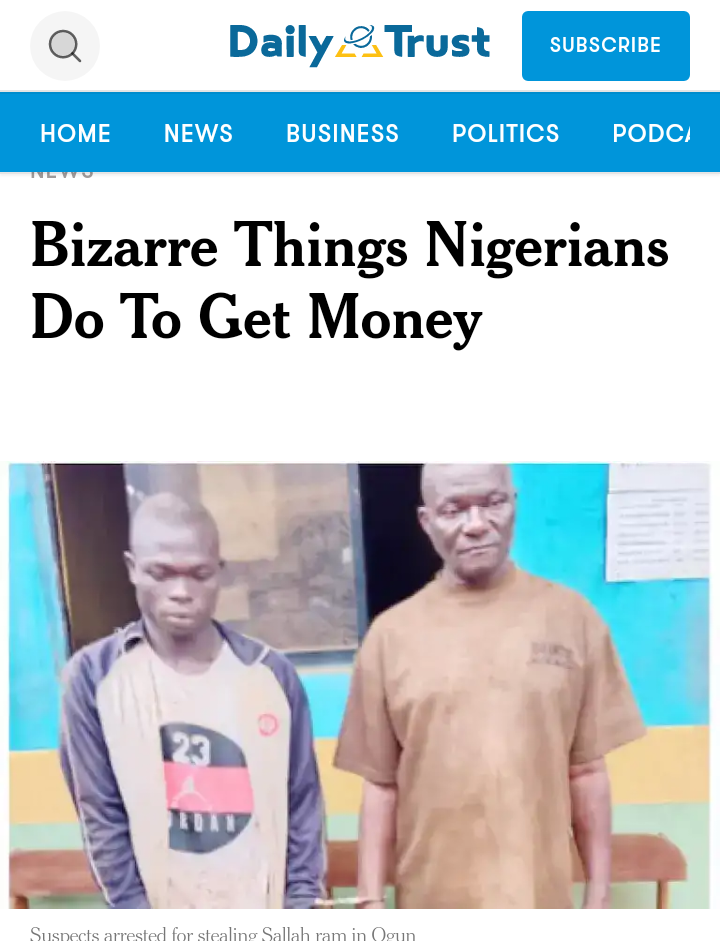 There is dignity in labour and many hardworking Nigerians daily engage in menial jobs and other small scale businesses to earn decent and legitimate incomes to put food on their tables. However, some Nigerians, rather than engage in legitimate activities to earn decent incomes, choose to do some unthinkable things to make money and live large.

Daily Trust Saturday, in this report, chronicles some of the absurd things people engage in in their quests to make money.

In Jigawa State, a 21-year-old man identified as Abba Haruna removed the roofs and doors of many mosques in three local government areas under the pretence of building new ones for them. 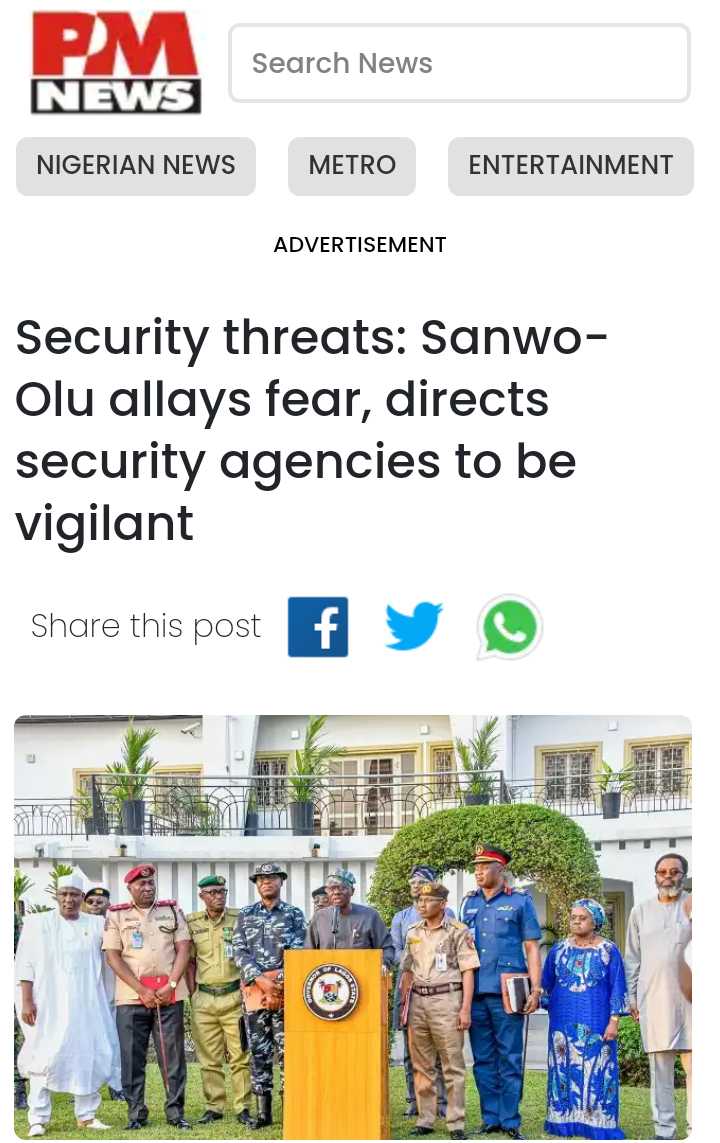 Lagos State Governor, Babajide Sanwo-Olu, on Friday, received firsthand briefings on the level of alert from the commanders of all security formations in the State.

This is coming against the background of the reported security threatwts to the city of Lagos. The security chiefs briefed the Governor during the State security meeting held behind closed doors at the Government House in Marina.

Rising from the meeting, Sanwo-Olu disclosed that members of the State Security Council had reviewed the situation across flashpoints in the State, directing improved vigilance to neutralise intending threats.

The Governor allayed the fears of the residents, telling them there was no reason to panic. He said all security formations had been put on high alert to ensure public safety.

Our Military Is Good But No Political Will To Fight Terror—Sen. Orker Jev 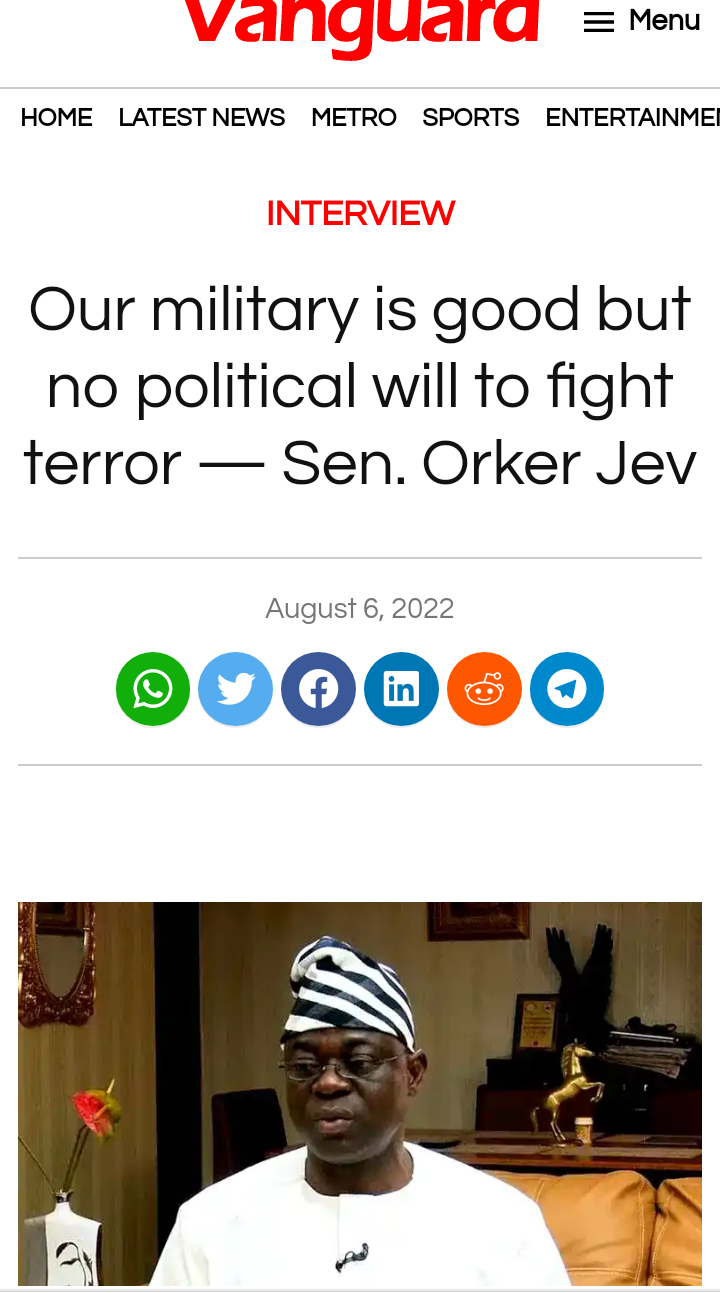 Sen. Orker Jev represents Benue North West Senatorial District in the National Assembly. In the interview he reveals the number of Senators who endorsed the impeachment move against the President, what would happen at the end of the six weeks notice, why insurgency has festered in the north despite the funds budgeted to fight the menace, the threat it poses to the successful conduct of the 2023 elections and more.

Before the Senate went on recess, PDP Senators and other opposition senators including some from the APC issued a six-week impeachment notice on the president over the lingering insecurity in the country, asking him to tackle the menace headlong or face impeachment.