By IniMorgan (self media writer) | 24 days ago 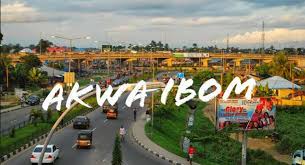 While I support the zoning principle in our overall polity, I wish to be frank about how hypocritical its consideration is in the All Progressives Congress (APC) in Akwa Ibom State. In the same way that I advocate that the APC at the national level sets aside the years of the PDP from the working of her plans, and count her privileges only as the party enjoys hers, so do I insist that we must start counting the party's privileges at the level of the Presidency with the Muhammadu Buhari's Presidency.

Taken that the APC has enjoyed her first shot at the Presidency, and how that privilege presently resides in the North, it is my opinion that it should, by 2023, return to the South via the subsisting principle of rotation, not spiting the agitation by Northerners who need the presidency retained in the North, even when their logic is selfish, counting on the years the region has enjoyed the Presidency in the 4th Republic against that of the South - with a difference of less than a term of office identified.

The people of Itu/Ibiono federal constituency of Akwa Ibom State are agitating for the same opportunity in Akwa Ibom State. Unfortunately, the scenario of the APC in Akwa Ibom State is different from what presently obtains at the national level, in that while the PDP maybe clamouring for the governorship seat to move to Uyo Senatorial District, as it should, the APC cannot follow the years of the PDP in that regard. It will be very absurd to delimit her chances at taking power by so doing! 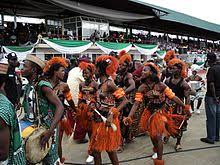 The party should work at ensuring that power is taken in the State, in spite of zoning. Why would the party be zoning the governorship ticket when it has not enjoy power for one day? Its a stale logic, meaningless, and an outdated strategy. It is absurd when Itu/Ibiono federal constititiency clamours for the delimitation of the governorship ticket to suc appalling level, counting and including the years of military rule, and it is a clear aberration in a democracy. It sounds like asking for the State Governorship seat to be dished out to them. Who dishes out political power, as on a dinning table?

While this is my opinion, let's not forget that while the PDP zoned her governorship ticket to the Eket Senatorial District in 2015, in her 3rd, and last leg of the rotation of power in the State, the APC presented a candidate from Uyo Senatorial District, who picked the party's ticket. That is a history that should not be forgotten in a hurry. How would the party explain such event in our present clamour to take power in the State? Was there any exclusion of aspirants at that time? Let's take that point home.

I will not be deceived into believing that the emergence of Dr Nsima Ekere in 2019 was from zoning. Though so it seemed, but no one fools all the people all the time. It was sorely about his advantageous positioning in the NDDC, his access to our commonwealth, and the grand conspiracy of the PDP cabal, which defected to the APC, to exclude the father of the State's opposition struggle, Senator John James Akpanudoedehe, from the race. I was a part of that process and I need nobody to teach me nonsense. Mark the word "exclusion" a second time. 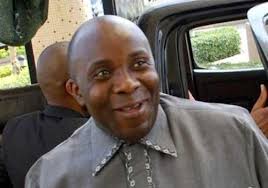 If Dr Ekere had no political office, heading into the 2019 elections, I am so sure he would not have emerged the candidate of the APC for that election. Let's not hide behind zoning and buy into an unintelligent logic. In Akwa Ibom State, people seek where they can take peanuts home on election days. This is to what level our people have been reduced and mentally degraded.

Counting to 2023 in the Akwa Ibom State, I will support "jungle justice", in spite of the differences in our political passions. Let the most daring candidate who can plant his men in the party structure, to pick the Governorship ticket, do so. The candidate of the party in 2015 bought off the party structure: was that zoning? How did Dr Nsima Ekere get his Wards and LGAs party structure? It has continued to be about personal interest: so, let's go there!

How did the structure of the party emerge at the Wards and LGAs for 2019 Governorship election? I am building my tomorrow on the history I have refused to forget. The APC in Akwa Ibom State has from 2015 been on the survival of the fittest aspirant. Let's us therefore begin to think on counting on zoning after power has been won by the party in the State, and work together, collectively, to do so in 2023. 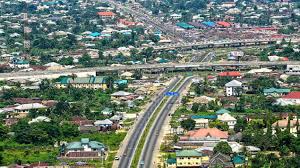 We, in the APC, went to "hell" to remove the PDP from power at the centre in 2015, and that included making Muhamnadu Buhari our presidential candidate in 2015. It was about taking power at the Centre, and not exactly about the zoning of the Presidency. The APC in Akwa Ibom, in 2023, remains where her national chapter was before the 2015 presidential election.

On my mention of Muhammadu Buhari, let's not forget that he was persuaded to unretire himself from partisan politics, he was begged and sponsored to throw his interest into the race, with every assurance given to him that he would win - he was literally begged to submit himself for the race. The PDP suffered "jungle justice" in the hands of the APC, in order for her to concede political power at the centre. Are we forgetting the Orubebe drama at the National (Presidential Election) Collating Centre?

It took the fear of a "tribal war" for Jonathan to concede his Presidency - Osita Chidioka would say it better. In the battle to take power in Akwa Ibom State, the State Chapter of the APC must prepare for the battle of the fittest. Whoever that battle throws up should be totally supported by all members of the party, and those who cannot, must not remain in the party. I just need to be honest with myself. I cannot forget history, an ugly one I need to leave in the past, and embrace an enduring and an assuring future, ensured and insured. 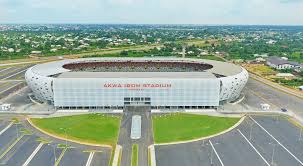 We are used to exclusions in the APC in Akwa Ibom, let those who will suffer same bear it. I suffered it and I bore it. It was the Secretary that Dr Nsima Ekere imposed on my Eastern Ward 1 who was the same person who sold out our "voided" governorship election result for N100,000 on the way to the Ward Collation Centre. I challenged him before the Ward elders but no one moved a brow. It was that event that gave me the mobile numbers of my Principal for the very first time, and I am grateful it happened.

I do not really need to make sense or be reasonable on this matter, brothers and sisters. I am already in the "jungle" like my brother, Thomas Thomas is, in the forest beyond his River. It is just my entitled opinion: let the fittest in Akwa Ibom be supported to take power by the force of his strength. Whosoever he is!