It is no longer a secret that Bola Tinubu, a former Governor of Lagos state, and the National Leader of the All Progressives Congress (APC), is nursing the dreams of succeeding President Buhari, whose tenure would end in 2023. Despite that Bola Tinubu has not officially declared his intentions to contest the 2023 presidential election, his campaign posters have been sighted at different locations in recent times.

It should be recalled that not long ago, campaign posters of the former Governor of Lagos state, flooded the streets of Abuja. This is coming at a time when the North and Southern regions of Nigeria, are at loggerheads over where the next President of the country should come from. As the debate is still raging on, campaign posters of the APC Leader, Bola Tinubu, a Southerner, surfaced in London.

Since photos of the posters began making the rounds on social media, many Nigerians have continued to take turns in reacting to it. There is no doubt that the surfacing of campaign posters is part and parcel of the electioneering process. However, the question we should be asking ourselves is whether the one of Bola Tinubu, which was recently sighted in London, came at the right time. In my view, the answer to this question is obviously a no.

It should be recalled that for a while now, many Nigerian youths have been agitating for younger leaders. This is coming at a time when the former Governor of Lagos state, is currently in London, where he is said to be receiving treatments over an undisclosed ailment. With this in mind, one may not be wrong to say that his recent campaign posters, which were sighted in London, came at the wrong time. You will agree with me that his current stay in London, and the reason behind it is no longer a secret. 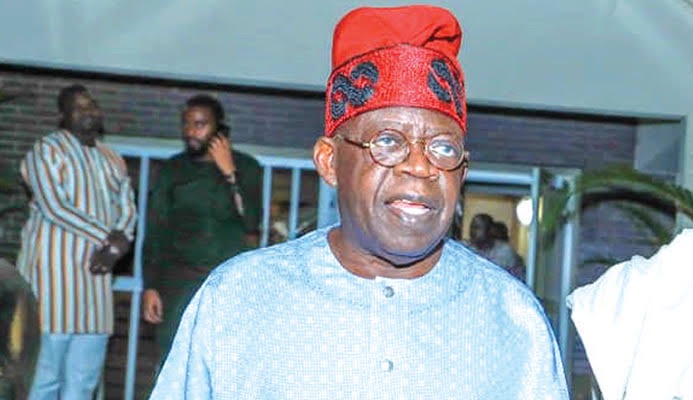 Arguably, this could cause many Nigerians to doubt the fitness of the APC Leader to handle a country like Nigeria where there are many challenges confronting the people. With this, one may not be wrong to argue that the wrong timing of the release of Bola Tinubu’s campaign posters recently sighted in London, could impact negatively on the people’s willingness to support him. In my view, those behind the release of the posters ought to have waited until Bola Tinubu returns to Nigeria.