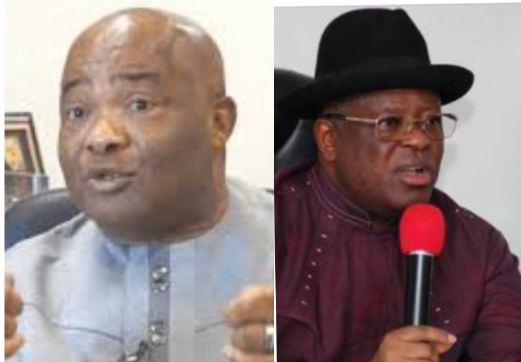 Pained by the killing of security operatives and extensive destruction of property at Izombe in Oguta Local Government Area of Imo State at the weekend, Governor Hope Uzodimma has vowed that the perpetrators of the mayhem would be unmasked and brought to justice. 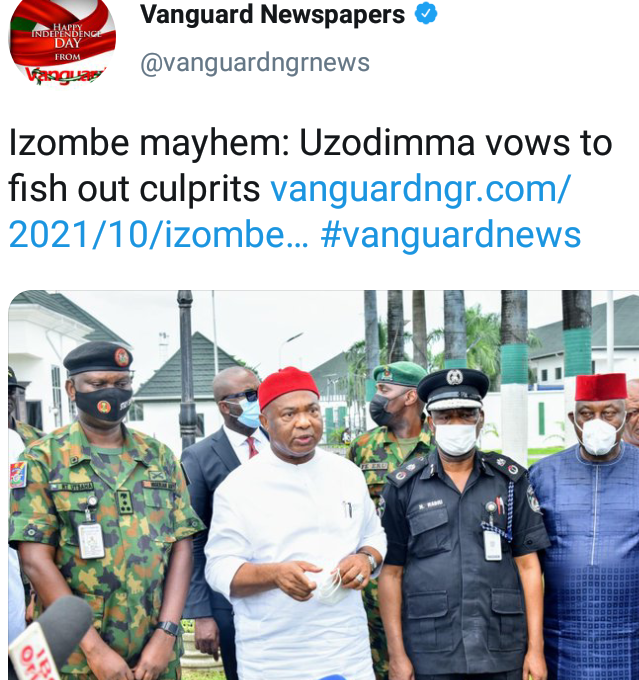 He has also promised that government will set up a Panel of Inquiry that will look into the immediate and remote causes of the crises and make recommendations that will help stop further occurrence.

Addressing newsmen on Monday in the company of military and police authorities, the Governor expressed dismay over the ugly incident, particularly a situation where bandits confronted the Military Patrol, burnt their vehicle, abducted and killed two soldiers, and made away with their riffles.

A former media aide to Governor David Umahi of Ebonyi State, Godfrey Chikwere, has been arrested over alleged fake news. 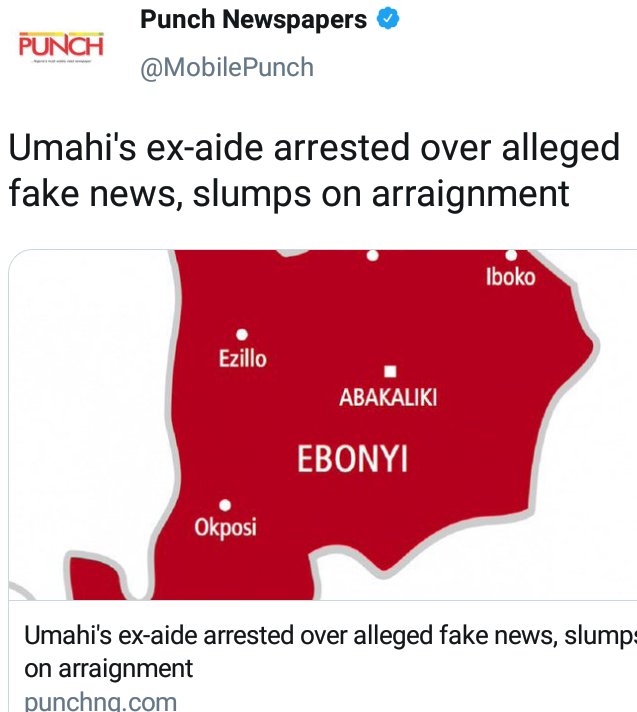 PUNCH Metro gathered that Chikwere allegedly made a post on his Facebook account that the Nigerian Army had lost self respect and that politicians were the ones behind killings and would be the ones to give victims’ families money to start up businesses, in the state.

Rumours making the rounds, which were read on several social media platforms, on Sunday, said the Commissioner for Information and Orientation in the state, Uchenna Orji, was behind his arrest.

Investigations by our correspondent revealed that he was to be arraigned in court, on Monday, by the Police, but reportedly slumped at the Command’s Headquarters, as a consequence of ill - health.

Vehicular movement was disrupted on Monday on Ring Road, Edo State, as pensioners blocked an entire section of the road to protest against the non - payment of 10 years’ gratuities of workers from the state civil service and 13 years for local government retirees. 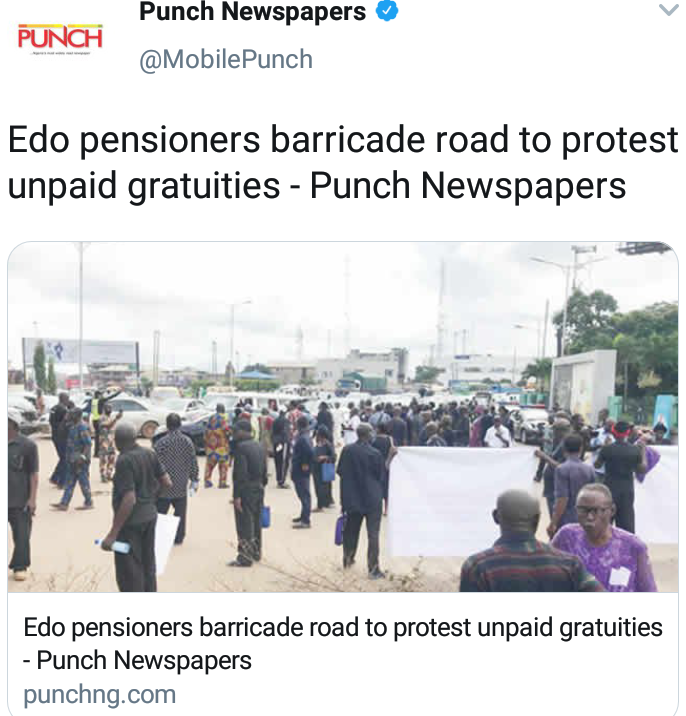 They also kicked against the continued deduction of one per cent of their income for the Nigerian Union of Pensioners, adding that their pensions had not been harmonised to ensure that all those who retired at the same level earned the same amount irrespective of the year they left service.

The blockade of the city centre caused gridlock along adjoining streets, including Airport Road, Ezoti Street, Reservation Road, parts of Sapele Road, among others.

Delta south senatorial district of the All Progressives Congress, APC, has passed a motion to boycott the Saturday’s state Congress of the party. 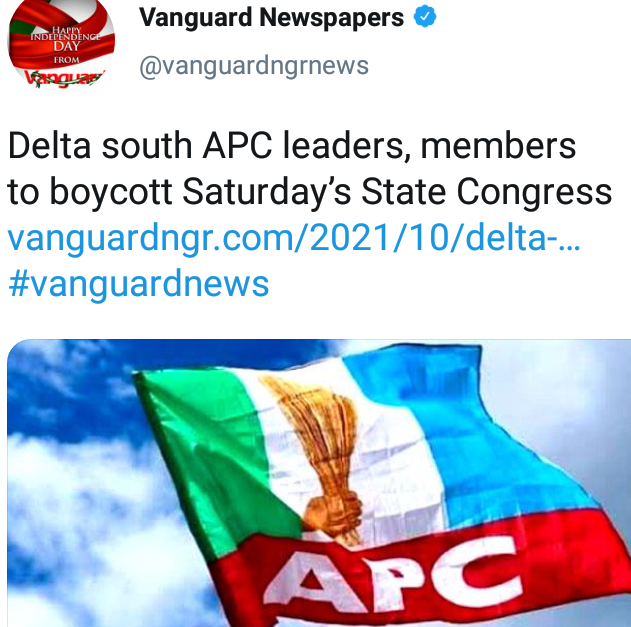 Mr Silas Bowei moved the notion that was supported overwhelmingly at the meeting to boycott the state Congress of the party and cancellation of the previous Ward and local government congresses.