Today's Headlines: APC Supports Osinbajo For 2023 Race, No Interest To Contest In 2023 Poll-Jega

By sulayadisa (self media writer) | 6 days ago 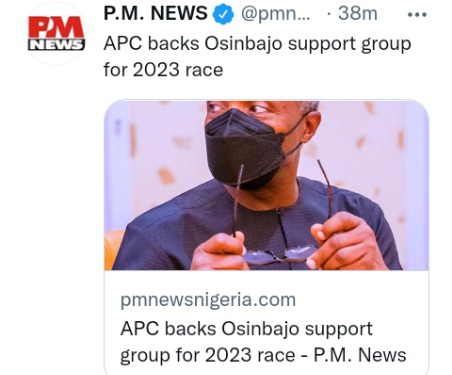 In a move that will stir some political dust, the All Progressives Congress has recognised the Progressives Consolidation Group, canvassing support for Vice President Yemi Osinbajo to emerge as presidential candidate in 2023.

According to a report, the group got the APC national secretariat approval, in a letter signed by the Director of Administration, Alhaji Abubakar Suleiman. 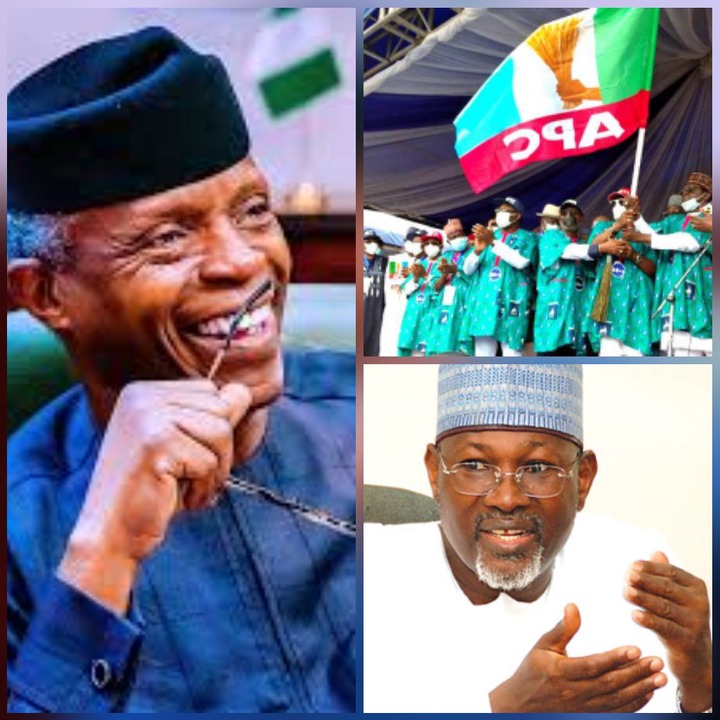 Jega: I've no interest in contesting for presidency in 2023 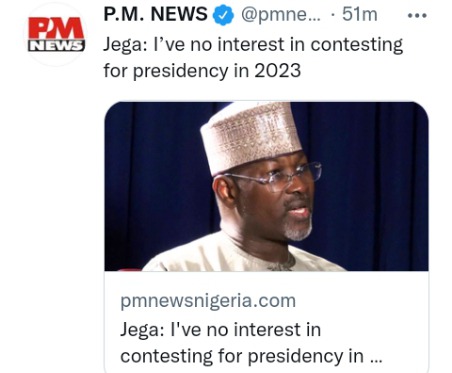 Professor Atahiru Jega, the former chairman of the Independent National Electoral Commission (INEC) has said he is not interested in contesting for the Nigerian presidency in 2023.

Jega said this on Saturday while speaking at a lecture organised by Kwara Visioners Network for Rural Development in Ilorin, Kwara State capital. 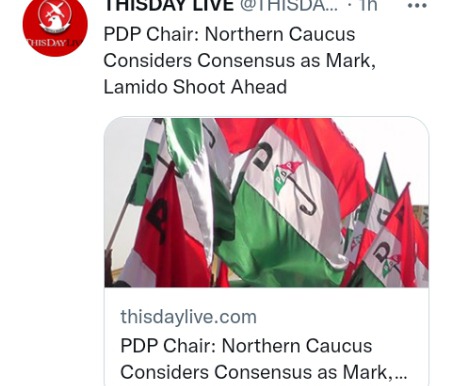 As the race for the position of the National Chairman of the Peoples Democratic Party (PDP) gathers momentum, northern leaders are considering the adoption of a consensus option to select the chairman of the main opposition party, following the zoning of the office to the region, THISDAY has learnt.

Investigation has however revealed that a former President of the Senate, Senator David Mark and a former Governor of Jigawa State, Alhaji Sule Lamido have remained the front-runners in the race for the PDD chairman. 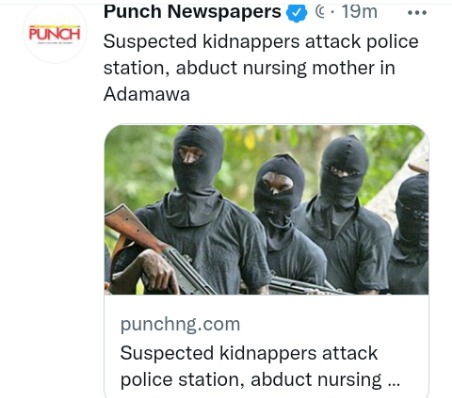 Suspected kidnappers have attacked Ngurore Police station in Yola South Local Government Area of Adamawa and abducted a nursing mother in the area.

DSP Sulaiman Nguroje, the Police Public Relations Officer in the state, confirmed the development to the News Agency of Nigeria on Sunday.

According to Nguroje, the criminal gang attacked the station at about 2 am on Sunday, but no casualty was recorded. 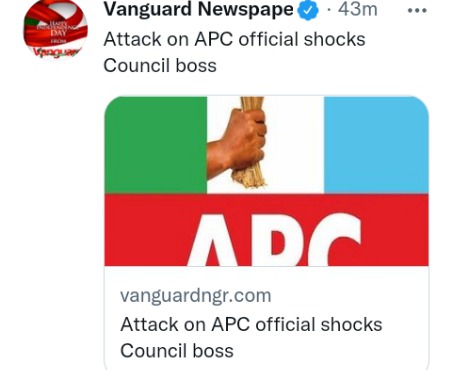 He said the attack and burning of the house belonging to Mr Paul Angbazo, the elder brother to the APC chieftain, was uncalled for and ungodly.

Idris stated this on Saturday while commisserating with the victim in Wakama, Nassarawa Eggon Local Government Area.