After Host Communities Fought During The Public Hearing On PIB, See What Senator Shehu Sani Said

By PaulimmasNews (self media writer) | 1 year ago

﻿After Host Communities Fought During The Public Hearing On PIB, See What Senator Shehu Sani Said 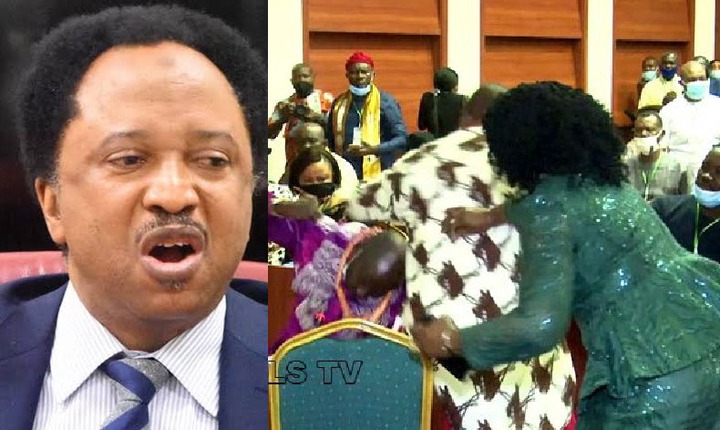 Shehu Sani, a former senator in the Nigeria National Assembly, has reacted to the fight involving host communities at the National Assembly during the hearing of the Petroleum Industry Bill (PIB) 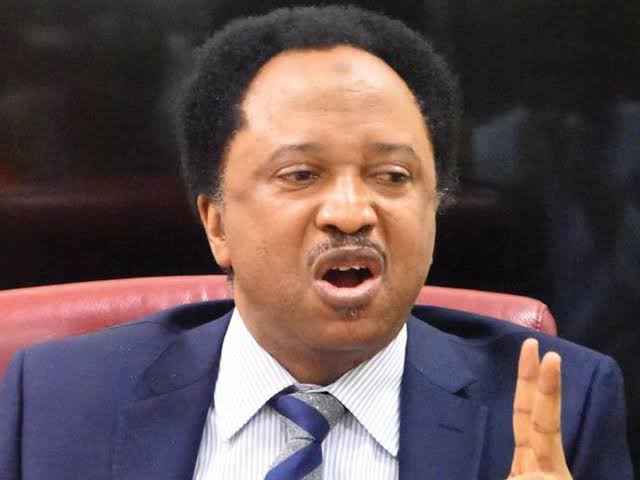 Fight started when members of host communities were called to the podium to make presentation on the public hearing. One of the Itsekiri leaders stood up to speak but he was opposed by leaders of other host communities, which then lead to exchange of blows. 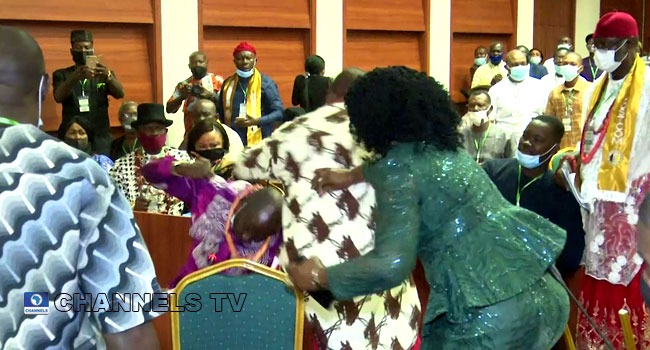 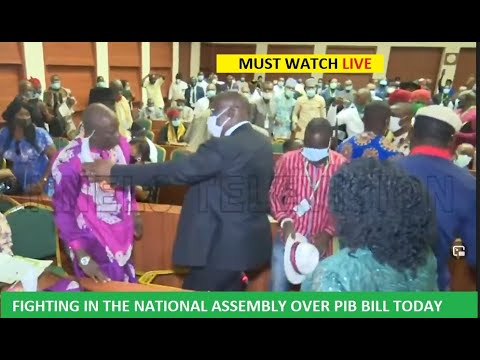 Peace was later restored following the intervention of security agents in the hall including police and Nigeria Security and Civil Defence Corps (NSCDC), and each host community was later allowed to speak.

Reacting to the fight by the oil and gas host communities, Shehu Sani said the fight during the public hearing between the leaders of the oil communities would be a child's play when compared to what will happen when you ask the NASS to restructured the country. 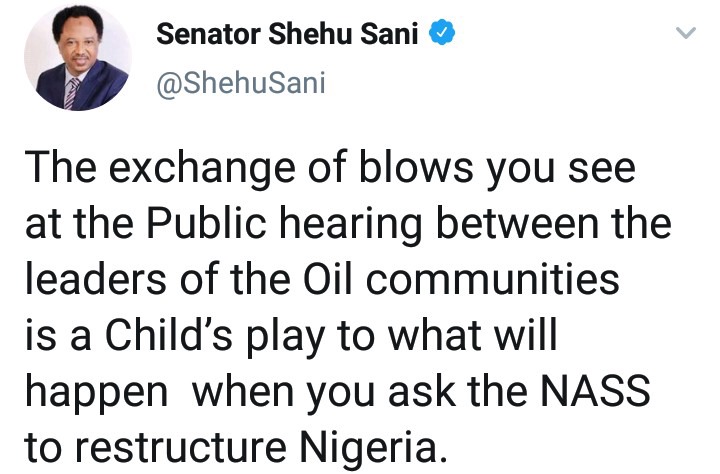