By Charlysac (self media writer) | 8 months ago 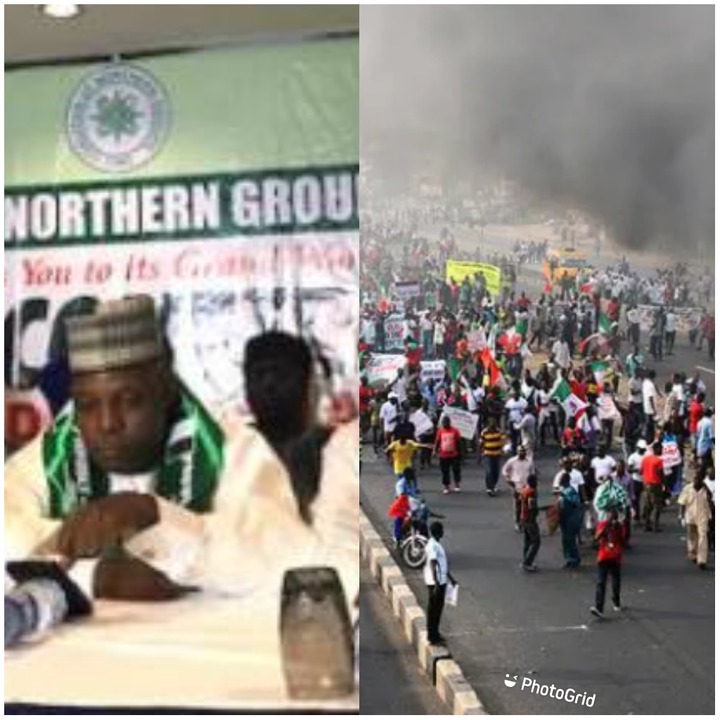 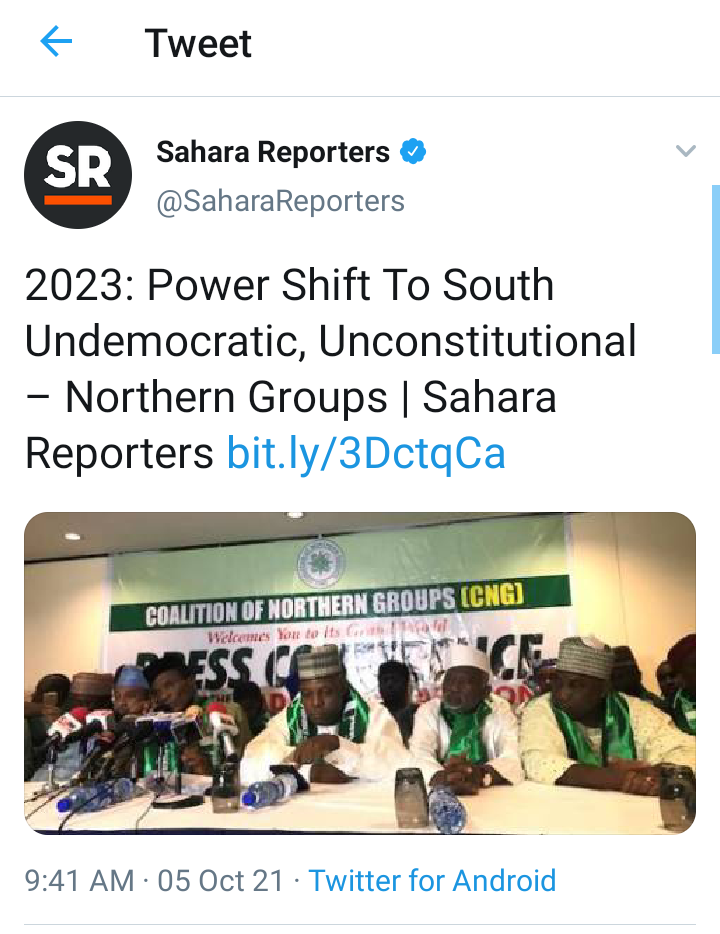 The Coalition of Northern Groups (CNG) says the zoning arrangement by political parties is unconstitutional and a plot to intimidate the North from contesting for the presidency in 2023.

On Monday, CNG's spokesperson Abdul-Azeez Suleiman, said the group aligned with the position of the Northern Governors’ Forum, asking the political parties to jettison the idea of zoning the post to the southern region of Nigeria.

He said the north would not be obliged to any zoning arrangement for elective positions in the forthcoming general election.

“We find the renewed desperation by the South to threaten [the] northern people’s right to franchise a deliberate attempt to bastardise democracy, cause greater instability in the guise of contentious undemocratic power shift arrangement and therefore unacceptable,” he said.

Another Protest Begins In Abia 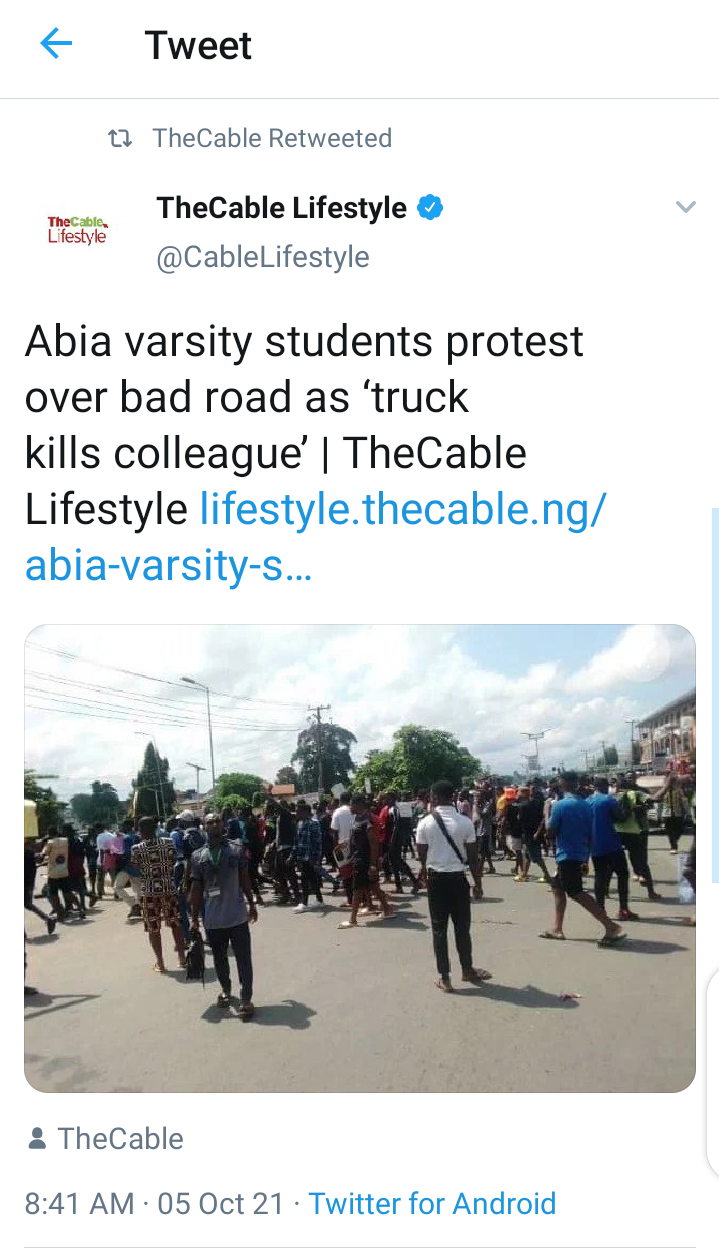 Some students of the Michael Okpara University of Agriculture, Umudike (MOUAU) in Abia on Monday embarked on a protest over the bad state of Umuahia-Ikot Ekpene road in the state.

The demonstration comes a few hours after a truck reportedly killed a final-year student of the institution on the road on Sunday night.

According to NAN, the students carried placards with the inscriptions like “Fix Umuahia-Ikot-Ekpene road”, “Enough is Enough” as well as “I want to graduate and be a corper not a corpse”.

The students marched through major streets of Umuahia to register their displeasure over the inability of the federal government to fix the road.

They also blamed the state of the road for the road accidents that had claimed the lives of road users especially students of the school. 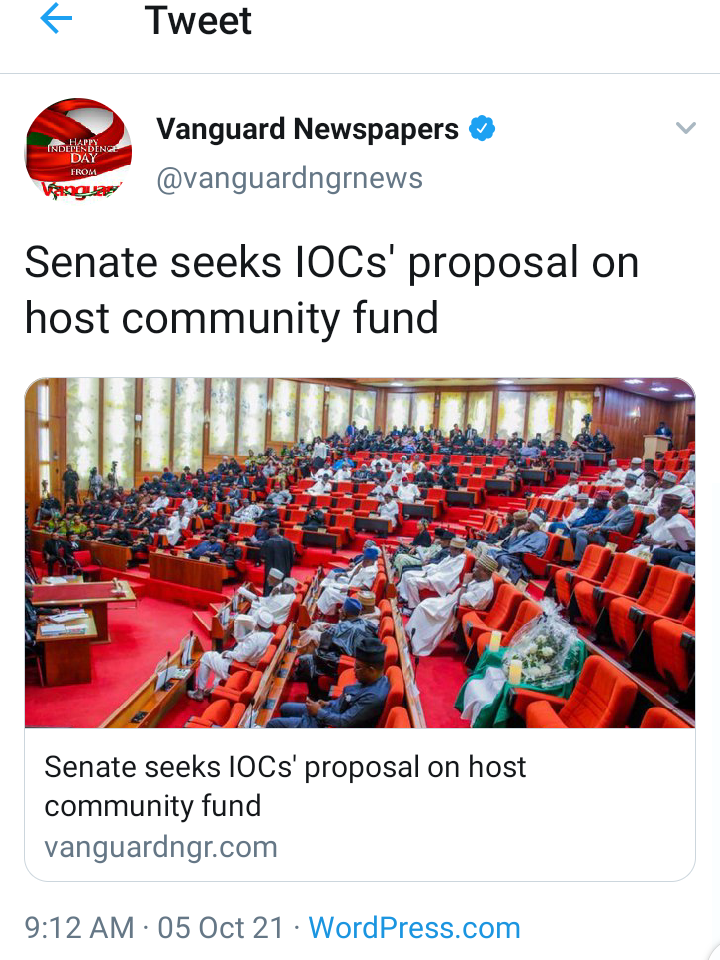 The Senate of the Federal Republic of Nigeria has urged the International Oil Companies, IOCs, to submit their proposal for the setting up of the Host Communities Trust Fund for the panel’s perusal.

The Chairman, Senate Committee on Petroleum Resources (Upstream), Senator Bassey Akpan, who disclosed this at a meeting with oil companies, said the proposal is one of the major provisions in the Petroleum Industry Act, PIA. 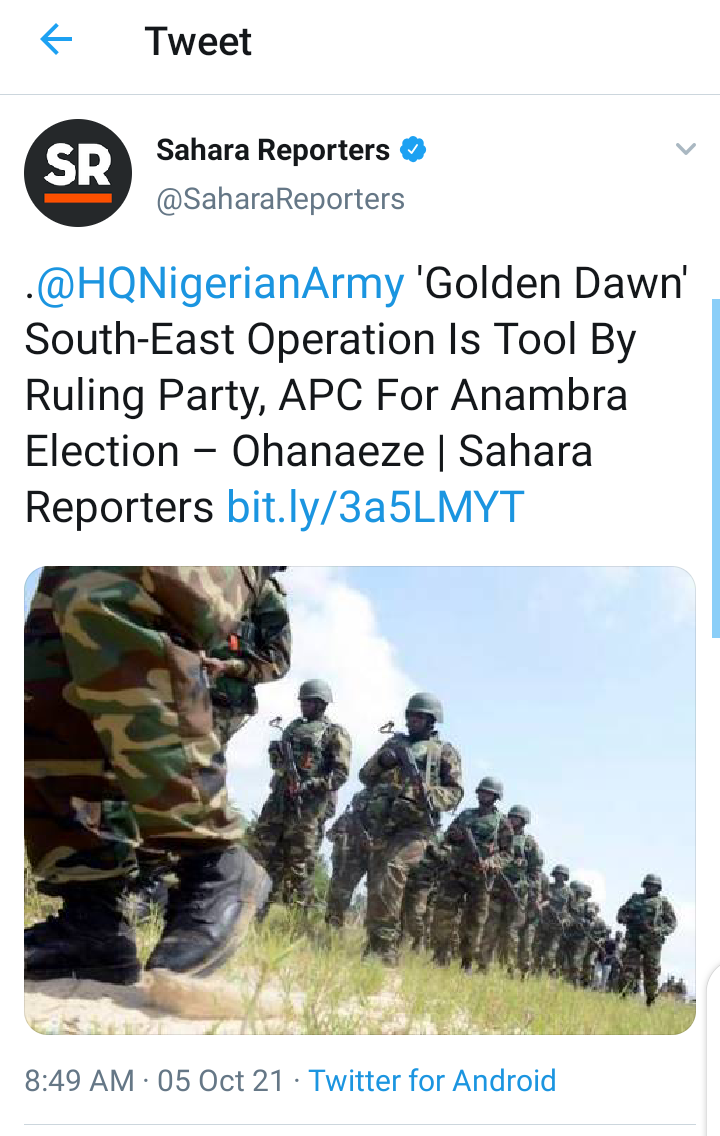 Ohanaeze Ndigbo Worldwide has alleged that the newly launched “Operation Golden Dawn” in South-East Nigeria by the Nigerian Army may be the latest strategy by the All Progressives Congress to edge other political parties participating in the November 6 governorship election in Anambra State.

The group also called on the Federal Government and governors in the South-East to ensure that the Nigerian Army abides by the rules of engagement with high levels of professionalism based on military ethical standards.

Ohanaeze, in a statement signed by Okechukwu Isiguzoro, its Secretary-General, alleged that the action of the previous operation Python Dances was responsible for the increased violence and insecurity in the South-East region.