By Toptrendsmedia (self media writer) | 9 months ago 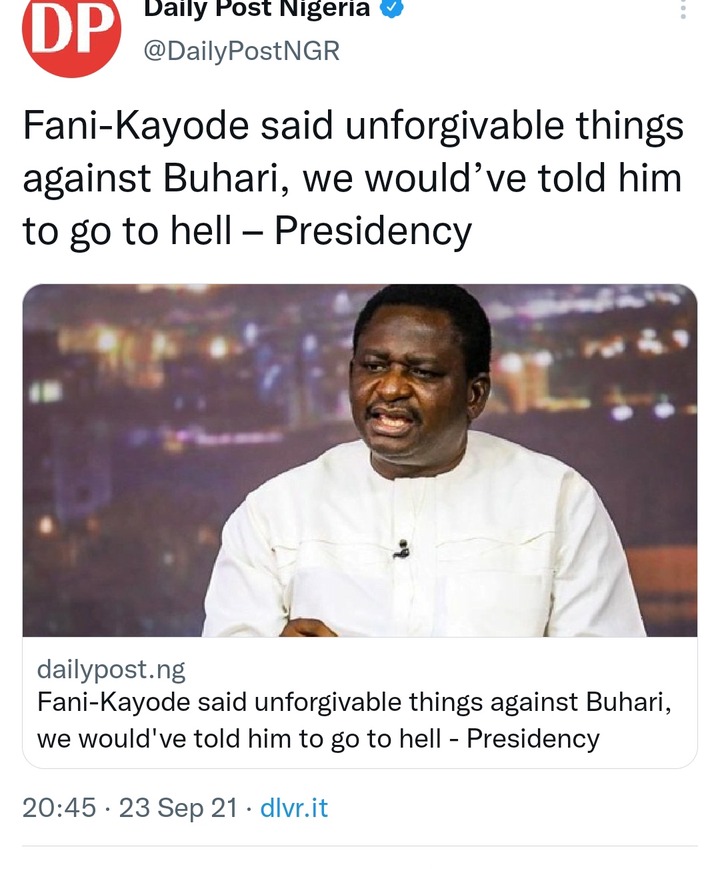 The presidency has said that the former Minister of Aviation, Femi Fani-Kayode had said unforgivable and unpardonable things against President Buhammadu Buhari prior to his (FFK) recent defection to the ruling All Progressives Congress, APC.

In a statement by President Buhari’s spokesman, Femi Adesina, the presidency said Fani-Kayode has however, received mercy and forgiveness from the Nigerian leader.

DAILY POST recalls that the human rights lawyer, who was a major critic of the current administration, last week shocked Nigerians when he officially dumped the Peoples Democratic Party for the APC. 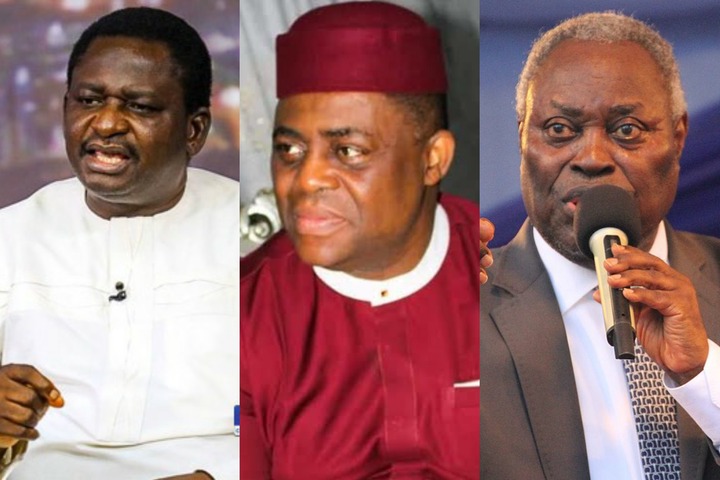 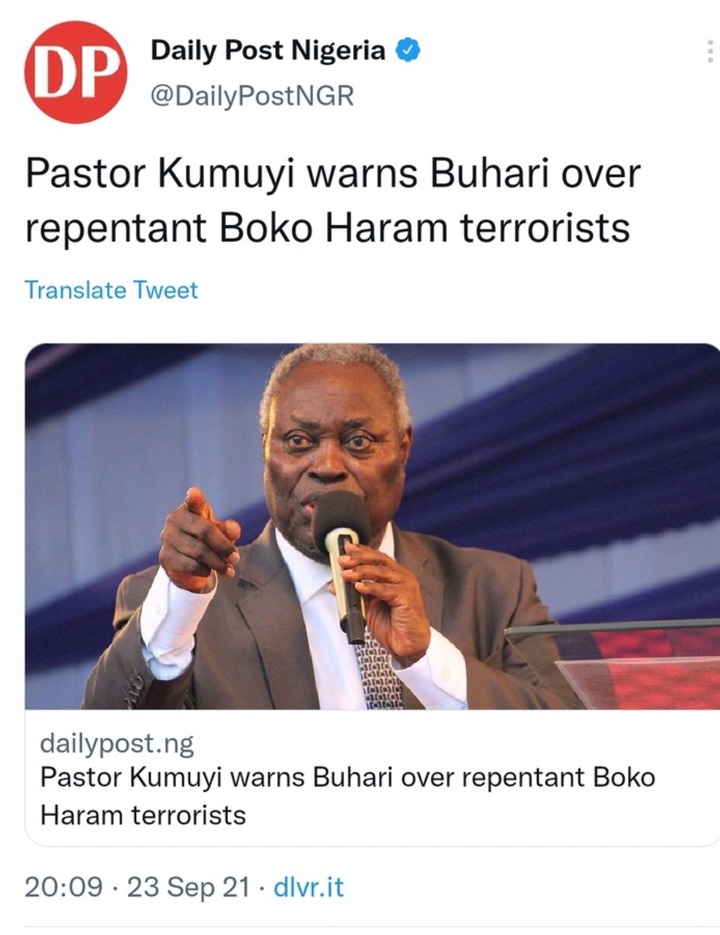 Kumuyi said the Federal Government should be careful on the matter.

He spoke during his arrival in Abuja for a 5-Day crusade with the theme, “Divine Solution Global”.

The Deeper Life Superintendent General said such action would help to restore peace in Nigeria. 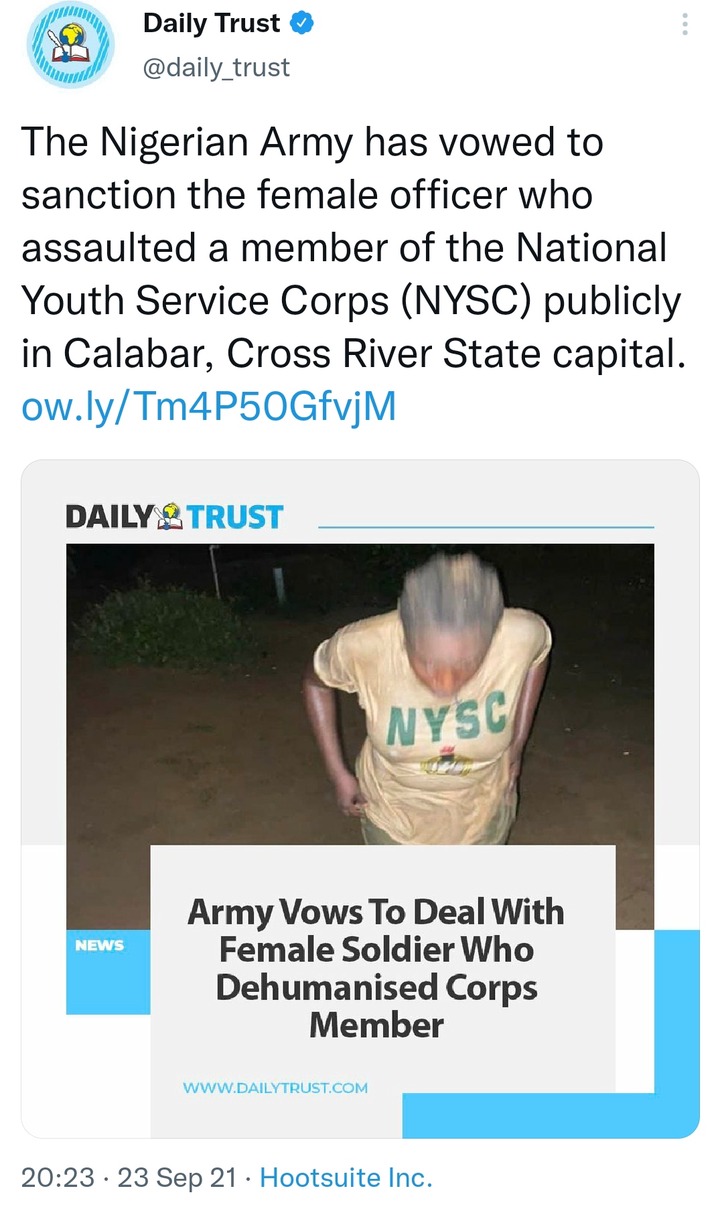 The Nigerian Army has vowed to sanction the female officer who assaulted a member of the National Youth Service Corps (NYSC) publicly in Calabar, Cross River State capital.

In a viral video, the soldier was seen pouring dirty water on the corps member who was fully kitted.

Agba Jalingo, a citizen journalist, had shared the video, asking social media users to reshare until it gets the attention of the army authorities.

The video generated outrage on social media as many Nigerians shared experiences of brutality by some military personnel. 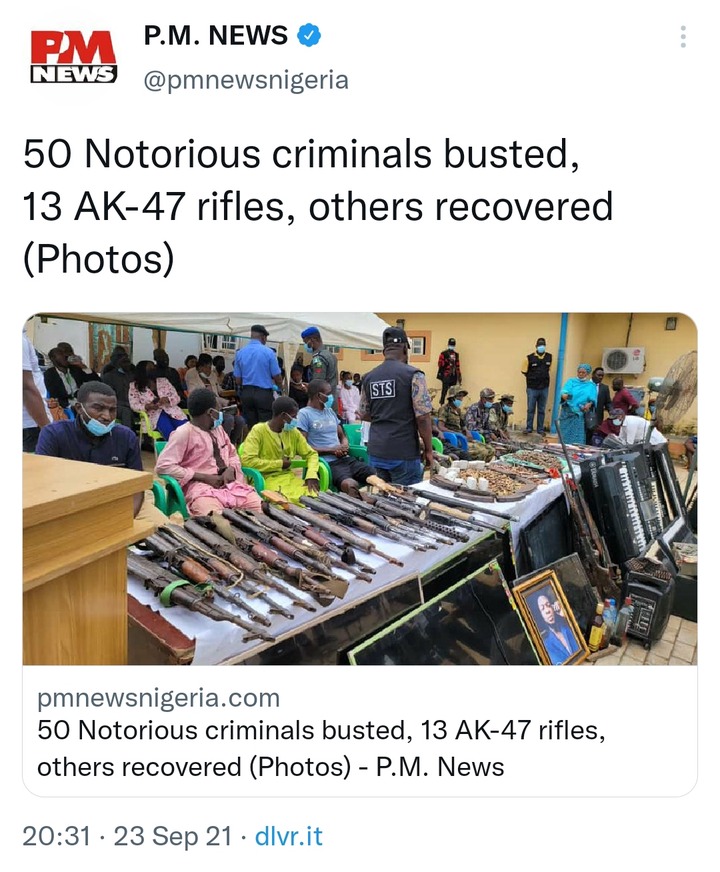 The Nigeria Police Force says its men have arrested 50 notorious criminal suspects with assorted rifles and 2,720 ammunition of different calibre.

The suspects were paraded on Thursday in Abuja.

Force Public Relations Officer, CP Frank Mba said the notorious criminal suspects were arrested for their involvement in different crimes, including kidnapping, banditry, unlawful possession of firearms, trading in illicit drugs, among others. Worried by current state of the economy, a CSO, the New Era for Sustainable Leadership and Accountability Initiative, NESLAI, has called on President Muhammadu Buhari to sack his economic team in order to arrest the situation from wobbling into unmanageable proportion.

The NESLAI, which made the call, Thursday, lamented that those charged with the responsibility of managing the economy have gone in the opposite direction and allowed the fortunes of the average Nigerian to nosedive.

Addressing the newsmen in Abuja, Comrade Edwin Femi, the Executive Director of NESLAI, lamented that despite the good intention of President Buhari, certain components of his administration have failed to match his vision.